What time is Rafael Nadal playing at Wimbledon today? 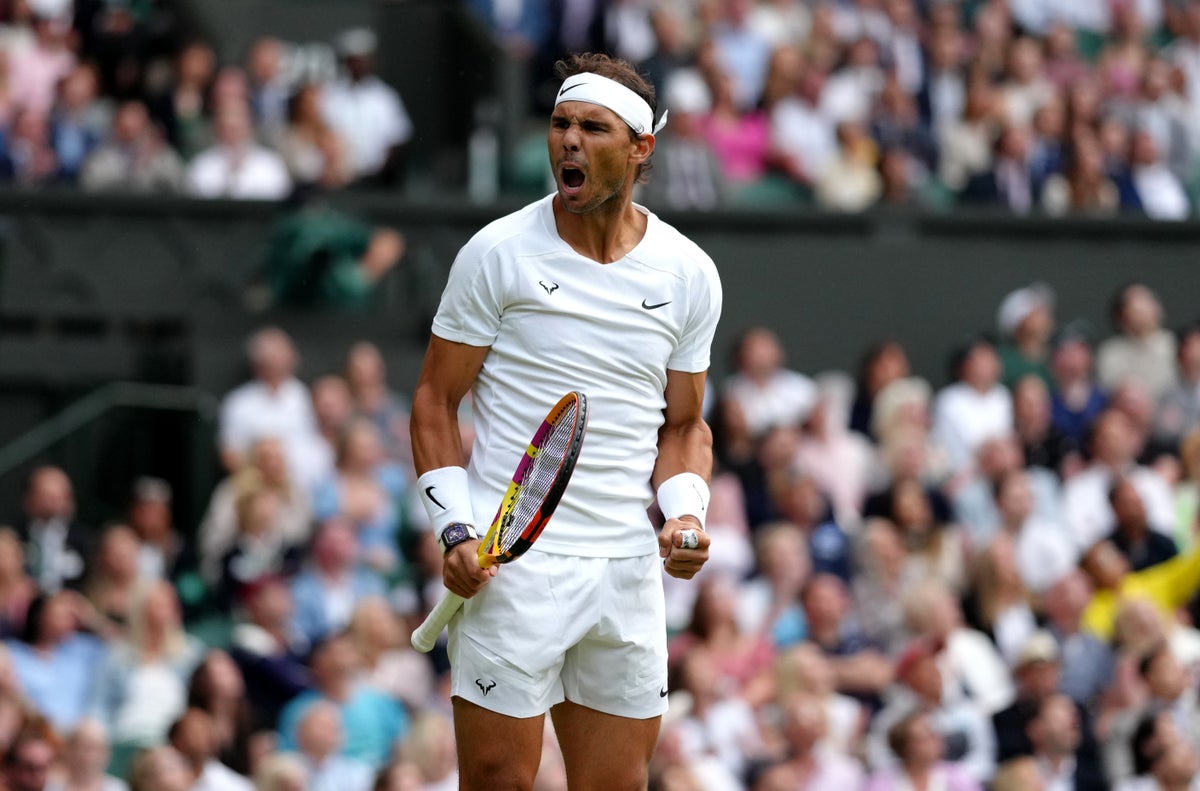 Rafael Nadal returns to action on Day 8 at Wimbledon with the Spaniard up against Dutch player and 21st seed Botic van de Zandschulp. There is plenty more to look forward to before that on Centre Court with Nick Kyrgios looking to put the bitter third-round match against Stefanos Tsitsipas and a $4,000 fine behind him when he faces the USA’s Brandon Nakashima.

The last remaining Grand Slam winner in the women’s singles is Simona Halep and the Romanian, a champion here in 2019, battles fourth seed Paula Badosa, with the Spaniard able to match a career-best performance at a Grand Slam by reaching the quarter-finals. Harmony Tan’s incredible run continues, too, with the French star inspired since her first-round win over Serena Williams and set to face American Amanda Anisimova.

There’s plenty of doubles action today too, including Jamie Murray and Bruno Soarez, back in the third round of the men’s doubles against John Peers and Filip Polasek in an intriguing battle, while Coco Gauff, beaten in the singles by Anisimova on Saturday, will hope her doubles journey continues in the mixed alongside Jack Sock when they face Alize Cornet and Edouard Roger-Vasselin in the quarter-finals. Follow all the action from day seven, including live updates and results from the All England Club

Kyrgios makes sure the fourth set remains on serve with an incredibly accurate serve down the T-line, seeing out the game with an ace from 40-30 up.

He’s starting the grumble to himself which suggests he’s becoming more at home on Centre Court and that his shoulder isn’t bothering him as much.

Game Nakashima. Good hold after a couple of deuces and no break point opportunities as Nakashima stretches to reach a cross court return and just manages to dink it over the net.

Maybe. A double fault from Nakashima gifts Kyrgios a chance and brings him to deuce.

His next serve is over to the right of Kyrgios and the Australian’s return doesn’t get over the net. Advantage Nakashima.

Some defensive work from Nakashima sees him looping the ball back over the net from well behind the baseline. Kyrgios twice fails to end the rally before fizzing an inside out forehand winner pas the American.

Nick Kyrgios grinds out a hold of serve in the first game out the fourth set. He’s 15-30 down before fighting up to deuce after a couple of double faults.

You can see that he’s furious with himself but calms down enough to serve out the game.

Incredible from Kyrgios. An ace first up on his serve before an absolutely rapid second serve sends him three points clear at 5-2.

Even more impressive are his next two returns. The first is smoked down the line with a backhand finish before he belts a forehand across court and takes the set!

2-1 to Nick Kyrgios. No breaks of serve so far.

Nakashima sends down a double fault and gives Kyrgios the advantage. He backs it up with a wide serve to the forehand that Kyrgios can’t return.

3-2 to the Australian in the tie break.

If Kyrgios felt any pressure at all he doesn’t show it. Three rapid serves put him 40-0 up then a deft backhand drop shot sees Nakashima hook his own return wildly out of play.

Nakashima puts the pressure back on Nick Kyrgios. The Australian has to hold serve once more to take the third set to a tie break.

The 20-year-old American has been mightily impressive today, he’s not been phased at all by playing on Centre Court or dealing with Kyrgios’ delays.

Game Kyrgios. From 15-30 up Nakashima fails to return the next two serves to put Kyrgios needing one point to hold.

He keeps it in play but is put on the defensive by the Australina. Nakashima sends back an attempted lob but Kyrgios smashes an overhead to take the game.