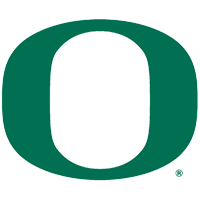 In their first conference road trip of season, the Huskies battled with a lot of effort to fight for a chance at the series sweep.

Dalayah Daniels led the Huskies in scoring with 10 points. Hannah Stines was next with eight, and Lauren Schwartz had seven.

The Huskies had 34 rebounds, with Haley Van Dyke and Jayda Noble leading the team with six each.

Washington recorded 11 steals, the most in a conference game so far this season. The Husky defense forced 19 turnovers that led to 14 points.

“First of all, credit to Washington State on a well-played game,” head coach Tina Langley said. “We have many things we will learn from today, and we saw some areas that continue to show progress. We look forward to getting back in the gym and continuing to grow as a team.”


Next Up: Washington stays on the road and heads to the Oregon schools. First up, the Huskies take on No. 18 Oregon in Eugene on Friday, Jan. 13 at 7 p.m.

Minnesota United has a new TV home thanks to Apple, but you have … – INFORUM