WiredFocus
WiredFocus > Apple > Kuo: Apple's First MacBook With an OLED Display to Launch as Early as Next Year – MacRumors
Apple

Kuo: Apple's First MacBook With an OLED Display to Launch as Early as Next Year – MacRumors

Apple plans to release the first MacBook with an OLED display by the end of 2024 at the earliest, according to supply chain analyst Ming-Chi Kuo. In a series of tweets today, Kuo said OLED technology would allow for thinner and lighter MacBook designs. 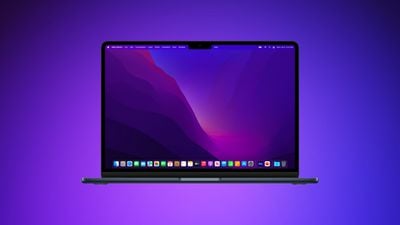 All existing MacBooks have LCD panels, with the latest 14-inch and 16-inch MacBook Pro featuring mini-LED backlighting for ProMotion. Unlike LCDs with mini-LEDs, OLED displays have self-emitting pixels and do not require backlighting, which would give the devices even better contrast ratio and allow for longer battery life.

Kuo did not specify whether the OLED MacBook would be a Pro or Air model. Last month, however, display industry analyst Ross Young said Apple planned to introduce a new 13-inch MacBook Air with an OLED display in 2024. He also expects Apple to release new 11.1-inch and 13-inch iPad Pro models with OLED displays next year.

While it appears that Macs and iPads will transition to OLED displays over the next few years, the Apple Watch might start moving away from the technology. Bloomberg‘s Mark Gurman today reported that a new Apple Watch Ultra with a microLED display could be released by the end of 2024. MicroLED technology would offer even higher brightness and improved contrast ratio compared to existing Apple Watch models with OLED displays.

Apple Had A Down Quarter. But 3 Things Were Up – Forbes