Washington State Patrol and Washington State Department of Transportation crews began working to close the stretch of highway at around 5:30 a.m. Wednesday. The interstate is closed at milepost 115, east of Kittitas.

At 8 a.m., WSP tweeted that the closure may last 8 to 10 hours. WSDOT said it had no estimated time but believed the reopening would likely happen sometime later Wednesday evening.

A total of 18 cars and 12 semitrucks were involved, according to WSP Trooper Collin Cumaravel.

Elliott estimated that there were 45 to 50 vehicles within the three-quarter-mile footprint of the crash scene, many with some kind of damage, although most were not directly involved.

30-vehicle pileup on eastbound I-90 Washington State Patrol said freezing fog was a main contributor to the collisions. (WSP)

“If you’re planning a trip from the Puget Sound area across Snoqualmie Pass toward Spokane, you may want to delay your travel for quite a while or seek alternate routes in the meantime,” the WSP tweeted at around 7 a.m..

WSP said drivers will have to detour via local roads, U.S. 2 over Stevens Pass or U.S. 12 over White Pass.

Last Sunday, eastbound I-90 was closed near Easton after a crash involving 15 vehicles. 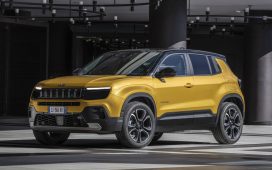