Electric vehicle owners will be able to power homes or sell electricity back to the grid using their cars –  but there’s some costly catches involved.

South Australia has began a $6.59million trial that allows owners of certain makes of electric vehicles to return power to their home and the grid.

However, to take part in electricity provider’s South Australia Power Networks’ scheme, owners must have their cars equipped with vehicle-to-grid or vehicle-to-home options. 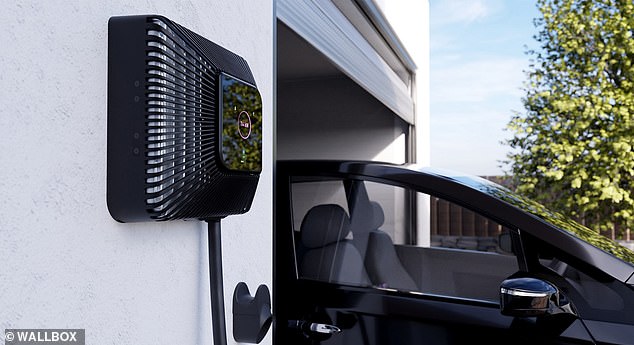 There’s only three makes of vehicles in Australia that have vehicle-to-grid capability –  the Nissan Leaf fully electric car and Mitsubishi’s Outlander and Eclipse Cross plug-in hybrids.

Nissan claims a Leaf owner from South Australia no longer has an annual $6,000 power bill thanks to the car’s technology.

Joseph Evans, a winery owner in the Barossa Valley, says the Nissan Leaf’s vehicle-to-grid capability combined with his solar panels means he’s getting paid for electricity.

‘I’ve gone from a $6,000 annual power bill to making around $50 per week in profit selling my excess power back to the grid,’ Mr Evans was quoted as saying in a Nissan media statement.

‘That is more than $2,500 in annual profit, from what was once a significant cost. And what’s even better is the fact that, while fuel and electricity prices are only heading in one direction – and that direction is up – my costs are fixed, and fixed at zero. 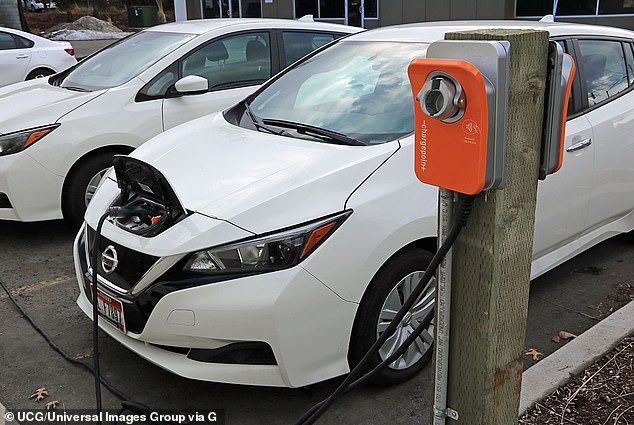 However, he thought the winery owner was not a broadly representative case.

‘If you are a winery owner you work from home tending your grapes, so if you have a solar panel on the roof you plug it in to charge the car so you are getting electricity for free,’ Cadogan said.

‘The thing that is absent from quotes like this is they have spent nearly $100,000 to do that.’

Those taking part in the trial have to stump up at least $10,000 to have a bi-directional charger fitted, which could be more with installation costs. 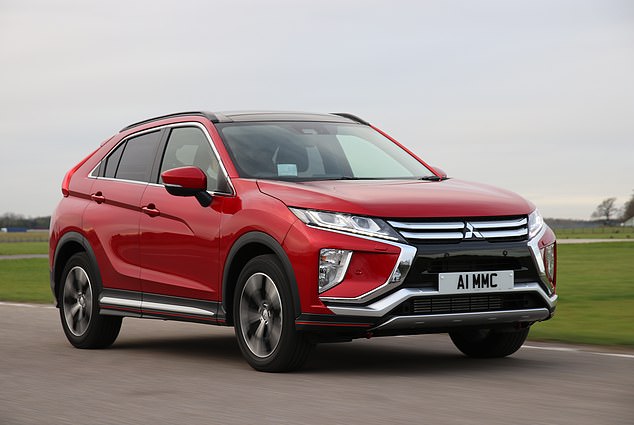 Mitsubishi’s Cross hybrid (pictured) is also suitable for the trial, which require the purchase of a directional charger

Cadogan, who runs the vehicle price comparison website Auto Expert, noted that not all living arrangements were suitable for the scheme.

‘I’ll guarantee right now if you live in an apartment block in any of our capital cities and half of those people own electric cars and they all come home and plug in then the street won’t be able to supply the electricity,’ he said.

‘The units will suddenly go dark and silent.

‘You also need to have off-street parking because obviously you can’t run a high voltage cable across the footpath.’

Cadogan thought having a electric vehicle battery to tap into could be useful in a blackout.

‘We are being told that increased dependency on renewables is going to increase the instability of the grid,’ he said. 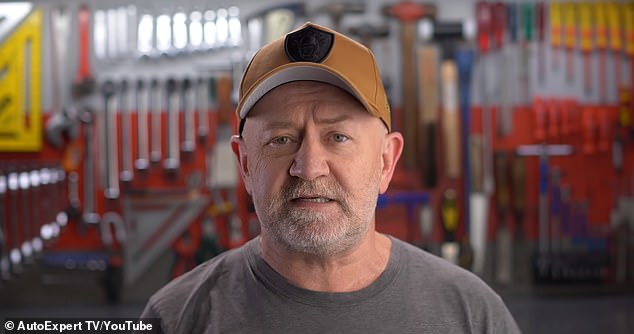 ‘You’ve got a plan B (during a blackout) if you’ve got a battery on site, you don’t have to have the lights out, the air conditioner and the TV off.

‘Most people are prepared to pay for insurance in one context or the other and this is an example of insurance.’

However, to use battery stored power houses need a wiring installation that can disconnect itself from the main grid.

‘If some poor b****** is working around the corner, trying to restore the wires because a tree has fallen down or whatever, then you could be pumping energy in and he doesn’t deserve that.’ 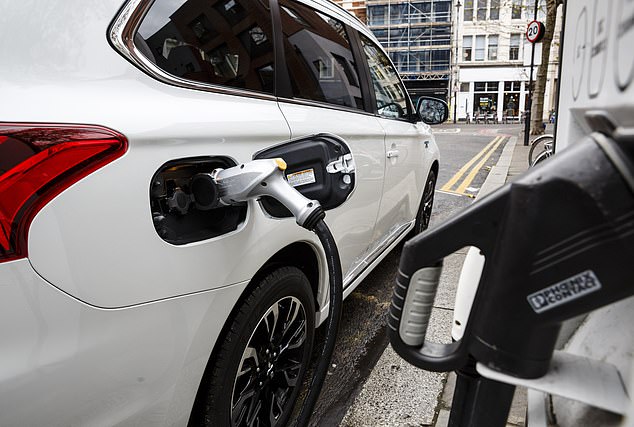 A Mitsubishi Outlander (pictured) is another make of hybrid, which is suitable to use in the SA trial

‘Most houses don’t have any automatic disconnection facility whatsoever,’ he said.

Cadogan suggested saving money was not the reason people would or should apply for to take part in the trial.

‘There’s a lot of extremely zealous people who identify with electric vehicles as if it is tribal,’ he said.

‘There’s a real virtue-signalling tribal aspect to EVs, not everybody is in that tribe but many are.

‘They view themselves as in some way doing the right thing.

‘What they should be thinking about is reducing our national dependence on coal.

‘If enough people do that then we won’t need to shovel quite as much coal into the blunt end of the grid to keep it energised at baseload capacity.’

The ACT has also trialled using EVs returning power to the grid by issuing a fleet of 51 Nissan Leafs to the territory’s main energy provider ActewAGL and the local government.

The current SA trial is being funded in part by the federal government.