BYD has unveiled the first two models from its new Yangwang premium electric car brand, saying they will compete against models from traditional luxury car makers such as Audi, Mercedes-Benz and BMW – with prices set to start at around one million yuan, some £122,100, when sales begin in China later this year.

The Shenzhen-based company unveiled the U8, a hardcore off-roader in the mould of the Mercedes-Benz G-Class, and the U9, a rakish Audi R8-rivalling coupe.

The two new electric models form an integral part of BYD’s efforts to broaden its scope and become a global car maker with offerings in all car segments after record-breaking sales for BYD in the Chinese market over the past 12 months. 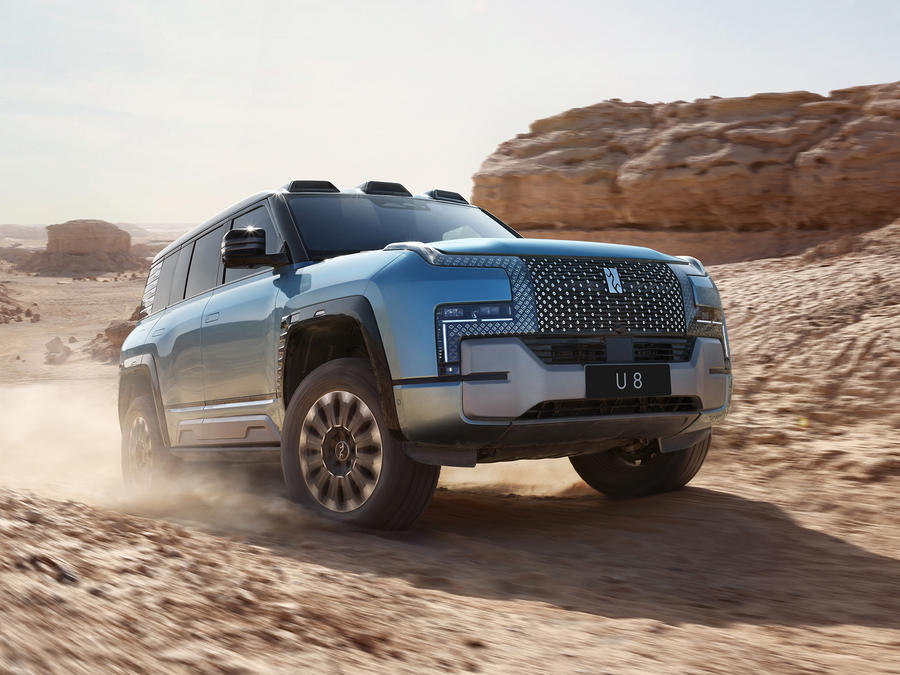 Both the U8 and U9 use proprietary electric car technology, including in-house-developed lithium-ion phosphate (LFP) batteries, developed by BYD.

Details to the capacity of the battery and projected range have not yet been disclosed, though Chuanfu told the media both will be set new standards in the luxury car class.

The styling of the initial Yangwang models has been overseen by BYD’s head of design, Wolfgang Egger, the former Alfa Romeo and Audi design boss.

The U8 and U9 boast what Egger describes as BYD’s “Gate of Time and Space” design lineage, which is reserved specifically for Yangwang branded models, he says.

At 5300mm in length, the upright U8 is 483mm longer than today’s G-Class. The new Yangwang model also rides on a wheelbase that is 410mm longer than the long-running Mercedes-Benz model at 3500mm.