We’re not allowed to pick cars that have already been ‘bagsied’; if we could, you’d already be reading another love letter to the Porsche Cayman. So my second pick – the car that surprised me most in 2022 – is an old-school Audi with a trick up its sleeve.

The Audi S8 is in a familiar Audi mould: a luxury saloon with a 563bhp V8, a £100k entry price, Quattro four-wheel drive and more tech crammed into it than you can really use in a typical journey.

But, in one case at least, the S8 deploys its tech unequivocally well in order to make it a better car to drive. It has an ingenious active ride system, Predictive Active Suspension, which uses cameras to scan the road surface ahead so it can then adjust its axles in preparation for the bumps it’s about to hit. 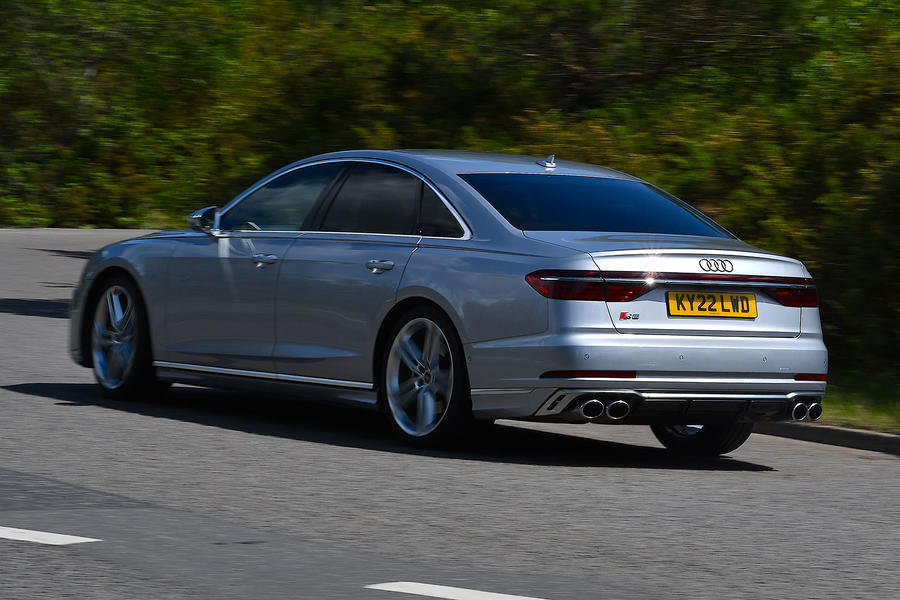 Sounds familiar, doesn’t it? The thing is, the S8’s system really works. Electromechanical actuators – electric motors attached to each wheel via the anti-roll bars – are the difference. While most systems that claim to do something similar can only soften or firm up dampers or air springs, Audi’s can help to lift a wheel up out of the way of a bump, brace it against a different one, or grab it and prevent it from rebounding after it’s hit a third one.

It can lift the whole car up, increasing its ride height to allow more wheel travel ahead of a particularly big input, or it can prevent it from rolling in a long, fast bend, as plenty of similar systems also do.

It doesn’t quite give a magic-carpet ride, but it’s getting there, and it handles speed bumps uncannily well. Too often, new ‘Technik’ fails to make cars demonstrably better. In this case, it hits the target dead centre. Bravo, Ingolstadt.