A flock of companies making augmented-reality and mixed-reality headsets are rushing to get products out ahead of a mystery headset reportedly coming later this year from tech titan Apple (AAPL).


These companies tried to make their case at the recent CES 2023 trade show in Las Vegas. Among the firms demonstrating computer glasses and goggles were Canon (CAJ), HTC, Magic Leap, Sharp, TCL and Vuzix (VUZI). Right now, many of those firms are focused on enterprise, rather than consumer, applications for their augmented-reality and mixed-reality headsets.

Augmented reality, or AR, is finally becoming real after years of development on optics, processors, batteries and other technologies, industry officials say.

“It’s still very much an enterprise market. But we did see at the (CES) show the groundwork being laid for a more consumer-friendly market,” IDC analyst Jitesh Ubrani told Investor’s Business Daily.

At CES, Peggy Johnson, chief executive of Magic Leap, spoke about how her company’s headsets have made their way into operating rooms to assist physicians during surgeries.

“Health care has some of the most advanced AR use cases,” Johnson said. “And they actually generate today positive outcomes for patients and doctors. Think of surgical planning and 3D visualizations of MRIs that can help a practitioner get a better understanding of the patient’s anatomy before surgery and even guide them through an operation.”

Enterprises have led the way for AR headsets in recent years with applications such as remote assistance, collaboration and training. But state-of-the-art enterprise headsets from the likes of Magic Leap and Microsoft (MSFT) are expensive, starting at $3,300 and $3,500, respectively. They’re also bulky and look like something out of a science-fiction movie.

“If you look like you just stepped off the Starship Enterprise, it’s not a mass-market product,” Vuzix Chief Executive Paul Travers told IBD at CES. “For the volume market, the broader market, there’s only one way in. If you look like (Microsoft) HoloLens, it’s DOA. It’s not going to happen.”

So, Vuzix is now making waveguides and optics to provide augmented-reality experiences on regular-looking glasses.

“You could be walking down the street and nobody would know you weren’t wearing Oakleys,” Travers said. “They do not look like technology.”

Vuzix is hoping to sell its lenses and display engines to other companies to make their own consumer smart glasses. The company historically has made computer headsets for enterprise customers.

“The design Vuzix showed off was extremely consumer friendly,” IDC’s Ubrani said. “It does offer a more simplistic experience. It’s like a heads-up display. It’s more about giving you notifications, directions and those sorts of things.”

There will be products ranging from sleek, lightweight smart glasses for notifications and “data snacking” to advanced headsets with high-resolution, wide field-of-view displays, Grobman said. Customers will decide the winning types of devices and applications, he said.

Bloomberg reported Jan. 8 that Apple plans to announce its mixed-reality headset this spring ahead of its Worldwide Developers Conference in June. Apple likely will ship the product, possibly named Reality Pro, later this fall, Bloomberg said. It reportedly will cost about $3,000.

“I don’t think there’s extreme demand for a $3,000 MR headset right now,” Ubrani said. But for Apple, it’s about getting a foothold in a technology market that’s considered the next big thing, he added.

In a post-CES report, Jefferies analyst Kyle McNealy discussed the many AR and VR headsets at the trade show.

“We expect that Apple engineers may be ahead of these competitors, but the technology needs a bit more time to mature,” McNealy said in a note to clients. “It’s logical to assume Apple can come to market with a VR wearable sooner because the form factor can be bigger, and the technology is more mature. An AR wearable will understandably take more time given how much technical functionality needs to be packed into such a small, lightweight form factor.”

Qualcomm Is A Key Player In XR Market

Wireless-chip maker Qualcomm (QCOM) has emerged as a key technology provider in the market. Its processors are powering many of the new XR headsets. Short for extended reality, XR is a catchall term referring to augmented, virtual and mixed reality.

“We have bet on XR for the longest time, more than 10 years of investment,” Hugo Swart, Qualcomm’s vice president and general manager for XR, told IBD at CES. “Now you’re seeing the fruits coming from that early investment.”

In November, Qualcomm announced its Snapdragon AR2 platform for augmented-reality glasses. Products using that platform likely will come out in the second half of 2023, Swart said. Those devices will be for “early adopter” customers, with mainstream AR headsets coming soon after, he says.

Research firm ARtillery Intelligence predicts that AR headset sales will grow from $1.85 billion in 2021 to $35.1 billion in 2026. It said Apple should give the market a huge boost.

See Stocks On The List Of Leaders Near A Buy Point 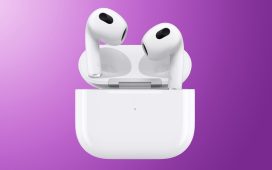 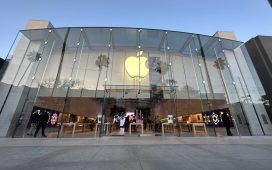 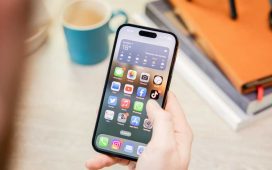 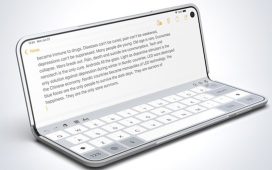 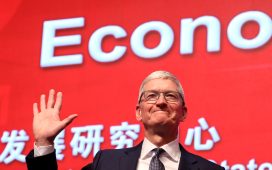 Opinion | Apple and China are co-dependent now. How will that turn out? – The Washington Post 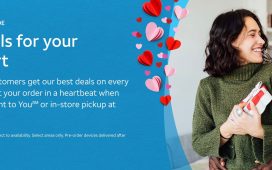