Apple today seeded the second betas of upcoming iOS 16.3 and iPadOS 16.3 updates to public beta testers, providing the new software to the general public. The public betas come one day after Apple provided the beta to developers, and nearly a month after the first public betas. 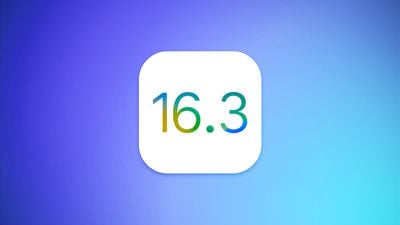 Public beta testers who have signed up for Apple’s free beta testing program can download the ‌iOS 16.3 and iPadOS 16.3‌ betas over the air after installing the proper certificate from the Public Beta website.

So far, iOS 16.3 and iPadOS 16.3 appear to be more minor updates than the iOS 16.2 and iPadOS 16.2 releases. The software includes support for physical Security Keys for adding an additional layer of protection to an Apple ID.

With this feature, a physical FIDO certified security key can be used in lieu of device authentication when signing into an ‌Apple ID‌ on iCloud or a new device.

The update also includes a more streamlined process for transferring a song to a HomePod from an iPhone and vice versa, with Apple providing additional detail on how it works. No other major changes have been found in the beta as of yet.