Zapata Computing has raised $38 million for its quantum computing enterprise software platform. The figure, which brings its total funding to over $64 million, will be put toward Zapata’s core mission: “Delivering quantum advantage for customers through real business use cases.”

Quantum computing leverages qubits (unlike bits that can only be in a state of 0 or 1, qubits can also be in a superposition of the two) to perform computations that would be much more difficult, or simply not feasible, for a classical computer. Unlike most quantum computing startups that build the hardware, Zapata is focused on the algorithms and software that sit on top. Based in Boston, Zapata has one product: its hardware-agnostic Orquestra quantum computing platform. Enterprises can use Orquestra to figure out where quantum computing makes sense for them, without worrying about the nuts and bolts underneath.

Earlier this year, Zapata CEO Christopher Savoie told VentureBeat that the quantum computing and machine learning business use case is “a when, not an if.” Indeed, while the 58-person company plans to continue its work on optimization and simulation, the team believes “the nearest-term quantum use cases are in machine learning.”

“In the near-term, Quantum Machine Learning (QML) appears to be the application most compatible with the NISQ devices in use today,” Savoie told VentureBeat. “Recent advances in promising quantum machine learning applications include natural language processing and generative adversarial networks (GANs), which are used to generate data indistinguishable from real-world data (see these photorealistic images as an example). One of the most valuable outcomes of quantum-powered GANs is the ability to fill gaps in data used to train machine learning models by creating synthetic data that falls within the probability range of existing data. Augmenting training data in this way could one day improve the ability of machine learning models to detect rare cancers or model rare events such as pandemics.” 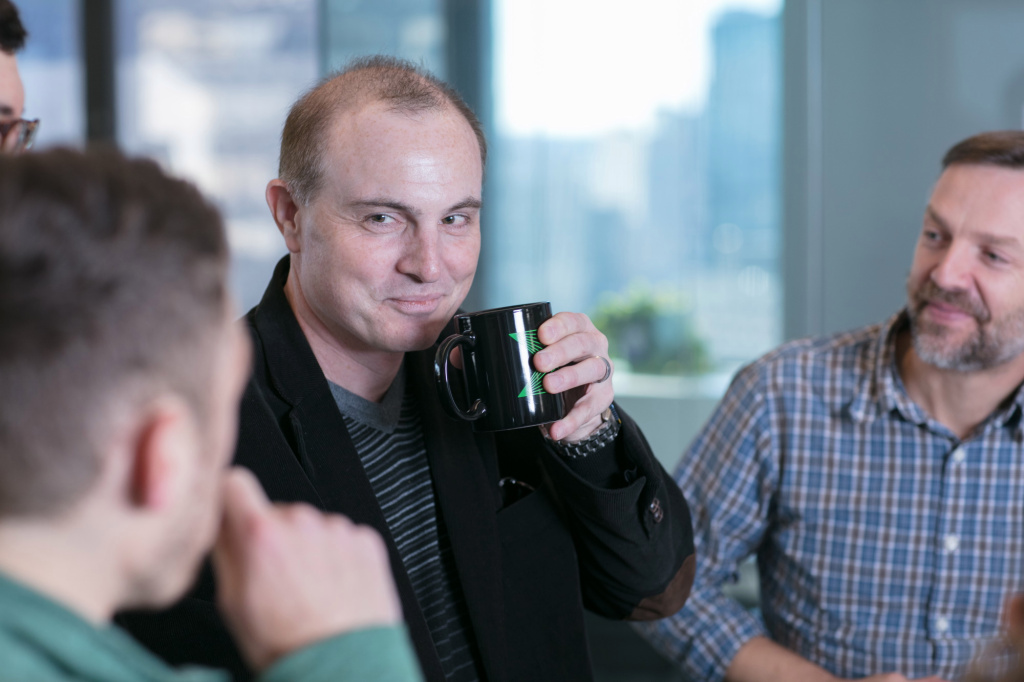 Savoie pointed to optimization problems and chemistry simulation as near-term targets for quantum machine learning, echoing what other quantum computing companies like D-Wave have found. He also believes QML will be applicable to many of the fields where machine learning is applied today, from image generation to time series analysis to fluid dynamics simulations.

“Machine learning is a field focused on finding patterns in high-dimension, noisy data, and this is exactly where quantum excels,” Savoie said. “Another reason quantum will be popular for machine learning is because training machine learning algorithms ordinarily takes enormous amounts of computational power. Quantum hardware can, in theory, reduce the training time of deep networks from months to hours. In fact, recent research from IBM demonstrated a significant quantum speed-up in supervised machine learning.”

“The reality here is we’re not in the quantum computing industry,” Savoie told VentureBeat in an earlier interview. “There is no such thing as the quantum computing industry. Just like there is no GPU industry. GPU does something in the context of computation. I would say that we are in the data analytics industry, using quantum computers, as they become more and more available, to solve a part of the problems in that problem sphere. So all of the problems we’re doing, whether they be big chemistry workflows or big machine learning workflows or big data optimization or route optimization workflows, are data analytics workflows.”

Savoie claims that soon after Zapata was founded in 2017, Fortune 100 companies came knocking with the hopes of benchmarking their current classical data analytics capabilities against potential quantum computing alternatives. They wanted to figure out when they should put quantum computing on their roadmap. At what point will quantum outperform classical for their specific workflows? That requires a direct, in-production comparison with pre-processing, post-processing, and analysis of the data.

Zapata didn’t have that capability, so it built Orquestra. The tool includes open source and proprietary quantum libraries, as well as wrappers for quantum computing frameworks like Qiskit from IBM, Cirq from Google, Penny Lane from Xanadu, and Forest from Rigetti.

With the new funding, Zapata hopes to grow its R&D, science, and engineering teams to support its “global customers” and “develop more cutting-edge features for Orquestra.” Savoie declined to discuss individual customers and use cases due to confidentiality agreements.

But earlier this year Savoie described the three types of Zapata customers to us:

One type of customer is like a big bank that has five quantum scientists working on algorithmic trading. They already want to do their own work. They’re never going to show any consulting company what their trading algorithms are. They just want the tool. So in that case, we can train them on the tool, give them the tool, a little bit of consulting or training or extra help, and hand holding as necessary, but basically teach them how to fish with fish themselves.

The second type of customer, on the other extreme, are folks who come to us and they’re a retail products company. They know that they need this. They need the computation. They’re already doing the data analytics classically, but they’re never going to hire a quantum scientist. Even if they wanted to, they’re not going to get an A++ player. Nobody is going to work for Pepsi or Burger King or McDonald’s as a quantum scientist, just in general. But they can save a lot of money and save a lot of carbon that they’re throwing in the air, if they can do this optimization thing. In that case, they will come to us for the platform. We will help them with the algorithm as part of a consulting deal.

Ideally though, the third category is integrators who have come to us. Folks like Accenture, Tata, and Tech Mahindra who already are doing the data analytics, already doing the data integration work, who can then use this tool, and we can train those people to go and do the final integration, which scales a lot better.

Savoie also declined to elaborate on upcoming Orquestra features, other than promising that “an upcoming version is centered around deployment in hybrid cloud or private cloud environments.” Earlier this year, an on-premises version of Orquestra was slated for release by the end of 2020. It has since been delayed to 2021.

How mixed reality (and Hololens) boosted productivity at Lockheed Martin

The work-from-home employee’s bill of rights

What's the business case for UWB which Apple supports in iPhones?

Q&A: How ViacomCBS cut Zoom costs, not jobs, during the pandemic

A Facebook breakup is 'on the table,' says Letitia James –...