Home Smartphones Youngsters aged eight to 19 stare at smartphone or TV screens for...

By Paul Revoir Media Editor For The Daily Mail

The youngsters, aged eight to 19, spent 44 hours using devices such as tablets, phones and televisions.

Children in the UK spent nearly double the time looking at screens compared to their counterparts in Japan where the figure was 24 hours.

The report found Britain was ranked second from last out of 30 surveyed countries when it came to ‘children’s disciplined digital use’. 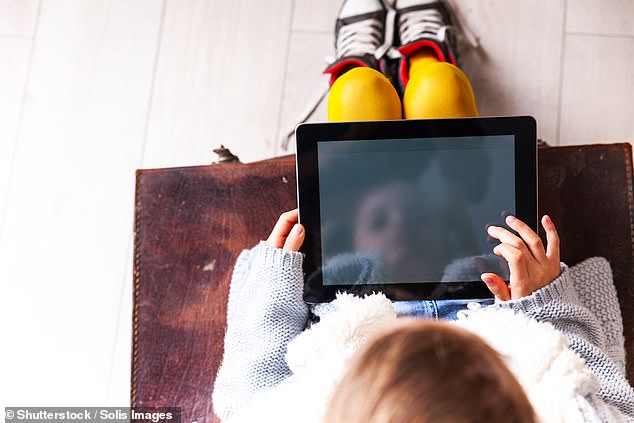 This was based on ‘excessive screen time’, social media use and ownership of mobile phones.

The Dominican Republic received the lowest ranking in this category.

The figures come from DQ Institute’s Child Online Safety Index, published by the think-tank today to tie in with Safer Internet Day 2020.

It surveyed 145,426 children and adolescents over the last three years in 30 countries.

The research also found that British children are less safe online than youngsters in Nigeria and Peru.

The UK ranked 19th overall in a table listing countries by the level of child online safety. 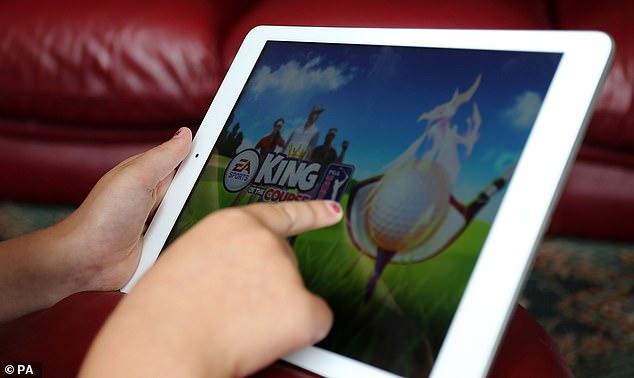 It put Britain behind countries such as India and South Korea, and placed it lower than any other developed country included in the research. In top place was Spain, followed by Australia.

The UK was in 17th place when it came to children being exposed to ‘cyber risks’ such as bullying and ‘risky contact with strangers’.

The study found 32 per cent of 13- to 19-year-olds had experienced ‘unwelcome sexual contact’ online.

And almost two-thirds of children aged eight to 12 had been ‘exposed to one or more forms of cyber risk’, which researchers branded a ‘cyber pandemic’.

For digital competency – children’s safe and responsible use of technology – the UK ranked eighth from last, way behind table-topping India.

But Britain was a high scorer – in sixth place – on connectivity, which measured children’s access to the internet.

Dr Yuhyun Park, founder of the DQ Institute, said: ‘That the UK ranks lower than any other developed country surveyed in the Child Online Safety Index should serve as a wake-up call to everyone about the safety of the nation’s children online.’

Covid-19: How to clean your smartphone, tablet and laptop to protect yourself – The Star Online

List Of Highly Rumored Smartphones You Should Know – Gizbot

How to clean your smartphone, tablet and laptop to protect yourself from Covid-19 – Malay Mail

Samsung to shut down Slovak TV plant next week over virus...

Covid-19: How to clean your smartphone, tablet and laptop to protect...