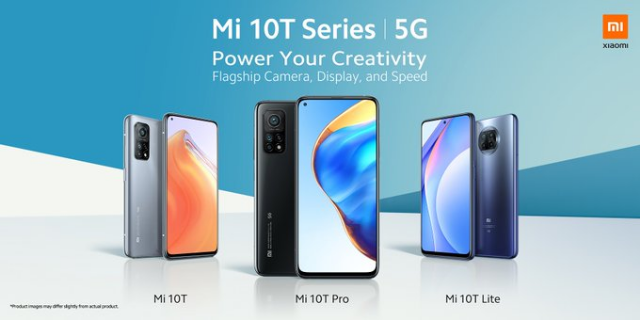 Xiaomi has revealed the launch of the Xiaomi Mi 10T Lite 5G which is the cheapest available 5G handset in the UK.

The device is powered by the Snapdragon 750G and has a 64MP main, 8MP ultra-wide, and 2MP macro camera. The Lite version also features a 16MP selfie camera.

The Chinese vendor also announced that the smartphone will come with an anti-bacterial case which eliminates 99.99 per cent of bacteria.

However, Xiaomi announced a flash sale that will see the cheaper 5G device retail for £199 and the more expensive one available for £249 for early buyers on October 26.

Xiaomi had previously announced the Mi 10T series at a global stream event earlier this month and now the vendor revealed when the series will be available in the UK.

The smartphones will be available via Amazon and Xiaomi’s official website.

For those who pre-order with Vodafone, the company will offer a pair of Mi True Wireless Earphones with the purchase.

Smartphone manufacturers have defied analysts’ predictions by releasing 5G-capable devices at around the £300 mark.

Xiaomi’s own Mi 10 Lite is one such device, alongside phones from Motorola, Realme and Samsung.

We may have our first look at Ring’s Car Cam

Those crazy-loud phone alerts we get in the US will see...