Home Tech Reviews Xiaomi Mi Box 4K Review: There is No Simpler Way to Give...


We often assume that every new TV being sold is a smart TV. That may be true for the most part, but a blanket assumption is a glaring fallacy. Add to that the very large existing base of TVs that aren’t exactly ‘smart’, and you know there is still a massive demographic of users who want to upgrade to the smart TV experience but are struggling to connect the dots. Not to forget, there are enough fairly limited 4K smart TVs out there, offered at rather interesting price points, which are atrocious when it comes to the experience of using streaming apps. Enough people have been conned into buying these and are now searching for answers as well as alternatives. So, do you spend a lot of money on a new TV that has the likes of Netflix, Amazon Video and Disney+ Hotstar preloaded? Or do you buy a streaming device, at a fraction of what a new TV worth buying may cost you, and give your trusty old TV a fresh lease of life? Perhaps the Xiaomi Mi Box 4K?

If you subscribe to the financially more prudent latter theory, you might be genuinely interested to know what the Xiaomi Mi Box 4K can do. For starters, it’s the price—at Rs 3,499 for the 4K streaming experience, you are getting everything that you’d expect. And this is a direct rival for the Amazon Fire TV Stick 4K which costs a bit more at Rs 5,999. If you don’t have a 4K TV, fret not, because this will do HD resolution equally well. In which case, this still saves you some money over the Amazon Fire TV Stick that costs Rs 3,999.

It is quite simple how the Mi Box 4K upgrades your TV viewing experience. You simply hook this up with your TV via an HDMI port and that’s it. All the video streaming apps that you want to watch reside on the Xiaomi Mi Box 4K. The brand of the TV, whether it is an LCD or LED, whether it is HD Ready, Full HD or 4K, none of that matters. The Xiaomi Mi Box 4K runs Google’s full-fledged Android TV operating system, and there are no arguments about which apps are available and which aren’t—you get Netflix, Amazon Prime Video, Disney+ Hotstar, Sony Liv, Voot, Zee 5, Airtel Xstream, Jio Cinema and pretty much any other video streaming platform you may want to subscribe to and watch.

Let us get through the specifications first

A media streaming device has to be quite powerful. The Xiaomi Mi Box 4K goes up to 4K resolution and supports HDR 10. It runs a 64-bit 2.0 GHz quad core processor with 2GB RAM and 8GB internal storage, or which about 5GB is available to you. This is the Android TV 9 version and what you also get is Chromecast Ultra mirroring built-in with support for Dolby audio and DTS 2.0 digital audio out. Android TV also gets you the Google assistant voice search.

It is a pretty compact box, to say the least. In fact, it reminds me a lot of the puck-sized Apple TV, and that resemblance is definitely a positive. At the back sits the HDMI port—the all-important lifeline for your ageing TV. There is also a USB 2.0 port in case you want to connect an external storage to view videos or media files off it. It may be fine for most formats and resolution but may struggle with certain 4K files because the USB 2.0 speeds aren’t fast enough.

If you want to use the Xiaomi Mi Box 4K’s capabilities to the fullest, which means streaming in 4K resolution, the Wi-Fi capabilities need to be robust. This supports 2.4GHz and 5GHz networks, including the ‘ac’ standard. 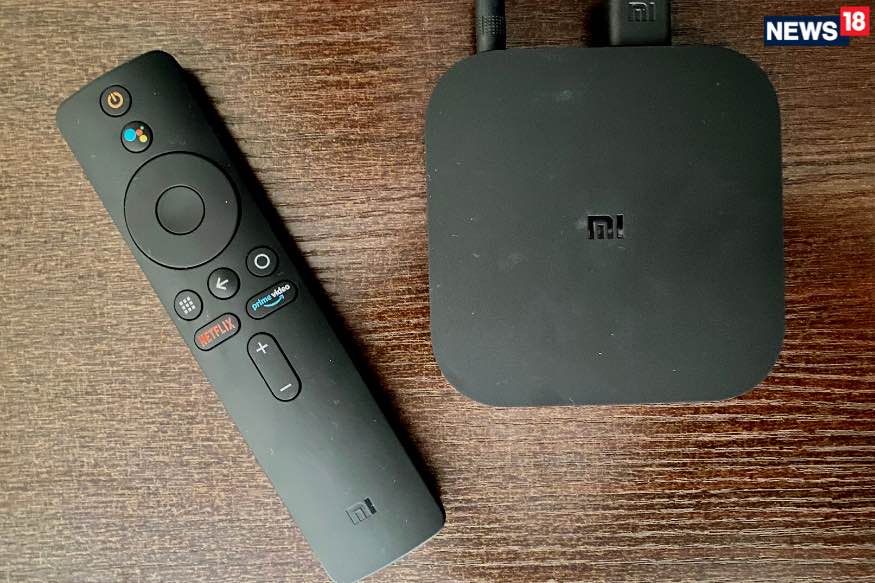 So, how is it in the real world?

The setup is simple and you’re at the Android TV home screen soon enough. By default, Netflix and Amazon Prime Video are preloaded, as are YouTube and Google Play Movies, but you are free to open the Google Play Store and download the other apps you may want to. Once I had the full arsenal of apps download, signed in and ready, I sat back to assess how good the Xiaomi Mi Box 4K actually is. And this is coming from someone who has used the Amazon Fire TV 4K extensively as well as Android TV on multiple TVs.

For starters, the picture of the Xiaomi Mi Box 4K looks a teeny-weeny bit on the warmer side, compared with a lot of other streaming devices I have tested and experienced. That is, whites look a little off-white. It isn’t a problem at all, but just an observation.

The remote is quite responsive, and the layout is easy to get the hang of. There is enough grunt under the hood to get apps going instantly. I did not notice the Xiaomi Mi Box 4K stutter or slow down while opening any particular or app or switching from one app to another.

However, there is a slight issue with certain HDR content that renders it too dark. There is the TV series Merry Happy Christmas on Netflix which was pretty unwatchable. As were some episodes of The Grand Tour, though not all. I’m not able to exactly put my finger on anything wrong with the settings, either with the TV or the Xiaomi Mi Box 4K, which indicates to me it is more a processing issue with certain HDR formats.

Advertising. Xiaomi phones have often faced criticism for the advertisements that are served to users without much prompting. On the Mi Box 4K, I did not notice any such annoyances. The only tweak that you will perhaps see are a couple of app suggestions that show up at the bottom of the app drawer, and it doesn’t even get in the way.

The Last Word: Simplest way to keep yourself sane

There really is no simpler and smarter way to give your TV a fresh lease of life. Be it an older TV or something you regret buying recently, the Xiaomi Mi Box 4K is well-poised to be the solution for both. Do not go around spending more money on a new TV. The Mi Box 4K really doesn’t have any limitations that could hamper the 4K viewing experience, and the HDR issue which I alluded to above is something that will most likely be solved with a firmware update at some point. Apart from that, everything just works. It is a clean interface with no unnecessary customizations. It is responsive, all streaming apps work smoothly and the remote also is simple enough. It is as close to plug and play as you would come for a media streaming device. Go for it, because the more you stay at home, the more you need high quality entertainment to stay sane.

Razer Seiren X Review: Is It Perfect for Gamers and Streamers? – Robots.net