Yesterday, Microsoft revealed a number of games for Xbox Series X, the upcoming next-generation console that’s 2-3 teraflops more powerful than the PlayStation 5. While many titles like Bright Memory: Infinite and Scarlet Nexus got gameplay trailers, other games like Assassin’s Creed Valhalla showed in-engine footage, but not what it was like to play the game. This caused a lot of disappointment because everyone was expecting proper gameplay for all of the titles.

Microsoft is aware that people were disappointed and vowed to do better. Xbox’s Aaron Greenberg said on Twitter, “Had we not said anything and just shown the May Inside Xbox show like we did last month, I suspect reactions might have been different. Clearly we set some wrong expectations and that’s on us. We appreciate all the feedback and can assure you we will take it all in and learn as a team.”

Had we not said anything & just shown May Inside Xbox show like we did last month, I suspect reactions might have been different. Clearly we set some wrong expectations & that’s on us. We appreciate all the feedback & can assure you we will take it all in & learn as a team. 🙏🏻💚

Hopefully, June’s event will be better and when the main showcase happens in July, it’ll give us exactly what we want — Halo Infinite gameplay and first-party titles. Until then, let’s play the waiting game. You never know, given yesterday’s disappointing show format, we may get another show sooner rather than later.

Best of the best 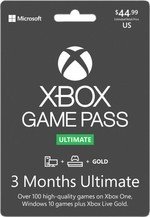 Xbox Game Pass gives you access to over a hundred games for one monthly fee. Xbox Game Pass Ultimate also adds Xbox Live Gold to the package so you can play online with your friends.

Destiny 2: Trials of Osiris rewards for July 3 to 7

How to get Plex up and running on Synology DS420+