Update: The Xbox series X is in stock at Game. Read on for more details.

The Xbox series X launched in November 2020, but a bottleneck in production cause by an industry-wide shortage of component parts has left Microsoft’s next-generation console out of stock consistently since launch.

As last year drew to a close UK retailers released thousands of stockpiled consoles to meet surging consumer demand, with the likes of Very, Smyths Toys, Game, Argos, Asda and Amazon selling the Xbox series X in droves. Things have slowed down again since the new year, but look hard enough and you can still find a few spots where the Xbox regularly pops up in stock.

When it does appear, the Xbox series X sells out in minutes as customers snap up the available units as soon as they arrive. That’s why we launched our Xbox stock tracking liveblog, where we track every UK retailer at once to bring you live stock alerts as they happen.

We’ll also bring you tips and advice for beating the crowds to bag an Xbox series X, including which sites to pay attention to, where the Xbox might be restocked next, and how to register your interest for new consoles before they go on sale.

How to find the Xbox series X at Game

A quick public service announcement about the ongoing Game restock.

There are multiple bundles to choose from, but searching for “xbox series x” using the site’s search box will take you to the retailer’s dedicated landing page for all things Xbox.

To see the actual listing of bundles, you need to click through the menus at the top of the screen.

Here, we’ll point it out.

Can you buy an Xbox on the high street?

In the before times you could walk into any Currys PC World in the nation, ask the person behind the counter for an Xbox, and it would be handed to you right then and there in exchange for money. This is how we used to do things in the past.

Today, while it’s technically still possible, it’s very rare to find an Xbox series X out there in the wild. There are barely enough consoles to keep stock ticking over online, never mind in stores. However, retailers like Game and Smyths Toys have lately started prioritising in-store restocks over online restocks. This encourages shoppers back to the high street following a drop in footfall last year, and prevents automated bots buying up every available console in nanoseconds.

Game stores each have a Twitter account, which they use to promote the arrival of Xbox stock. This Twitter list is a great way to keep an eye on all Game store Twitter accounts. Meanwhile, the Smyths website has a tool for checking on console stock levels at all of its UK stores.

Asda is still taking order for Xbox All Access

The Xbox series X is available at Asda through the Xbox All Access programme this morning.

The pay monthly scheme lets you spread the cost of the console over two years. There’s no up front payment, instead you pay £28.99 per month and you get two years of Game Pass Ultimate (worth £10.99 per month) included. Game Pass is a Netflix-style games-on-demand service giving you access to a library of over 100 games.

It’s good value, especially considering how expensive new games are, so we can heartily recommend grabbing a console this way.

What other Xbox series X bundles does Game have?

A few bundles include FIFA 22, which keep in mind is already free to play if you’re an Xbox Game Pass Ultimate member.

Xbox All Access is in stock at Game too

The ongoing restock at Game this morning means the retailer also has availability of Xbox All Access again, if you wanted to pay for your Xbox series X in 24 monthly instalments of £28.99.

The zero-percent finance deal charges no interest and includes 24 months of Xbox Game Pass Ultimate, which is normally £10.99 per month. It’s a sweet little deal if you were planning on subscribing to the increasingly well stocked, Netflix-style games library.

To be accepted for Xbox All Access you have to pass a credit check with the buy-now-pay-later service Klarna.

The Xbox series X is in stock at Game

The £449 console can’t be bought by itself, but the cheapest available bundle is £464.98 and includes Game’s hilariously unimaginative “player one” tee.

That brings another day of quiet Xbox hunting to a close. We saw continued availability through Xbox All Access at Asda and a pay-monthly deal for EE customers – plus a couple of consoles cropping up in branches of Game. But it was slim pickings, yet again.

As ever, we’ll be back in the morning with all of the latest Xbox restocking news from across the UK. We’ll see you then.

Have you managed to grab an Xbox yet in 2022? Well have a gander at our round-up of the best Xbox series X games to decide what to play first.

Both the Xbox series X and the PlayStation 5 have endured a slow launch, with the global pandemic putting the brakes on development of many new titles. You’ll notice that many of the best Xbox series X games are upgraded and remastered versions of Xbox One games, but there are some genuine next-gen experiences to be enjoyed already.

Wondering what to play next? Here’s our list of the best Xbox series X games of 2021, from Forza Horizon 4 to Halo: The Master Chief Collection.

Have we helped you get an Xbox? Want more shopping insights? Why not sign up to the free IndyBest newsletter, where you can access the best deals and round-ups of the week’s must-have products chosen by IndyBest experts.

Dropping into your inbox every Friday morning, the handy digest features items from our tried and tested reviews by pros in the field – helping you make the most informed choice with your hard-earned cash.

How to buy an Xbox series X on the high street

While online stock is still almost impossible to find, we wanted to share a couple of tips on how to buy an Xbox series X on your local high street. Branches of Game receive occasional consoles to sell to walk-in customers. These stores then use their Twitter accounts to announce the arrival of new stock.

It’s often a case of just one or two consoles at a time, so you’ll have to be quick. But if the stars align, you can achieve the impossible, and buy an Xbox simply by walking into a shop. Imagine that. 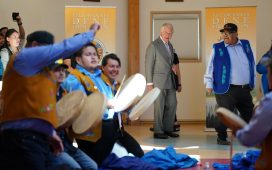 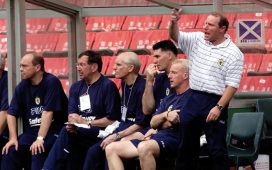 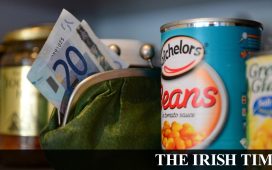 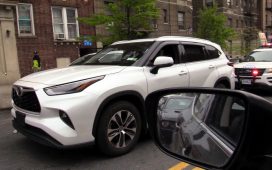