It feels unlikely that both the PS5 and Xbox Series X/S preorder launches would both be disasters, but here we are. Immediately following the PS5’s official price announcement, Sony tweeted that preorders would be going up the next day, but third-party sites like Walmart decided to publish links live early, causing a lot of confusion. Xbox wasn’t much of an improvement despite giving buyers a week’s notice, although it still fared overall in allowing preorders to get through.

Both were plagued with similar issues. Links would go up and down, stocks would sell out within minutes, and retailers that said they would have links ready to go were late. Sites couldn’t handle the traffic, with users getting constant error messages. In the end, whether you got your preorder or not came down to luck.

You can argue that this scrambling is what these companies want. It’s a way to drum up hype for the new consoles in a time where people might be considering holding off for at least a year. Everybody fighting over whether they can preorder a new console will at least put the idea out in the open that people are preordering these consoles. The illusion of scarcity is a very real thing that companies use, and that’s at least partially in play here.

Preordering new tech in the digital age is just going to be complicated.

However, you can also argue that this is just a new normal. Preordering new tech in the digital age is just going to be complicated, whether you drop links unannounced or plan them a week ahead.

Previously, pre-ordering a product in person was a surefire way to ensure you were locked in. It makes sense that stores wouldn’t want to hold physical events due to the pandemic, but a lot of retailers still had some in stock, or at least said they would. Walmart, for example, said it would have PS5 preorders in stock on Sept. 22 but then reversed the decision due to social distancing protocol. Reports emerged that Gamestop had in-store consoles, but that the numbers were very low and inconsistent between the PS5 and the new Xboxes.

Consumers have to struggle with an overall lack of transparency concerning stock. Since the Xbox Series X was announced back at the Game Awards earlier this year, people interested in the next generation of consoles have been waiting for information. However, thanks to the ongoing COVID-19 pandemic, reveals and information has either been delayed of held off entirely. We didn’t get pricing info until September, around two months out from release. By comparison, the Xbox One and PS4 were announced during E3 in June of that year. We knew that we would have to wait for staggered info after E3’s cancelation, but we didn’t expect it to be this long.

Now that we finally have those dates, it’s unclear what happens next. Sure, we have release dates but we’ve been getting inconsistent messaging about stock. Reports circulated that Sony would be running into manufacturing issues both because of the pandemic but also because of some scarce parts. Rumors swirled that the consoles would be delayed. Then there were reports that supply would be increased. It’s understandable that if you’ve been following all of this that you’d be confused. The lack of messaging about the new consoles and the length of time both Microsoft and Sony used to fully reveal their products has led to rampant speculation.

Consumers have to struggle with an overall lack of transparency concerning stock.

It isn’t just on the two console makers either. Retailers like Amazon, Walmart, and Best Buy have fanned the flames of confusion. Walmart seemed to break embargo on PS5 preorders by putting links live a day before Sony said they would be. Best Buy and Amazon went live with Xbox preorders minutes after they were supposed to go live. Even if you were able to get a preorder in at Amazon, the company said due to demand, it’s possible that you won’t get it on time. There wasn’t any word on if there were too many orders, if there wasn’t enough stock, or if it was a combination of the two.

READ  Not just any mouse will do. Check out these cheap gaming mice

The fact the preorder launches were also a mess isn’t great for consumers, but combined with a lack of transparency from the console makers, the beginning of next-gen is as unsteady as the world already is due to the pandemic.

Sony did end up apologizing for the preorder fiasco, saying that it “could have been a lot smoother” and that there will be more PS5s available through the end of 2020, which is one of the first bits of transparency users have gotten on the matter. So if you couldn’t get a preorder in this week, there will be more opportunities to do so before the November launch.

Let’s be honest: PS5 preorders could have been a lot smoother. We truly apologize for that.

Over the next few days, we will release more PS5 consoles for preorder – retailers will share more details.

And more PS5s will be available through the end of the year. pic.twitter.com/h1TaGsGBun

However, this whole fiasco has shown that preordering online is going to be full of holes for the people spending their money. The lack of transparency from companies around stock, consistent pre-order times, and other important information might not get completely in the way of people putting in their orders, but it does cause a lot of hassle. Sony and Microsoft could only do so much when the information just wasn’t there to begin with. 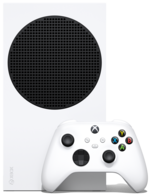 READ  Outlook and OneDrive are down for many users right now 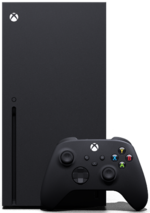 Watch out for these new annoying bugs in Windows 10

Get Lenovo's Legion 5i 15 for almost $400 off, plus free game and antivirus

How to use Windows Package Manager to install apps and programs

Hogger is the latest hero to join Heroes of the Storm