Home Windows Xbox gift card deal: Stock up on games with 10% off at...


Whether you’re looking for Xbox game deals now or just want to load up your account with credit to use later, you’d be well served by picking up an Xbox gift card. Right now, you can even snag $100 in credit for just $90 at Amazon meaning you’ll save 10% on whatever you buy next. 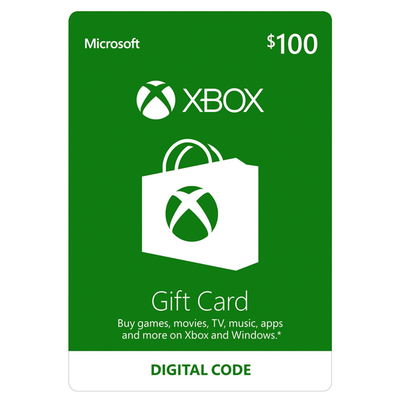 Buying discounted gift cards is the easiest way to save on your next game, add-on, subscription, or movie purchase. The gift card is delivered through email so you’ll get it quickly so you can redeem it against your Microsoft account.

Since the deal is for a digital gift card, you’ll have a redemption code emailed to you shortly after you check out so you can begin saving straight away. The card will work with Windows, Xbox 360, Xbox One, as well as the new Xbox Series X and Xbox Series S.

With the newest generation of Xbox consoles now out, newly-launched video games are releasing at $70 instead of $60. That $10 increase makes games pretty darn expensive, but you can negate that difference with today’s deal.

Since new Xbox games are also coming out on Game Pass, you could use this card to renew that subscription each month, slowly chipping away at the gift card’s amount, and hope to snag another discounted gift card once your account balance hits zero.

READ  Oculus is getting a new Star Wars: Galaxy's Edge game this year

Other features include EA Play now on Game Pass and Microsoft’s Cloud-based gaming service you can access even on mobile devices (Android only). That’s just a couple of ways to spend your newly saved money, but how you use it is up to you.

Everything you need to know about crafting in Outriders

From success to success, Mojang Studios still feels like an indie studio

I became a Halo war journalist in ArmA 3