Some of 2020’s most viral political ads have come from a liberal organization called MeidasTouch, and if you’d never heard of the group before the past few weeks, there’s a good reason: they didn’t exist yet.

Created in quarantine by three brothers originally from Long Island, MeidasTouch is technically a liberal PAC but in practice a video production team staffed solely by the three siblings, with some content contributions from their 14-year-old sister. Their 20 political ads have averaged over a million views each, with the most recent hitting 5 million today on Twitter.

In the newest spot, clips of President Trump’s speeches and media appearances are shown alongside footage of the past week’s protests, the fatal moment in which George Floyd’s neck was held under the neck of a Minneapolis police officer and other acts of police violence. The audio highlights several of Trump’s controversial comments, including telling police at a 2017 speech not to “be too nice” when arresting suspects.

Most viscerally, the new spot shows Trump sarcastically groaning “I can’t breathe!” after the ad showed footage of Floyd saying the same before his death on May 25. The footage of Trump is from four years before Floyd’s death, but even at the time, many saw his mockery—directed at Mitt Romney, whom Trump said “choked like a dog”—as a callous reference to Eric Garner, who repeatedly said “I can’t breathe” before dying from an NYPD choke hold in 2014.

While the MeidasTouch name is new to the media landscape, the brothers behind it are not.

Ben Meiselas was lead attorney for Colin Kaepernick’s lawsuit and settlement with the NFL, and he also led a high-profile class action suit against the organizers of the infamously overhyped Fyre Festival.

Brett Meiselas is a veteran editor and producer who served as head of digital postproduction for The Ellen DeGeneres Show from 2013 to 2018. Jordan Meiselas works in marketing and advertising, currently with agency Translation in New York.

When the three found themselves with free time and simmering political frustrations amid the Covid-19 lockdown, they decided to start making videos denouncing Trump and his conservative allies. Thanks to their combination of skills—and a proactive social media outreach strategy—they quickly generated a large audience as their videos were shared widely. 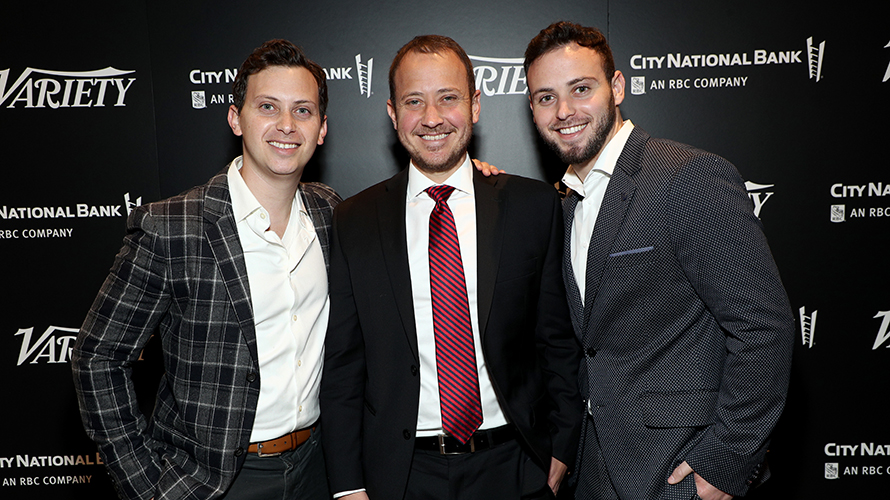 Ben Meiselas is not shy about flaunting the success they’ve had in growing MeidasTouch from nothing to a highly shared source for anti-Trump advertising.

“We’ve become the most recognizable and impactful brand name in progressive politics in the 30 days since we launched,” he told Adweek. “We’re three brothers, we’re all Democrats, we’ve all been quarantined, and we saw the disastrous directions our country was taking.”

The siblings’ videos, which look all the more official due to the required PAC disclosure at the end of each, frequently contrast or connect Trump’s words with the tensions the president has been accused of fostering at home and abroad.

“The common theme throughout all these videos,” Ben Meiselas said, “is that we use Trump’s own words—unedited, unfiltered— against him, juxtaposed to the horrible condition the country is in now, to show his language is not just false bravado, but malicious bravado.”

In “Trump Is The Snake,” Trump’s reading of a parable—originally written as a song by civil rights activist Oscar Brown in 1963 but reinterpreted by Trump on the 2016 campaign trail as a warning about illegal immigrants—is played alongside footage of his failed business dealings and the abuse-of-power accusations involving Ukraine that led to his impeachment hearings.

(While Ben Meiselas describes the videos’ use of Trump’s comments as “unedited, unfiltered,” there are definitely some liberties taken to amplify the negative reception, such as “Trump Is The Snake” quoting Trump saying, “The coronavirus…this is their new hoax.” His full comment from a South Carolina rally in February included 126 meandering words between “coronavirus” and “this is their new hoax,” though many of his critics still believe his intent was to dismiss fears about Covid-19 as a hoax. Similarly, “Vote Out Hate” certainly doesn’t go out of its way to note that Trump’s “I can’t breathe” comment was in 2016.)

It's time to debunk the myth of 'junk'

We Must Close the Gap in Marketing Education, Especially Now

Culture out of crisis: The future of the cannabis industry

Even if you don't love Wonder Woman, this Edge extension is...