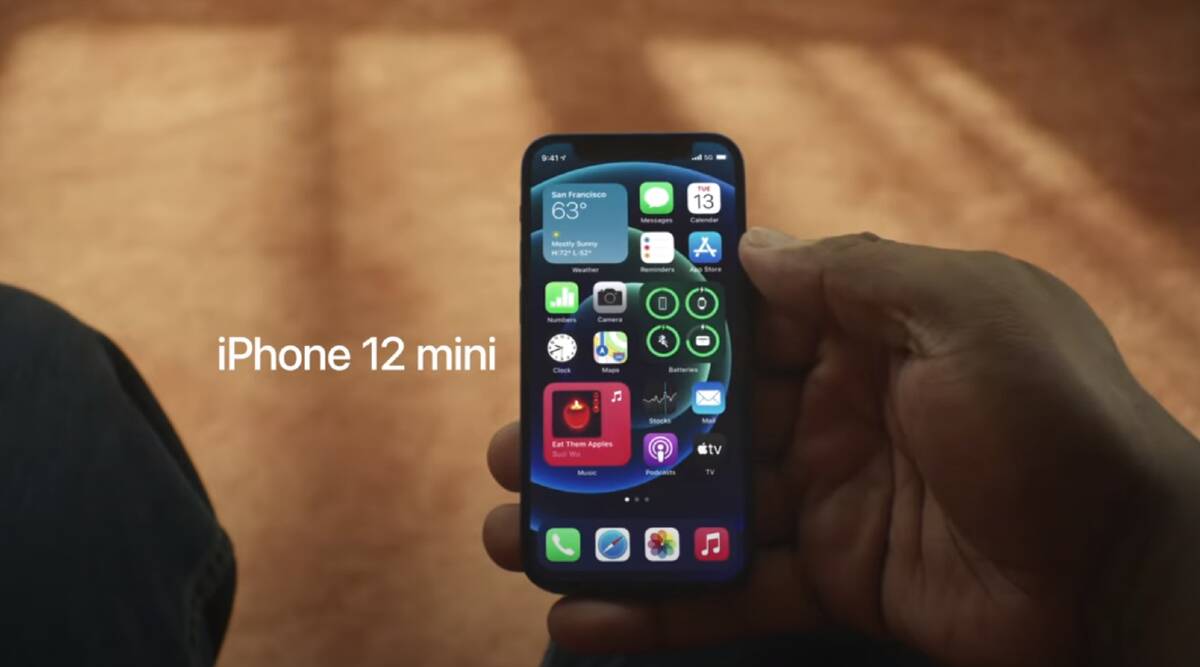 In a few days from now, Apple will start selling the iPhone 12 Mini, the smallest flagship iPhone Cupertino has released in recent years. Starting at Rs 69,900, the iPhone 12 Mini has grabbed more headlines than any other iPhone in the iPhone 12 lineup. It makes us wonder why there is a craze for a 5.4-inch iPhone when the market has already moved to large-screen smartphones. Is Apple responding to consumer demand by launching the iPhone 12 Mini, or is there an untapped market for compact flagships that the competition failed to notice?

“I expect the iPhone 12 Mini to be very popular,” Ben Wood, chief of research at analyst firm CCS Insight, told indianexpress.com. “Flagship smartphones have gradually got bigger over the last few years and the larger design is not to everyone’s taste – particularly people with smaller hands and pockets,” he added.

Apple’s decision to launch a 5.4-inch iPhone 12 Mini marks a key transition for a smartphone market that has accepted that consumers don’t want compact flagships anymore. But that’s not entirely true. There have been earlier efforts to bring compact high-end smartphones to the market, but somehow those devices lacked ambition. In fact, Sony, Samsung and HTC did try to create a market for the high-end ‘mini’ smartphones that brings the design and style of a flagship but in a smaller footprint. Unfortunately, all three major Android manufacturers failed to convince consumers to buy “small” phones, partly because the devices made many compromises.

Wood suggested that for long people wanting a compact smartphone had to compromise on features and specification. However, the iPhone 12 Mini brings the exact same processor, a dual-camera system, an OLED screen to a phone that can be used with one hand. In Apple’s own words, the iPhone 12 Mini is the smallest and thinnest 5G capable smartphone in the world. 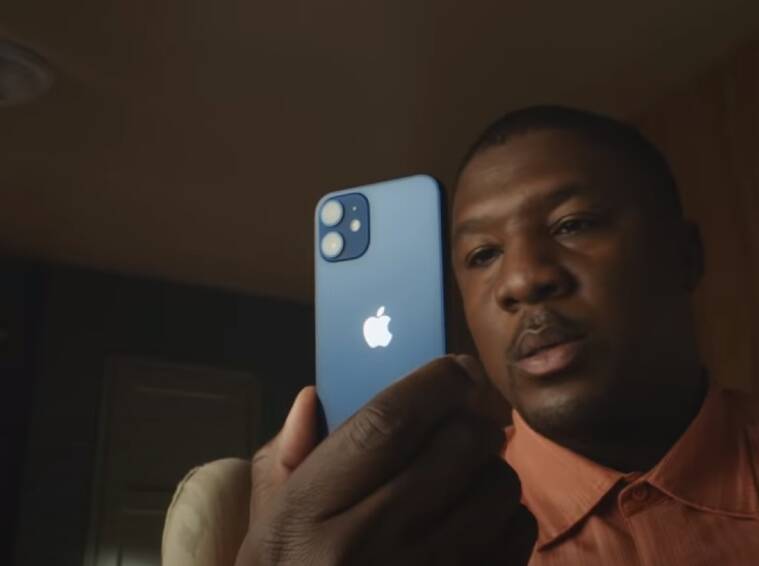 The smaller iPhone 12 Mini will be available to preorder on November 6 in India. (Image credit: Apple)

The problem is that the industry has always dictated what consumers should look for in a smartphone and the big screen-size phone is better than a smaller one. That’s exactly the reason why you won’t find compact smartphones in the market anymore. When you search “small phones” on Amazon or Flipkart, a couple of feature phones show up on the first page of search results. It means either these e-commerce sites don’t understand what a consumer is searching for or they currently don’t have a small “smartphone” available for sale. But how do you determine a compact phone – when an average smartphone these days has a screen size of 6.1-inches.

Every few years, the ideal smartphone screen size changes. When the original iPhone came out in 2007, it featured a 3.5-inch screen, a screen size Steve Jobs called a “perfect size for consumers”. Since then, smartphone screens have only become bigger. The Galaxy Note’s 5.3-inch screen changed the smartphone market forever, introducing a crop of “phablets” with jumbo-sized screens. Post the launch of the Galaxy Note in 2011, a trend emerged of large-screen sized phones and smartphones have been getting bigger ever since. Even Apple eventually succumbed to the market pressure and launched the iPhone 6 and iPhone 6 Plus in 2014. The latter was Apple’s first foray into a large-screened smartphone space. 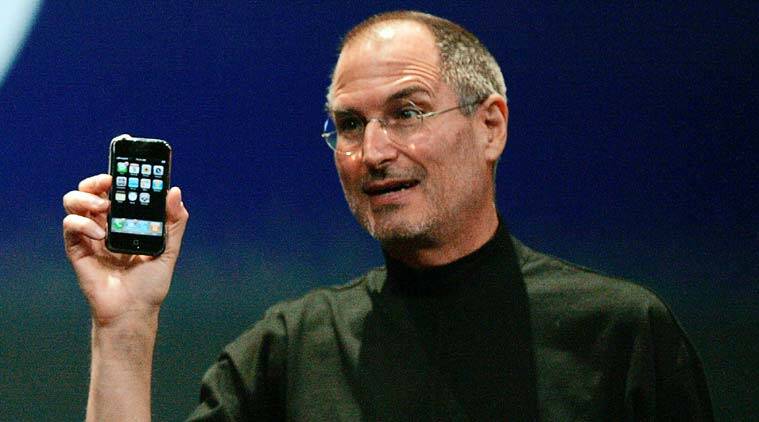 As the trend towards big-screen smartphones normalised, it made smaller-sized phones — especially compact flagships — out of the market, leaving consumers with no choice but to embrace large displays on smartphones. Big-screens phones are now a reality, and this trend can be reflected in high-end smartphone lineups of Samsung and OnePlus — two of the biggest names in the premium smartphone segment. In the four OnePlus smartphones, the smaller screen size on offer is 6.3 inches. Similarly, the smallest phone in Samsung’s Galaxy S20 lineup is the Galaxy S20 which has a 6.2-inch and is quite a big phone. The Galaxy S20 Ultra meanwhile features a mammoth 6.9-inch screen.

Yes, the majority does like big-screen phones so that they can watch movies or play games on the go. Still, the fact is that phones like the Galaxy S20 Ultra or OnePlus 7T Pro would be too heavy and cumbersome to handle for most people. In fact, the Galaxy S20 Ultra is difficult to use with even two hands.

By selling smartphones with 6.2-inches or larger screen sizes, both Samsung and OnePlus are not giving consumers a choice, but forcing them to choose a phone that maybe is not meant for them. Ironically, both brands in the past have offered premium compact phones. OnePlus made a stir in the market when it launched the OnePlus X, while Samsung was selling the Galaxy S10e till recently. 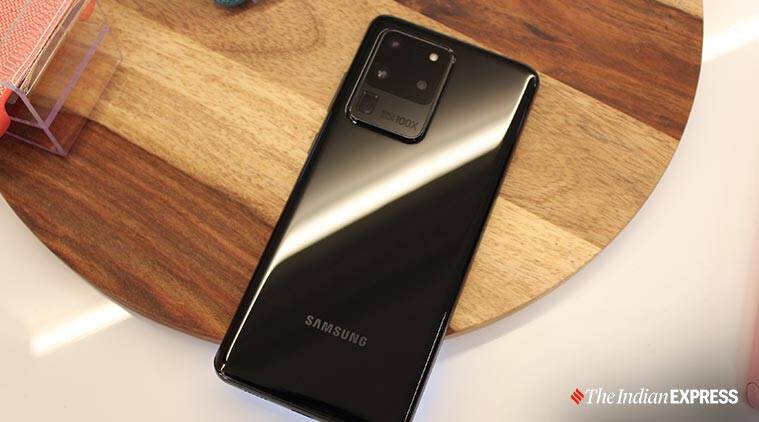 But Apple still sells the iPhones in various screen sizes, so that it caters to a broader set of consumers. If you want an iPhone under the 5-inch screen size, you can go with the iPhone SE (2020), or if you want a premium iPhone with no compromise, get a 6.1-inch iPhone 12 Pro. The point is that Apple at least gives consumers options to choose which iPhone is better suited for their needs by clearly making a distinction between different iPhone sizes.

“The iPhone 12 Mini gives customers more choice and it broadens the reach of the iPhone 12 family of devices,” said Wood, adding that he expected the phone to “have a positive impact on demand for Apple’s new iPhone devices.”
Experts believe that the iPhone 12 Mini will set the standard for “small” flagships going forward.

Apple may not be the first to launch a “mini” smartphone, but the ball is in Cupertino’s court as there is no competition from Android rivals at present. Many believe that the iPhone SE (2020), which made its debut earlier this year, was a testing ground for Apple to create a market for “small” phones.

Wood believes that other phone makers like Samsung and Xiaomi will add smaller flagship models to their portfolio over the next 12 months. Given Apple has the convincing power, it might be easier for Cupertino to sell a 5.4-inch iPhone 12 Mini because the phone has an attractive price point and will be a perfect fit for many people, owing to its compact form factor. 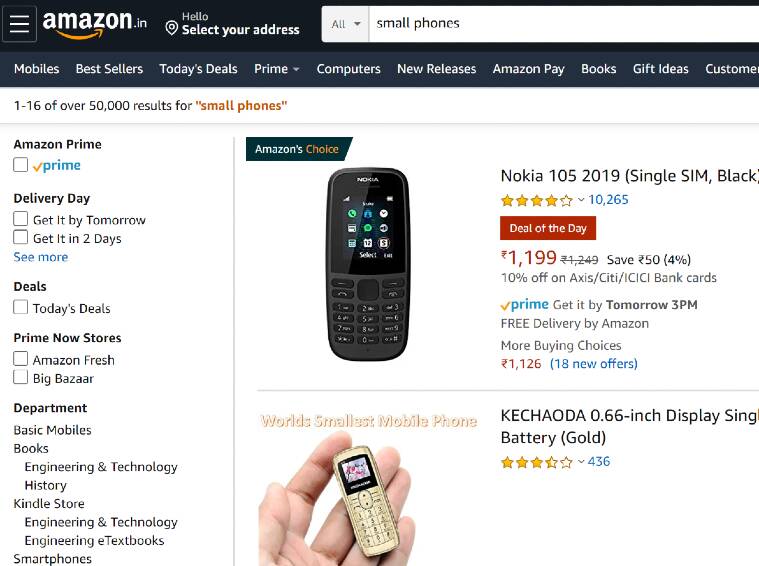 We tried finding “small phones” on Amazon.in, and what appeared in the search results were feature phones. (Image credit: Anuj Bhatia/Indian Express)

“Some people won’t want to go back to a smaller screen – but ultimately it is all about choice. That said, I do think some consumers will get a bit of a shock when they get the iPhone 12 Mini in their hands and find that it is noticeably smaller than the current crop of 6-inch+ smartphones. It is very much a case of ‘back to the future’ given the iPhone 12 mini is about the same size as the iPhone 6,” Wood added.

Apple just had its best quarter in India

Lual Mayen and Leo Olebe: You can’t be what you can’t see

E3, Gamescom, and other big events remain vital to the game industry

Jason Rubin: How to find more gamers through instant and cloud games

Motorola Moto G Play review: A whole lot of phone for under $200

2021 School levy special elections: What to know for February vote...