One of the few winners in the coronavirus-stricken economy appears to be the tablet.

Global sales of these portable touchscreen devices have gone through the roof in recent months as Covid-19 lockdown measures force users to switch to working and playing at home. In Singapore though, sales are expected to fall slightly this year.

It is quite a reversal of fortune for tablets, which have lost ground to smartphones in recent years.

He adds that the current crop of tablets fit the bill as a computer for working and learning at home, and that entry-level models are good enough for school work and are cheaper than laptops, while higher-end tablets are capable of handling work tasks.

Analysts say the rebound in global tablet sales is likely to persist for the rest of the year.

However, unlike many parts of the world, the Covid-19 pandemic has not led to an increase in tablet sales in Singapore. In fact, sales are expected to be lower this year at about 257,000 units, down from 292,000 units last year, according to market research firm Euromonitor International.

It would be a fifth straight year of declining tablet sales in Singapore, which Mr Jason Tjiptadi, a research analyst at Euromonitor International, attributes to the trend of larger smartphone screens – which reduces the need for a tablet for media consumption – and a longer replacement cycle for tablets.

Mr Ishan Dutt, an analyst at market research firm Canalys, also predicts that local tablet sales will fall this year. The demand bump for computing devices from Covid-19 in Singapore was “mostly seen in the notebook space, as service sector employees with greater computing and security needs transitioned to working from home”, he says.

But he adds that the Government’s recent move to ensure greater access to computing devices for low-income students could lead to an increase in tablet shipments through public sector channels.

A product manager in her late 30s, who wanted to be known only as Ms Powell, has used Apple’s iPad tablet for work, but it was not until Singapore implemented circuit breaker measures in April that she saw the need for a personal tablet.

The lockdown restrictions led to her watching more home-based workout videos. “I couldn’t see the movements of the workout videos clearly on my phone,” she says.

She bought her first tablet, an entry-level 8-inch model, at a sale earlier this month.

There is a growing trend among manufacturers to make the tablet more like a full-fledged notebook.

Microsoft arguably started this trend in 2013 with the Surface Pro 3, which was marketed as a laptop replacement device with a 3:2 aspect ratio that suits office tasks, as well as a removable keyboard accessory and a stylus.

Samsung recently enhanced its DeX desktop mode – which offers users a desktop computing experience – for its latest Galaxy Tab S7 tablets, giving the mode wireless capability such that it can connect to a separate display without a cable. Huawei’s latest MatePad tablets follow a similar formula, offering keyboard and stylus accessories and a quasi-desktop mode.

But the most notable example is last year’s introduction of the iPadOS mobile operating system for the iPad, which improves the tablet’s multitasking ability and adds support for computer mice, trackpads and external USB storage drives.

Mr Bryan Ma, vice-president of client devices research at IDC, expects tablet makers to continue focusing on productivity, such as “improving the software ecosystem to facilitate workflows that previously were contained to a PC”.

Echoing this point, Mr Dutt says: “The renewed interest in tablets due to the pandemic will help drive app developers towards the tablet form factor, particularly in the space of collaborative work and video conferencing.”

Looking further ahead, the lines between tablets and laptops could be blurred when foldable displays become mainstream, says Mr Smith. He says firms like Dell, HP and Lenovo are working on various types of book-like folding computing devices that come with larger screens than smartphones. These devices would be as handy as a tablet while having a similar screen size as a laptop.

“The stylus could become more important in these types of devices, which could change our workflow and reduce paper-based notes and documents,” he says.

Top picks for work and play

For the average consumer, the entry-level Apple iPad (2019) is good enough for work and play, and is affordable to boot.

Besides having a larger 10.2-inch screen, the iPad now has a physical connector that lets it work with the Apple Smart Keyboard.

With Apple’s iPadOS operating system supporting mice, the iPad can be a decent laptop replacement for those unwilling to pay for the more costly iPad Pro. 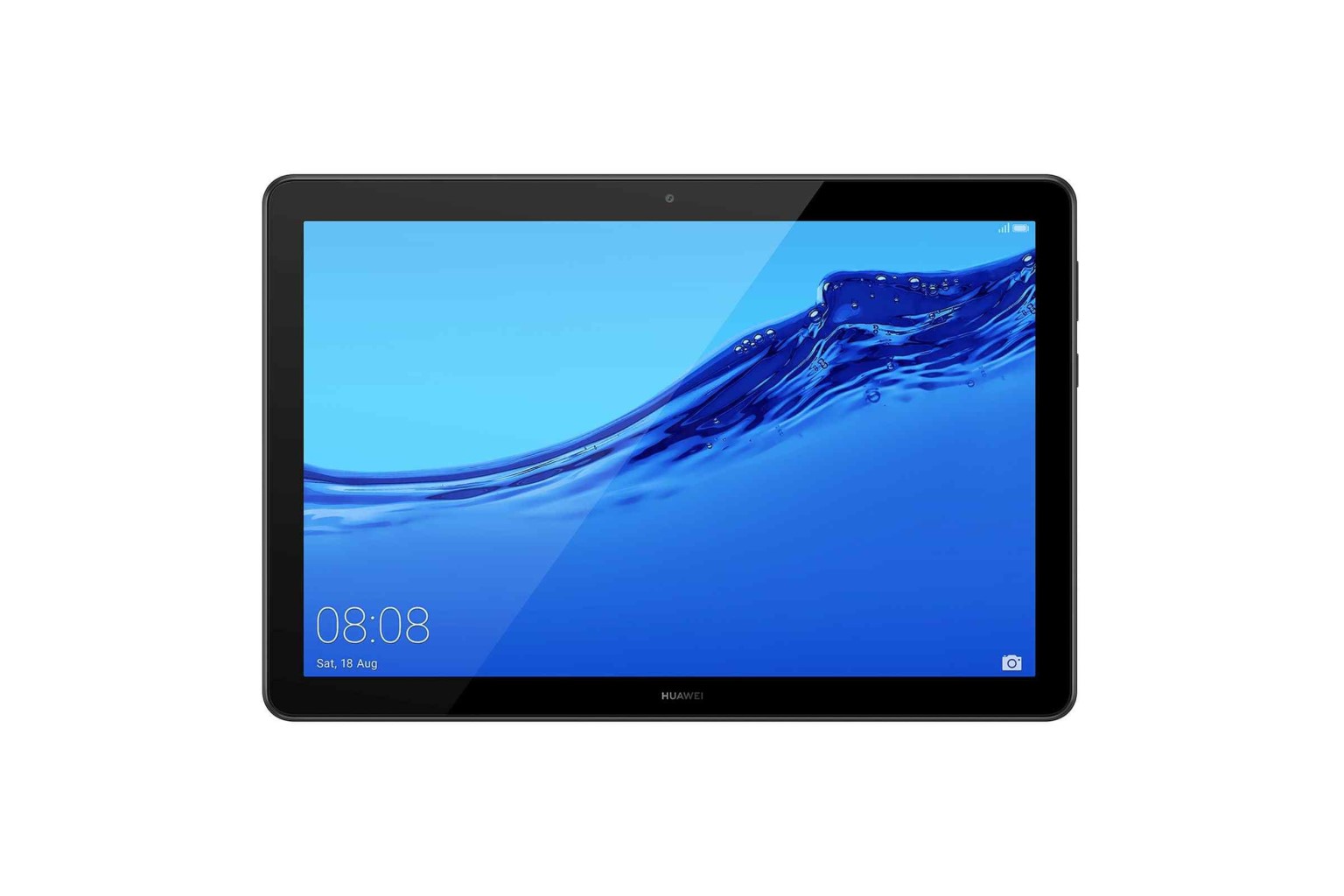 Huawei recently launched new premium tablets in Singapore, but it is the two-year-old MediaPad T5 that gets picked for its excellent value for money.

It also supports LTE, so you can browse the Internet and stream videos from anywhere.

And unlike Huawei’s newer tablets, the T5 has access to Google apps and services. 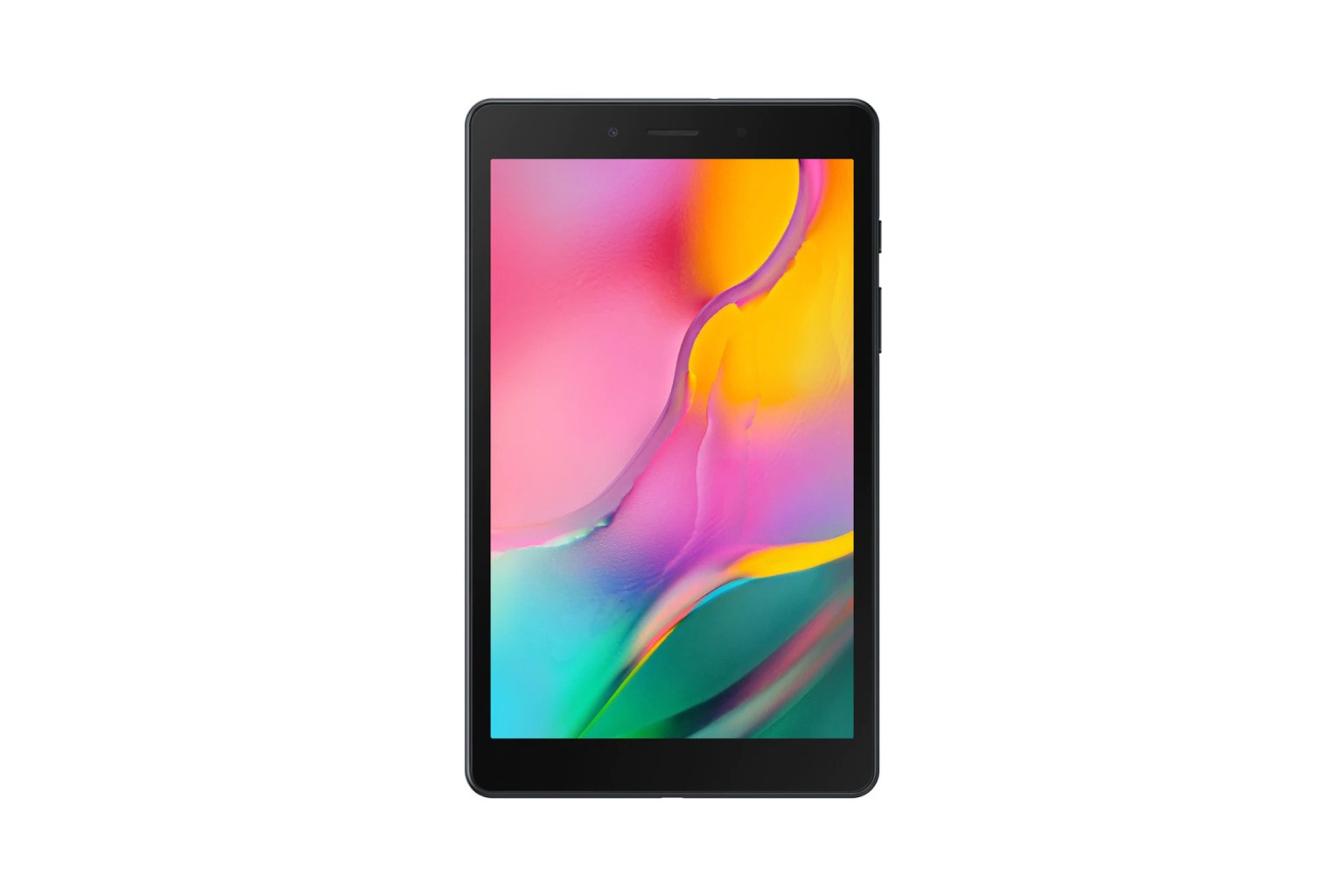 For a decent and inexpensive Android tablet suitable for kids, consider the Samsung Galaxy Tab A.

The 8-inch version (there is also a 10.1-inch model) weighs a handy 347g despite having a decent-sized 5,100mAh battery that should easily last a day or more.

Parents can use the included Samsung Kids feature to set usage time limits and monitor the apps used by their children. 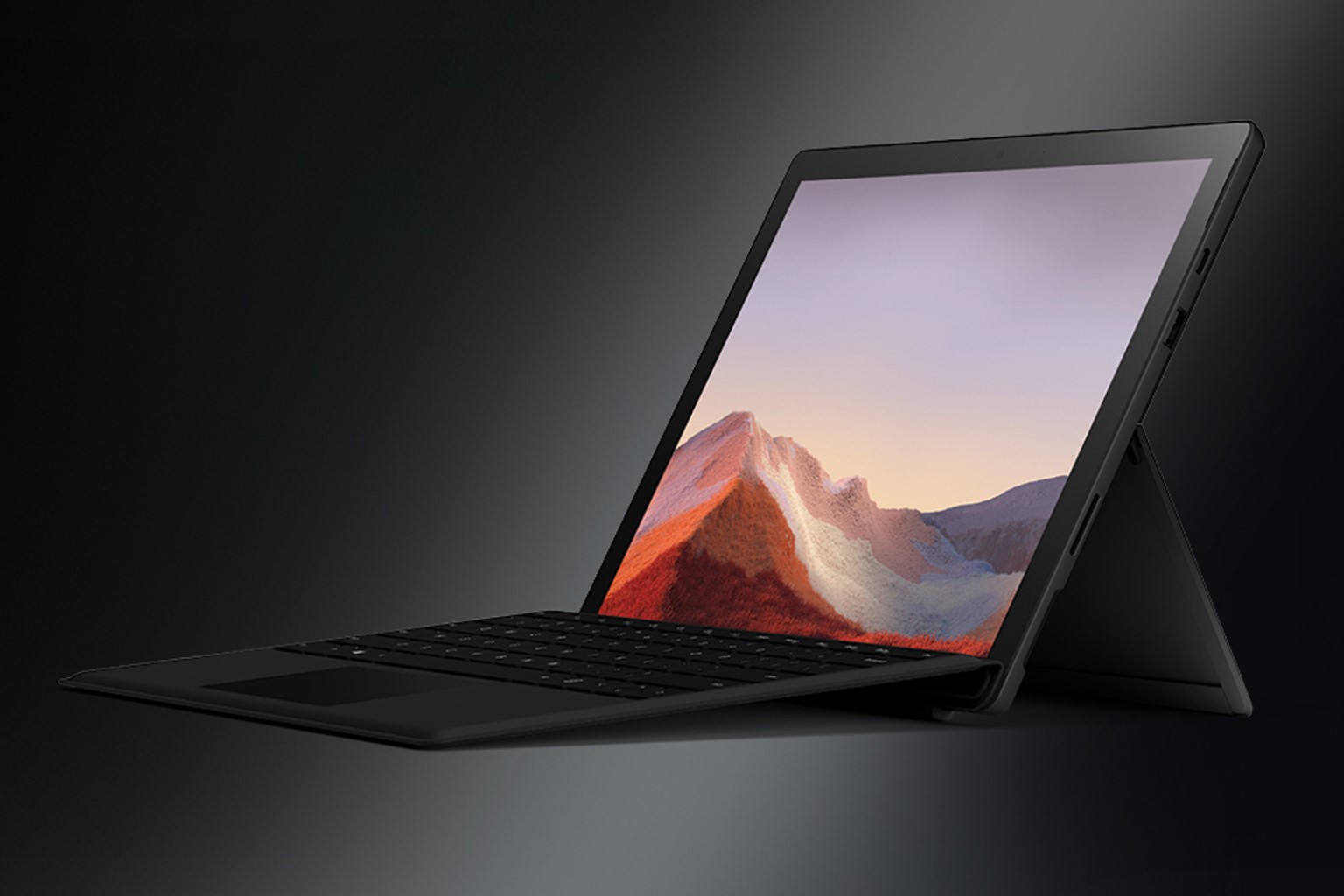 For those who must use Microsoft’s Windows operating system for work, the Surface Pro 7 is the best option.

While the latest model is a minor refresh with upgraded hardware, it remains a very good tablet. For one thing, I wish more tablets had the Surface’s built-in adjustable kickstand.

Its screen is sharp and vibrant, while the display’s 3:2 aspect ratio reduces the amount of scrolling when working on spreadsheets and other Office documents. 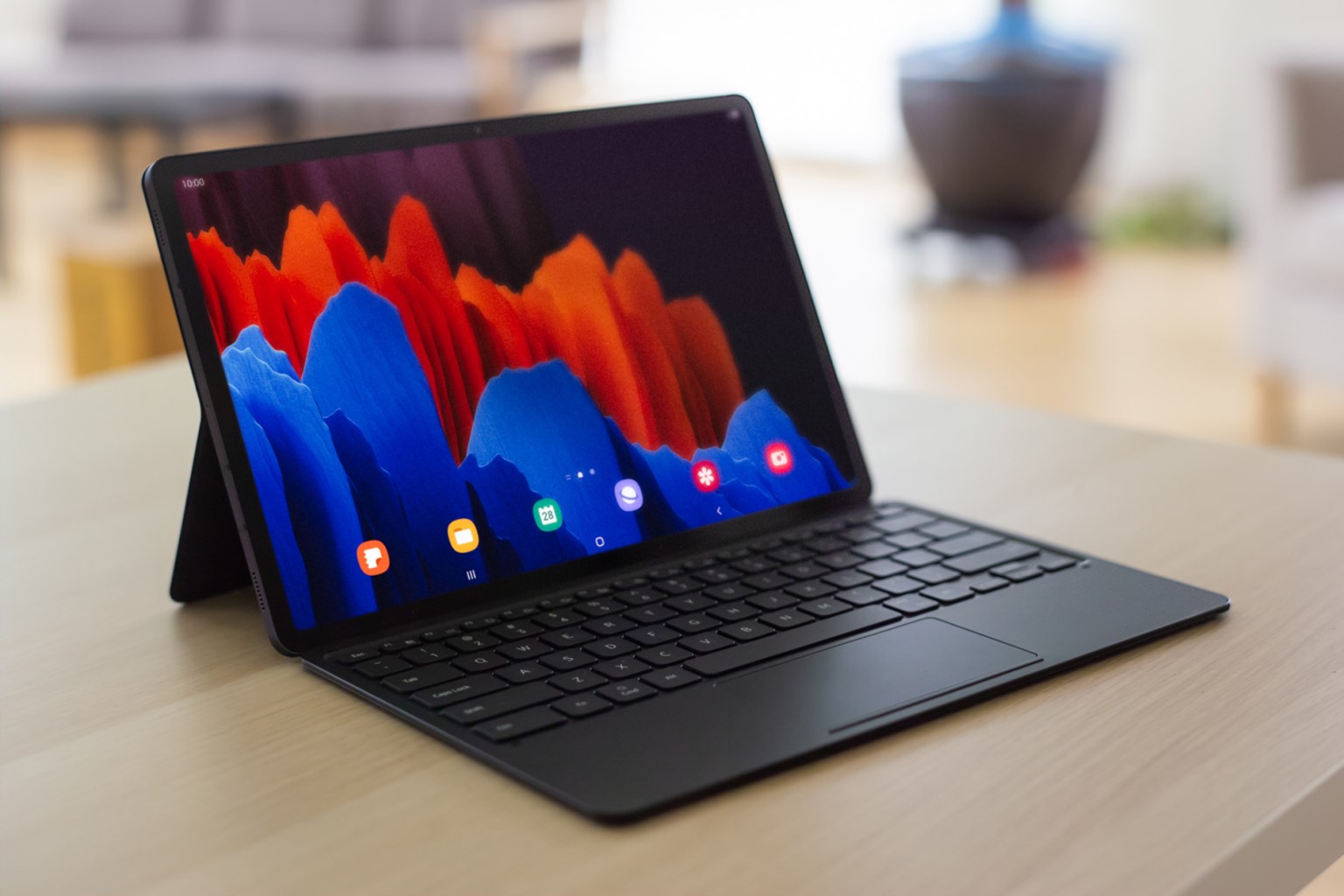 Samsung has consistently produced the best high-end Android tablet. This year’s Galaxy Tab S7+ maintains this record with a spectacular 120Hz Amoled screen that is arguably the best display on a tablet in terms of sharpness, colour and responsiveness.

The latency of the included S Pen stylus has been reduced, putting it on a par with the Apple Pencil.

In addition, you can now have three concurrent apps in split-screen mode, up from two. Samsung’s DeX desktop mode also works wirelessly now, so you can conveniently mirror the tablet’s content to a TV or monitor without a cable. 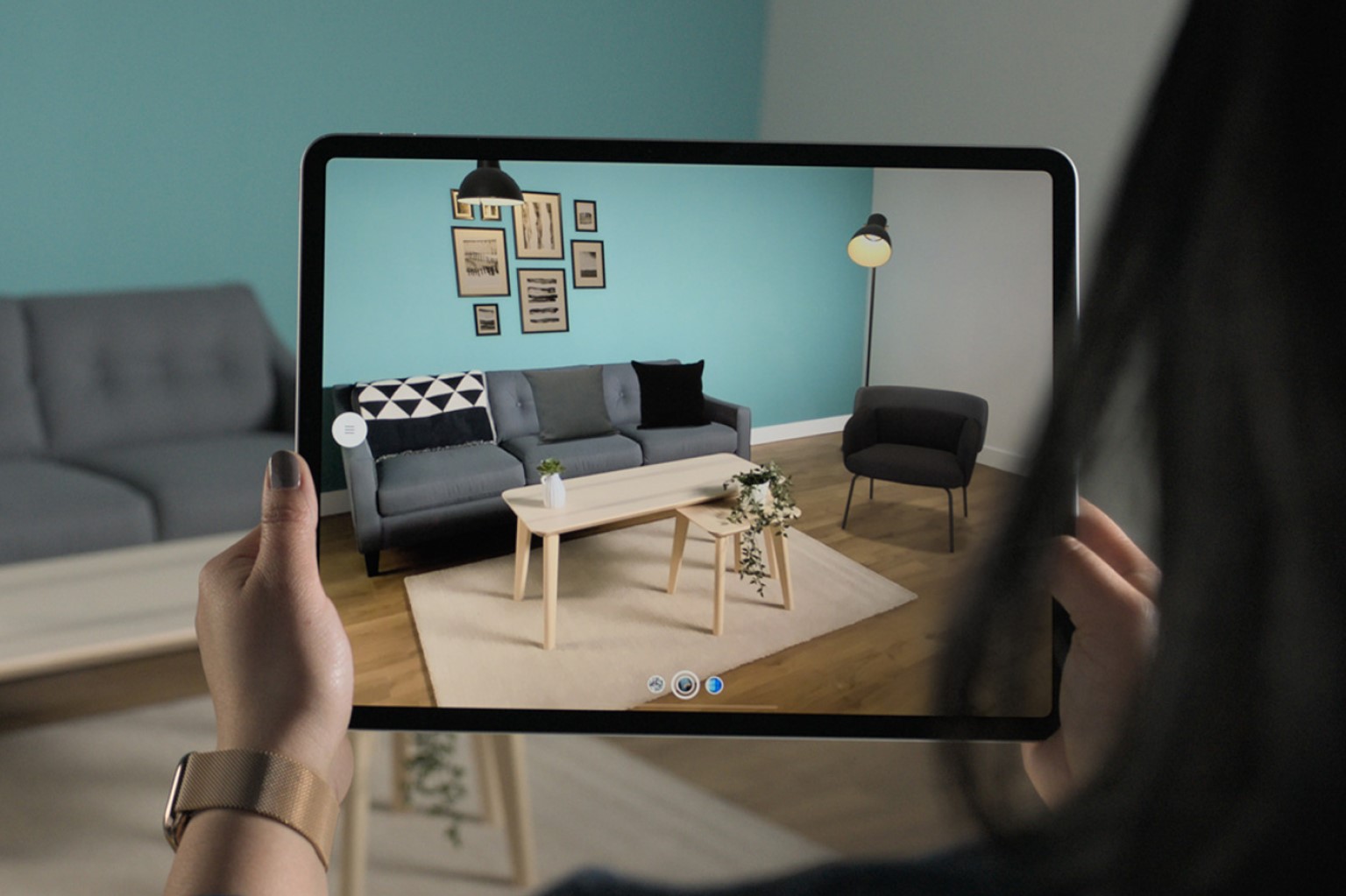 With the larger of the two available iPad Pro sizes, the 12.9-inch model makes a strong case as a laptop replacement with its gorgeous display and powerful processor.

In fact, its processor outperforms some notebook chips and it comes with Wi-Fi 6 support too.

Apple’s latest iPadOS also adds various quality-of-life tweaks that improve productivity, such as touchpad gestures. Of course, these gestures will require a compatible keyboard accessory like the Apple Magic Keyboard (from $439).

How To Use Split-Screen On Your Android Smartphones