Investors highlighted that work from home is not a temporary fad, but the new reality for tech businesses

As Covid-19 continues to claim lives, startups need to change how they approach communication and outreach

Will businesses see the long-term behavioural transformation after the pandemic? 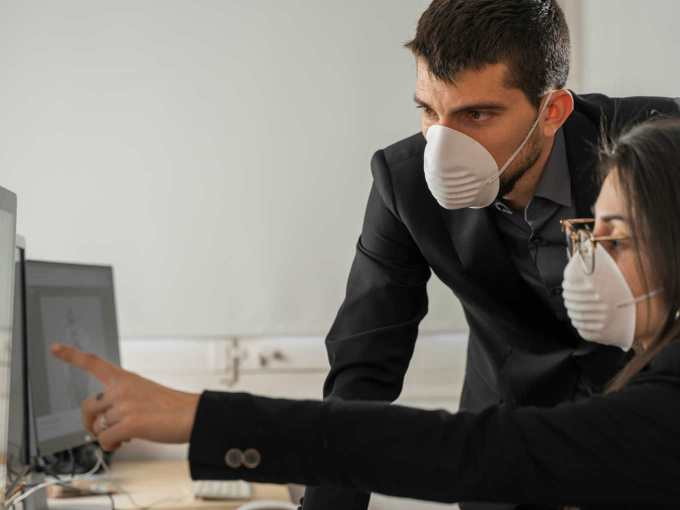 Every time a major crisis has hit the world, a new revolution has followed. The dotcom bubble burst led to the era of the web, while the global financial crisis of 2008 led to the age of smartphones. What can startups, tech businesses and others take away from the pandemic of coronavirus? Perhaps, it’s about growing responsibly.

The last quarter of FY20 has proved to be one of the toughest ones for businesses as investments have dried up and stock markets are crashing all over the world. Indian startups have had to make fundamental changes in their operations and consider business continuity plans to ensure the safety of their employees and customers.

Talking to Inc42, multiple startups and investors talked about this not being a passing fad, but a clear new trend, which will impact the culture of workplaces and startups.

But there are other cultural changes that startups need to look at. While social media posts on coronavirus have mostly been in panic and to discuss simple tips to stay safe, companies have resorted to irresponsible memes and jokes to send the message of hygiene and safety.

There are multiple aspects to these conversations, but while being in the midst of the outbreak gives startups perspective, the question is whether this will have a long-term impact on how tech startups go about daily work or how they conduct themselves in the public domain. Will we see changes in the way brands work and communicate?

Rajendran Dandapani, director of technology, Zoho Corp said an existential threat like the coronavirus can take startups over the “plateau of inertia” and make them realise that there is much to be celebrated in working from home, once the initial kinks are ironed out.

“I strongly feel this is not a passing fad, but a clear new trend. It is harder to collaborate, but easier to do personally creative work. So, it is a fine balance, a double-edged sword, a perfect gift for the post-millennial workforce,” he added.

K. Ganesh of entrepreneurship platform GrowthStory said that forced behaviour changes tend to become permanent as this removes mental blocks and creates new habits. “So while, there will be a reversal, going back to old ways, it won’t be to original levels but somewhere in between,” he added.

Similarly, Paytm told us that globally every company is embracing work from home at the moment keeping in mind the enormity of the crisis and the ripple effects. “We are sure that in the current situation, working from within the safe confines of their homes, the efficiency and productivity of our colleagues would increase,” the company spokesperson added.

Further, SaaS startup Wingify’s Sparsh Gupta said that the company is looking at the current mandatory WFH as an experiment to learn to function when everyone is remote. Gupta noted that the learnings will help the company become more agile and prepare for the future. “It’s too early to comment that this can be a long-term phenomenon, but we certainly are looking at it from the learning point of view to evolve our processes such that we can remain efficient while not in the office,” he told us.

Siddarth Pai, founding partner, 3one4 Capital told us that startups had fostered a culture where meetings would take place informally and impromptu. He believes this is a chance to go back to tradition, which means “calling meetings only when actually required and reduce the amount of friction that comes when people have to go to a number of places.”

Pai added that now most of the startups are taking this opportunity to develop a playbook for what their office culture will be once this crisis is over.

The changes, of course, extend beyond remote work, restricted travel and using remote meetings tools instead of face-to-face meetings, it’s also about empathy and showing employees and customers that one genuinely cares for wellbeing. The reaction from global technology giants such as Google, Microsoft, Twitter and Apple has been exemplary and offers a blueprint for Indian startups — from unicorns to early-stage startups — on how to deal with a tough situation in the public.

Some startups seem to have lost their manners in the way they have responded to the troubling spread of infection. While social media is usually full of memes or jokes on coronavirus, as a brand, there’s a higher degree of social responsibility in this time. Throwing caution to the wind and posting memes about face mask shortage creates the impression that startups just do not care. 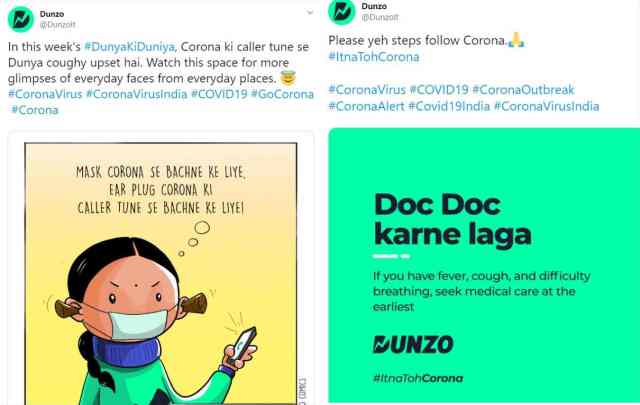 Similarly, Grofers also capitalised on the hygiene frenzy and promoted its private-label hand wash in the same blog post where it outlined the steps it took to tackle the pandemic. Social media channels of brands such as Dunzo and Zomato are also full of memes and jokes about the coronavirus — albeit from a time when the infection had not reached Indian shores.

And it’s not just the startups, some comments from VCs too are coming off as tone-deaf. Like Matrix Partners’ Sanuj Shah, who posted about the “massive opportunity in edtech” due to the pandemic and quarantines on LinkedIn. The post has since then been edited after Shah was criticised on Twitter and social media. So, at the end of the day, the context is everything. Perhaps talking about the business opportunity in a potential crisis is harmless, but now that it’s here, words definitely have to be measured twice. 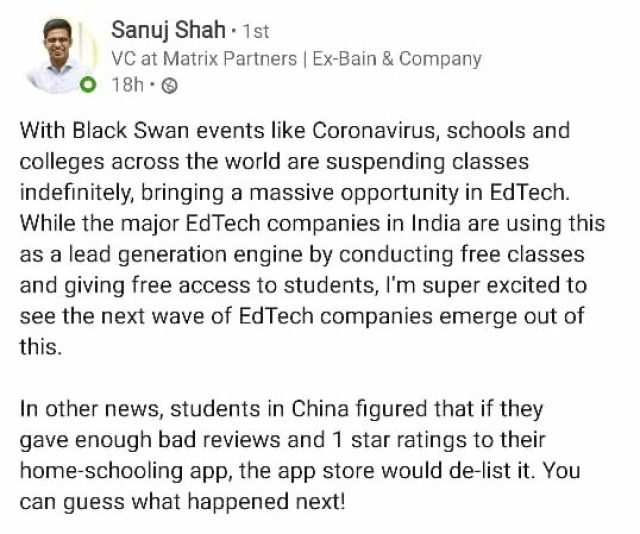 We had reached out to Zomato, Swiggy, Grofers etc for the responsibility of the brand, but queries remain unanswered till the time of publication.

Beyond this, we reported last week that while food delivery providers Zomato and Swiggy, as well as cab aggregators Ola and Uber, had delayed sending advisories to delivery/driver-partners, but whether these recommendations have been complied with, no one can tell. The responsibility of startups does not end with basic recommendations and advisories, especially when their partners are the ones braving the conditions in the real world.

Lightbox Ventures partner Prashant Mehta believes that while the startups are trying to be responsible in this crisis, he is hopeful that the community and society-at-large take the lessons learnt from this and applies it to messaging and communication. “Unfortunately, history has proven to us that we don’t learn enough, so time will tell if we do now,” he added.

He added that the mid-term impact of the coronavirus pandemic is expected to last for the next 12 months. So it is definitely not a smooth sail. From initial teething challenges to setting new routines and adapting to a more serious and sombre world, startups have a lot to sort out during this time. As we look at how the world will change due to the pandemic, we hope that startups take a lesson or two on the responsibility of brands in times of a crisis.

How to Make Instagram Your Not-So-Secret Sales Weapon – Entrepreneur