Home Apple Why your next PC should be powered by the AMD Ryzen 4000... 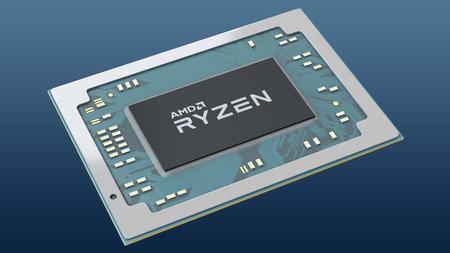 AMD tends to unveil its latest chipset at CES each January, but few announcements have caused such a stir as the Ryzen 4000 series.

This isn’t just another new processor – the company’s latest flagship is just 7nm thick, but still delivers a number of key enhancements to the user experience that make it worth considering for your next device.

For many years, Intel’s Core series has been considered the industry standard for laptop and PC processors, and as such few manufacturers have deviated from what they know best.

However, huge value can be found in opting for the Ryzen 4000 series, a chipset which has been designed with speed in mind.

There’s been a lot of buzz surrounding AMD’s latest generation Renoir processors, and rightly so. They deliver key upgrades to some of the most important aspects of a PC or laptop:

The Ryzen 4000 series has support for up to eight cores, more than any processor currently available in an ultrathin laptop. Performance is often one of the first things to be sacrificed in the quest for extreme portability, but that’s not the case here. Renoir processors are perfectly suited to multitasking, capable of handling many programs simultaneously without breaking a sweat. Efficient managing of the load on the processor will also keep your device running cool and quiet.

Working in tandem with performance, the Ryzen 4000 series comes with AMD’s Radeon Graphics built-in. That means devices with Renoir processors are accomplished when it comes to gaming, offering a performance enhancement of up to 25% over previous generations. It’s no coincidence that there’s a Ryzen 4000 series chip in the Asus ROG Zephyrus G14, considered the world’s most powerful 14in gaming laptop.

The Ryzen 4000 series is also up to 25% more responsive than previous generations, meaning users with a Renoir-powered device won’t be experiencing any slowdown.

Great performance means little without battery that can support it through the day. While much of this dependent on the battery capacity chosen by manufacturers, the Ryzen 4000 series offers up to 2x the power efficiency of previous generations. This can have a profound effect on how long you’ll get out of a full charge, as well as helping to manage the strain on the battery in the long term.

Generally, advancements in technology come with a hefty price increase. However, devices powered by the Ryzen 4000 series are priced roughly in line with the rest of the market, so you won’t pay a premium for the latest processing power.

Which devices should I buy?

The Ryzen 4000 series is the new kid on the block when it comes to flagship processors, so there are fewer devices available than Intel’s equivalent. However, considering the attention its launch received, you can expect many more to arrive in the coming months.

The highlight of the current lineup are new versions of HP’s Envy x360 convertible laptops, which offer the blend of portability and performance that the Ryzen 4000 series is known for.

HP’s flagship 2-in-1 comes with the AMD Ryzen 7 4700U processor, alongside 16GB of RAM and a 512GB SSD. The Renoir processors are especially well-suited to this form factor, allowing you to easily flip away the keyboard for an immersive gaming or media experience. The fact that AMD’s Radeon graphics are available on such a thin and light device is a bonus.

The 13.3in Full HD display is also primed for multitasking, with the Ryzen series coming into its own to handle multiple complex processes.

For £999, you also get extra functionality as a convertible with stylus support. It’s available at Currys now.

If your budget doesn’t stretch to that, the £799 HP Envy x360 offers the core Ryzen 4000 series experience at a more affordable price. The key differences here are the move to a Ryzen 5 4500U processor, as well as 8GB of RAM and a 256GB SSD.

However, it has the same 13.3in Full HD display as its more expensive sibling, so it’s a great option as an everyday laptop. You can buy it from Currys now.

Many of the big selling points of the Ryzen 4000 series are among the first things we look for when reviewing laptops. See more information in our guide to how we test laptops.

How to know if a graphics card is compatible

Halo Infinite: 5 gameplay details you may have missed

Turn Your iPhone into a Powerful Webcam with Camo – TidBITS