WiredFocus
WiredFocus > Media > Why Netflix is moving into gaming
Media


For years, Netflix has watched as the world’s largest technology companies try to position themselves as the “Netflix of gaming” — and agonised about whether to join them.

Google, Amazon, Microsoft and Sony have all rolled out video game streaming services that use sophisticated cloud technology to bring console-quality video games to any device, just like watching a Netflix show.

“We talked about video games for several years, writing up the pros and cons of the timing of entry,” Reed Hastings, Netflix’s chief executive, said this week.

Hastings, who famously says he likes to make “as few decisions as possible”, has finally decided to push the start button on Netflix’s gaming business. After hiring a former Electronic Arts executive to run its interactive team, the video streaming company announced this week that games would soon be added to its mobile apps as part of customers’ existing subscriptions.

But rather than taking advantage of its streaming technology to go into competition with Google’s Stadia or Microsoft’s xCloud, Netflix’s strategy more closely resembles earlier efforts by Hollywood studios such as Walt Disney and Warner Bros to develop games based on franchises such as Batman, Lord of the Rings and Spider-Man.

“We are in the business of making these amazing worlds and great storylines and incredible characters” in its original movies and TV series, Greg Peters, Netflix’s chief product officer, told investors on this week’s earnings call. “And we know the fans of those stories want to go deeper.”

Viewers of blockbuster shows such as Stranger Things, Money Heist and Black Mirror might be excited by Netflix’s move into gaming but analysts and investors are more divided about the heavily indebted company’s new foray into a vast but intensely competitive part of the entertainment market.

See also  You can build a billion-dollar unicorn and still go on maternity leave. These female CEOs prove it

Despite a carefully choreographed series of announcements about its expansions into retail, podcasts and gaming in the weeks leading up to its earnings report, investors have remained focused on the challenges facing its core business, as economies reopen and streaming competition intensifies.

Sign-ups in North America have ground to a halt in the past six months. From April through June, 430,000 people cancelled their Netflix subscriptions in the US and Canada. Over that same period, HBO Max added 2.4m subscribers, albeit from a much smaller base, while some believe Netflix is reaching saturation point in its largest markets.

After years of heady growth, “middle age appears to be setting in”, said Michael Nathanson, analyst at MoffettNathanson. Its shares have lost 5 per cent this year, while the benchmark S&P 500 gained 16 per cent.

As Netflix looks for new ways to retain its 209m paying subscribers, games could be one way to reduce churn, as Disney, Apple, WarnerMedia, Comcast, Discovery and ViacomCBS all look to lure away its subscribers.

Michael Pachter, analyst at Wedbush Securities, said Netflix also appeared to be using games as a “shiny new object that might distract investors from what we perceive to be [its] slowing growth”.

“Disney tried and failed to start up a games division three times” in the last 20 years, Pachter added. “Very few movies make it as games . . . I don’t see any [Netflix] properties except Stranger Things that would make a good game. Bridgerton? Ozark? Murder Mystery? Puhleeeez.”

Others have struck a more optimistic tone.

Netflix does at least have its own entertainment properties to build on as it pushes into games, said Piers Harding-Rolls, research director of games at Ampere Analysis, unlike Google or Apple.

Compared with the tens of millions of dollars needed to create a blockbuster console game, the stakes are rather lower in mobile gaming, where Netflix has said it plans to focus. Harding-Rolls estimates that a 5-10 per cent increase to its $17bn annual content budget would make a “solid pot for a good number of mobile games”.

Peters said Netflix will look to both develop its own games and license them from others, similar to how it built up its video business over the past decade.

This is not a new business model for video games. Analysts estimate tens of millions of people subscribe to console-based services such as Xbox Game Pass or PlayStation Plus.

But it is relatively new on mobile devices, where Apple Arcade and Google Play Pass, which each cost $5 a month for unlimited access to a bundle of games, are seen as making slower progress.

Netflix is already “really popular” among gamers, said Karol Severin, analyst at Midia Research. Midia’s surveys show 76 per cent of console gamers and 69 per cent of mobile gamers use Netflix every week, compared to 57 per cent of all consumers.

That “nearly guaranteed engagement” will be a strong lure for developers, he said, alongside the company’s strong record in data-driven user recommendations and content commissioning.

“Entertainment is converging,” Severin said. “Whether you are a video, games, music, sports or a social media proposition, you ultimately compete for the same entertainment time and money.” 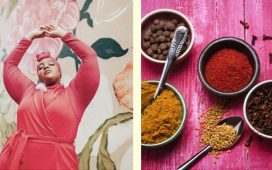 Pinterest Shares New Insights into Key Trends Gaining Momentum on the Platform, and How Brands Can Tap into Key Shifts 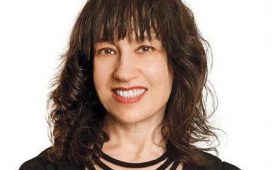 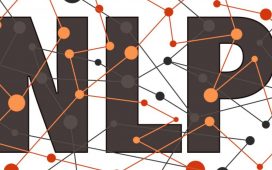