Home Windows When will Minecraft with ray tracing come to Xbox Series X|S?

The Xbox Series X and Xbox Series S are here, and a whole suite of notable games have already been optimized for Microsoft’s next-gen consoles, many with included ray-tracing support! These powerful consoles can handle a lot more than previous gens and support a wide range of new gaming technologies. However, one significant omission from Microsoft’s recent bombardment of next-gen upgrade announcements has been Minecraft. Minecraft is one of the most popular games in the world and would make a brilliant showcase with upgraded performance, resolution, and visuals on Xbox Series X|S.

On top of that, Minecraft has already shown players what it and the new Render Dragon engine is capable of with the release of Minecraft with RTX ray tracing. Minecraft: Bedrock Edition combines a new engine, Windows 10, NVIDIA’s amazing RTX GPUs, and Microsoft’s DirectX gaming technologies to completely transform its traditional and well-known visuals with real-time ray-traced lighting, shadows, reflections, and so much more. Minecraft with RTX looks incredible, and, for many, is well worth the inevitable hit to performance that it brings.

So bringing all of these awesome goodies to the Xbox Series X|S seems like a no-brainer, right? Well, Microsoft hasn’t shared any information with us yet, so as of right now, Minecraft with ray tracing on the Xbox Series X|S is a big giant question mark.

READ  Hellpoint goes up for preorder, runs at 1440p on Xbox One X

Right now, we have received zero confirmation from Microsoft that Minecraft is getting a next-gen upgrade for Xbox Series X|S, let alone the PlayStation 5. That doesn’t mean it’s not happening at all, but it does mean, at the very least, we’ll be waiting a good deal longer for it. Actually, Minecraft with ray tracing was briefly shown off as a technical preview for ray tracing on the Xbox Series X ages ago, and it looked suitably amazing. So why is it taking so long to hear anything?

The most likely culprit for the radio silence is simply that these things take time. Minecraft with RTX was just just recently released for Windows 10 and is only supported by the latest and greatest NVIDIA RTX GPUs. As powerful as they are, the Xbox Series X|S doesn’t use NVIDIA’s technology for ray tracing. Instead, they use AMD GPUs and will likely have to rely entirely on DirectX for ray tracing in Minecraft. DirectX has its own ray tracing standard, DXR, that Microsoft developed, which Minecraft should already support, but it’ll probably still take time to finalize. Who knows how long it’ll take to ensure a performant and stable experience on the Xbox Series X|S.

Hopefully, Microsoft won’t keep us waiting for too much longer. It’s reasonable to assume that Minecraft will eventually be optimized for the Xbox Series X|S and will probably include ray tracing support as well. Unfortunately, we’ll just have to keep waiting until Microsoft and Mojang Studios are ready to show us.

While you’re waiting for Minecraft with ray tracing to come to Xbox Series X|S, consider some of the Best Minecraft Merch, Toys, and Gifts either for yourself or another Minecraft fan in your life. 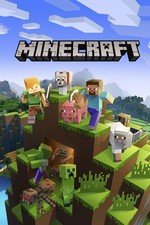 Cloning and reversing time await in It Takes Two