What’s behind the post-festive slump? A bit more than ‘Blue Monday’


Monday next, January 17th, is supposed to be the most depressing day of the year. But then again, so-called “Blue Monday” was originally dreamed up by a travel company or a PR agency – depending on which version of the story you believe – to sell holidays, and serious science has dismissed it as rubbish.

But there may be a grain of truth in there. January can be a tough month. New year’s resolutions have been made and broken, the weather can be dismal, pay day is still some way off and Covid remains a significant threat.

Seasonal affective disorder (Sad), which debilitates millions of people worldwide, causing low mood and depression, is also at its height in autumn and winter with an estimated 10-20 per cent of recurrent depression cases following a seasonal pattern.

What’s more relevant as the new working year gets under way, however, is not buying into the hype of a particular day, but digging a bit deeper into what’s behind the post-Christmas slump. Typically, a lot of it has to do with mood, both personal and corporate, as the clock ticks towards two years of significant Covid disruption.

“How’s your mood is usually my opening line these days because mood is vital to the success of any business, the health of any relationship and to our own mental health and wellbeing,” says life and business coach Neil O’Brien of Time To Fly. “That said, it has become a lot harder to read how people are feeling as in many instances, with continued remote working, no one is physically ‘there’ any more.”

O’Brien says most people’s default mood, even at the best of times, is at a mid-point setting. “Low mood is low mood, it happens. Top mood is great and doesn’t need improving. But it’s likely that most people will spend most of their time in the grey area between the two,” he says.

“Low mood and top mood are magnetic. If someone is feeling mid-mood, let’s say five out of 10, they can be dragged down or lifted up. So, a prevailing mood within a team can influence how its members feel.

“Moods defy logic so applying logic to them can be tricky,” O’Brien adds. “Moods are emotions so there is no such thing as a confident person or a motivated person. Everyone loses confidence and motivation from time to time and moods come and go very quickly.

“You can be really assertive one day and feel like you’ve cracked it and then be a total push over the next. You haven’t done anything wrong. What’s happened is that the assertive mood has left you. Moods follow action so taking action can trigger a change in mood which seems to be more effective than trying to psyche ourselves up to do something.”

Easily accessible mood triggers include alcohol and chocolate while music and positive affirmations can also have an impact. However, some of these fixes don’t last very long and replacing them with more consistent action is a better way of dealing with the moody blues O’Brien says.

“It turns out, ironically, that motivation and willpower are also just moods. This means we can’t rely on them to structure or manage our moods in a consistent way. However, there is a more effective solution which involves tapping into habits and daily disciplines to regulate rather than manage our moods. Specifically, there are four areas of daily activity we can use to do this: move (take more exercise), eat (make better dietary choices), rest (get more sleep) and tidy (become more organised). Any improvements in these areas will tend to improve our mood.”

O’Brien suggests making two micro changes per week in each area over a four-week period during January/February.

“These should be small changes that do not require much willpower or motivation. Don’t bother with resolutions, plans, goals or aspirations for the new year just yet. Work on mood regulation first. Then as we move into February see how you feel and what plans you are tempted to make,” he says. “Of course having something to ‘light your fire’ is also really important for your mood, but that’s a whole other topic in its own right.”

Days in the military

Karan Sonpar, professor of organisational behaviour at University College Dublin’s School of Business, is particularly interested in how groups can be influenced by mood.

“I recall from my days as a military officer that isolated instances of anxiety, stress or panic can have a disproportionate impact on a group, spreading like wildfire and leading to a generalised sense of ‘learned helplessness’,” he says.

Sonpar says leaders need to maintain a constant awareness of mood, to understand and recognise the risks of “emotional contagion” and to be quick about offering support to individuals who show signs of struggling.

“Individuals in leadership roles should keep their ear to the ground and be alert to any early signs of stress or anxiety within their teams or organisation. This is critical for group cohesion and performance,” he says.

“Of course misery loves company so, to avoid this, individuals can take affirmative action such as surrounding themselves with others who are upbeat and choosing activities that create a sense of normalcy for themselves. Optimism, humour and energy are also contagious and light-hearted social interactions can lift everybody’s mood. Just as our mood can impact our actions, so can our actions impact our mood.” 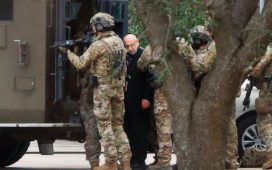 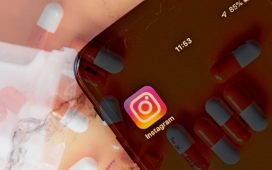 Instagram’s hidden drug market for teens is out of control 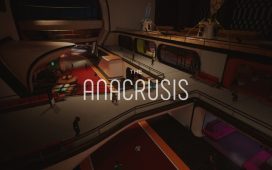