WiredFocus
WiredFocus > Android > What were the best streaming services of 2022?
Android

What were the best streaming services of 2022?

2022 seemed like the year when streaming services would begin to settle into their respective niches. With legacy names like Netflix and Hulu still in the game, newer arrivals like HBO Max and Disney Plus, and niche outfits like Shudder and Mubi all clearly branded and established, we might all get to take stock and crown the best streaming service for our needs.

Instead, we saw some pretty major changes. There was the merger of WarnerMedia and Discovery early on. That came with the eventual announcement that HBO Max and Discovery Plus would inevitably merge. We’ve since learned that the new Warner Bros. Discovery streamer will be called Max when it launches. Beyond major shifts like that, we also saw Netflix cracking down on account sharing and rolling out an ad-supported subscription tier, leading to much grumbling and speculation.

All in all, it was a more eventful year than expected. While the bigger players remain powerhouses, offering access to huge libraries of originals and third-party tiles, there are plenty of ways to assess which was the best streaming service in 2022 beyond biggest offerings. We’ve broken it up into categories: best content, best value, best family option, fastest growth, and best niche option. That covers a lot of bases and offers an overview of where streaming stands going into 2023. Read on to see who the streaming winners of 2022 were.

Apple TV Plus has been something of an outsider since its launch in 2019. Offering only original titles, the service is much slimmer than its competitors, but that also means it has a more curated selection.

Early in the year, Apple’s profile grew quite a bit when its 2021 feature film CODA took home the Academy Award for best picture. It has followed that success up with the release of some critically acclaimed films like Cha Cha Real Smooth and Causeway, as well as Oscar hopeful Emancipation.

Apple probably has the best batting average for its originals.

On the TV side, Apple TV Plus has been punching way above its weight since day one, but 2022 was a particularly strong year. Major cornerstone titles like The Morning Show and Ted Lasso weren’t on the schedule this year, but the popular dystopian future series See returned for its final season. Other returning hits included Servant, For All Mankind, and Slow Horses, all among the best shows currently airing. The streamer also premiered some new shows with major buzz, like Bad Sisters, Black Bird, Shining Girls, and breakout hit Severance.

Apple TV Plus has quickly become a major player in the streaming game since its launch in 2019. Its slate of original programming includes shows like Ted Lasso, The Morning Show, Foundation, and For All Mankind as well as movies like The Banker, Greyhound, and Palmer.

It’s hard to compete with Amazon’s streaming service in terms of value when you consider it’s included with an Amazon Prime subscription. For people who rely on Prime for other things, it’s basically a free perk.

At $14.99 per month, you’re paying a similar price as for Netflix’s average subscription tier but getting all those Prime perks. The big one is that you get free one and two-day shipping on most Amazon orders without a minimum spend.

Beyond the convenience of using Prime Video as a bonus to your Amazon Prime membership, you’re getting plenty of great streaming content, which is what we’re really talking about here. Prime includes an impressive array of original shows and movies. In 2022, those included the blockbuster The Lord of the Rings: The Rings of Power and the very successful Reacher on the TV side, with All the Old Knives, Catherine Called Birdy, Master, and Good Night Oppy representing an impressive film slate.

If those titles, along with Amazon’s extensive catalog of library titles, are appealing to you, you can also go for a streaming-only subscription, which sets you back just $8.99 per month, making Prime Video a true bargain.

We often think of “family” content as just another word for kids’ programming, but Disney Plus offers a wider range of titles than that. It’s truly a strong contender for streaming for the whole family, with titles from all of the Disney brands including Lucasfilm, Marvel, National Geographic, 20th Century Studios, and Pixar.

Disney Plus really does appeal to all ages, not just kids.

In 2022, kids and their families could enjoy titles like Turning Red, Better Nate Than Never, The Mighty Ducks: Game Changers, and Chip ‘n’ Dale: Rescue Rangers. Marvel fans had three new series to choose from, including the all-ages Ms. Marvel and She-Hulk, and the more adult-leaning Moon Knight. And for Star Wars fans, there was The Book of Boba Fett, Obi-Wan Kenobi, Tales of the Jedi, and the more mature Andor.

Check out: Everything you can watch on Disney Plus right now

Older titles ran the gamut from animated Disney classics to Star Trek spoof The Orville to The Simpsons to Marvel’s Daredevil to ABC shows like Alias and 8 Simple Rules.

And Disney Plus is an even better family streamer when you look at the service internationally. In many markets, Disney Plus Star gives subscribers access to Hulu content as well as a massive catalog of library titles from across its many brands, including more adult-skewing movies like the Alien franchise or shows like FX’s The Americans.

Disney Plus offers thousands of TV episodes and movies from across the Disney library, including its Pixar, Star Wars, and Marvel shows and films, along with exclusive TV series and movies.

While a lot of people may still see the NBCUniversal streamer as a glorified tool for luring fans of The Office, the service has actually made some pretty major inroads and is setting itself apart from the competition.

Check out: The best Peacock shows to stream

With a decent free tier and an impressive library of films and TV shows including originals, Peacock was already doing alright. But in 2022, the service expanded. Through NBCUniversal’s ownership of Telemundo, it was able to provide live access to the World Cup in Spanish. It hosted the streaming premiers of major new releases like Nope, Ambulance, and The Black Phone, along with same-day releases of Halloween Ends and Firestarter. And through a new partnership, it became the streaming home of Hallmark Channel content, giving cord-cutters unprecedented access to Hallmark titles just before Christmas.

Peacock may not have the high profile of more established streamers, but it’s quickly expanding and offering unique content to its subscribers.

NBCUniversal’s Peacock streaming service offers a lot of great movies and TV shows to stream on demand, along with live news and sports. Best of all, you can watch lots of its content for free, or watch all of it with a paid subscription starting at just $4.99 a month.

While there are plenty of niche streaming services like Britbox for Anglophiles, or Mubi and the Criterion Channel for those who want indie and foreign fare, one service rises above all others: Shudder.

The AMC Networks-owned horror and genre streamer is one-of-a-kind. It hosts a huge library of horror titles including classics, foreign films, mainstream titles, indies, and some Shudder originals and films picked up for exclusive streaming availability. In 2022, some standouts included Watcher, Resurrection, and V/H/S/99.

If you’re a horror fan, you probably already know Shudder. And if you don’t, you won’t be disappointed.

There’s nothing out there like Shudder for horror fans.

AMC Networks has sadly announced major upcoming cutbacks across its different brands, including Shudder. It’s still unclear what that will mean, but we hope that the company treads lightly with its horror streamer. As a carefully-curated and unique service with a huge library, Shudder feels like an indispensable hub for horror fans.

Time to scream with this horror streaming service

Horror movie fans will find a lot to watch with the Shudder streaming service. It serves up a collection of classic and contemporary horror movies to chill you to your core.

We’ll have to wait and see how the new Max service plays out in 2023, or how subscribers will respond to Netflix’s continued bids to remain relevant.

For now, those are our big winners of 2023. Which were your favorite streamers of 2022? Let us know in the comments! 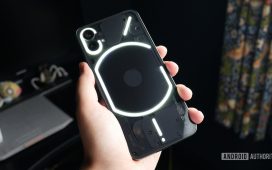 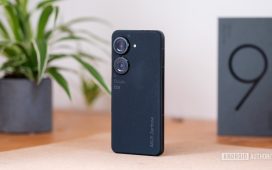 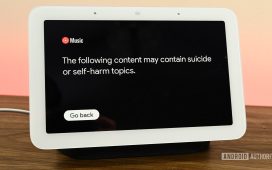 YouTube Music has a pesky censorship bug on Nest Hubs; here’s how to bypass it 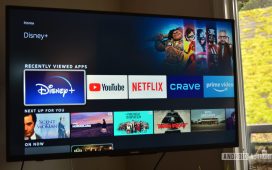 Are ad-supported streaming services worth it?