Home Science Weird exoplanet 40 times larger than Earth may be the leftover core...


Weird exoplanet 40 times larger than Earth orbiting a star 730 light-years away may be the exposed core of a Jupiter-like gas giant, scientists claim

An exoplanet orbiting a star 730-light years away may in fact be the leftover core of a Jupiter-like gas giant, a study has claimed.

Scientists suggest TOI 849 b, which completes an orbit every 18 hours, may have had its outer gas layer ripped off as it passed too close to its host star.

They also say it could have lost the layer in a collision with another planet – or it could be a ‘failed’ gas giant that never generated enough force to create an atmosphere.

TOI 849 b is the same size as Neptune, or roughly 40 times larger than Earth.

The discovery marks the first time a possible gas giant core has been spotted in space, allowing researchers to glance inside gas-giants like Saturn and Jupiter. 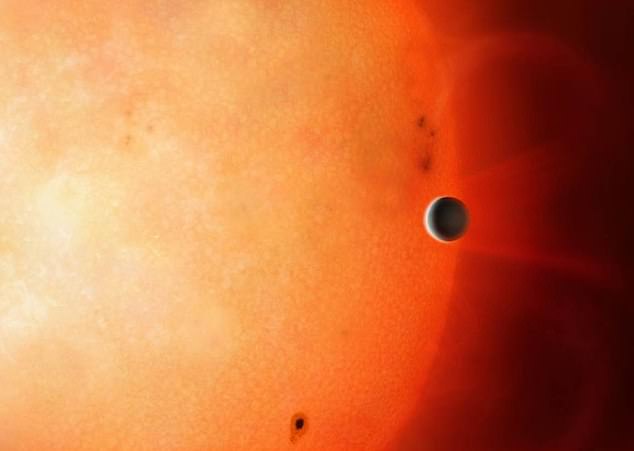 An artists impression of TOI 849 b, which is so close to its star that it completes an orbit every 18 hours. It is also thought to be 1,500C on the exoplanet’s surface

The exoplanet was found by NASA’s Transiting Exoplanet Survey Satellite (TESS) this year, when a dip in brightness from a star indicated its presence.

READ  Govt to focus on loss-making discoms for next 3-4 yrs to achieve '24X7 power for all': Official - ETEnergyworld.com

By analysing the amount of light it blocked out, scientists were able to calculate its size and orbital period.

They could also work out its mass, which was found to be 40 times that of Earth, but with a radius of just 3.4 Earths, suggesting it is very dense.

This, scientists argue, means it must be a planetary core.

‘The planet has a high density, and therefore has to primarily consist of iron, rock and water, but only very little hydrogen and helium,’ said lead author Dr David Armstrong from the University of Warwick.

‘Such a small amount of hydrogen and helium is really astonishing for such a massive planet. 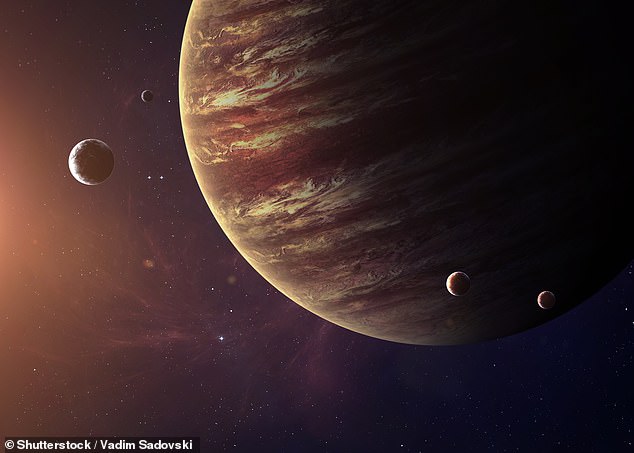 The core is thought to be from a gas giant like Jupiter, shown, allowing scientists to peer inside

‘We would expect one this massive to have accreted large quantities when it formed.

‘The fact that we don’t see those gases lets us know TOI 849 b is an exposed planetary core.’

The researchers suggested several theories for how it lost its outer layer, and said it offered a ‘unique opportunity’ to study the interior of a planet.

‘We have an opportunity to look at the core of a planet in a way that we can’t do in our own solar system,’ said Dr Armstrong.

‘There are still big open questions about the nature of Jupiter’s core, for example, so strange and unusual exoplanets like this give us a window into planet formation that we have no other way to explore.’

The study was published in the journal Nature.

Titans made of hydrogen and helium: What are gas giants?

The exoplanet TOI 849 b, which is 730 light-years from Earth, is thought to be the exposed core of a gas giant.

These are large planets consisting mostly of the gases hydrogen and helium, but with a small rocky core.

In our solar system Jupiter, Saturn, Uranus and Neptune are all considered to be gas giants.

Thousands more have been discovered outside it and throughout the Milky Way with the help of NASA’s Kepler Space Telescope.

The planets are thought to form during the formation of a sun, as the gravity from their rocky cores pulls in hydrogen and helium released by the forming fiery orb.

Covid may lead to emergence of ‘superfungus’ in Brazil, say scientists

Eradicating polio is finally within reach. Why is the UK taking its foot off the pedal? | Anne Wafula Strike

Covid may lead to emergence of ‘superfungus’ in Brazil, say scientists