Why are we losing the world’s coral reefs? Anthropogenic action, that’s why. The coral reefs are dying, and they’re the world’s first ecosystems to become extinct because of humans. Rising carbon dioxide emissions are heating the oceans and turning them more acidic. At this point, researchers aren’t hopeful to preserve all the coral reefs — they’re working to ameliorate the devastation.

Conservation innovation and technology alone cannot save reefs, but it can potentially help scientists and environmentalists study, mitigate, and address key challenges facing these cyan, green, and red wonders of the ocean. 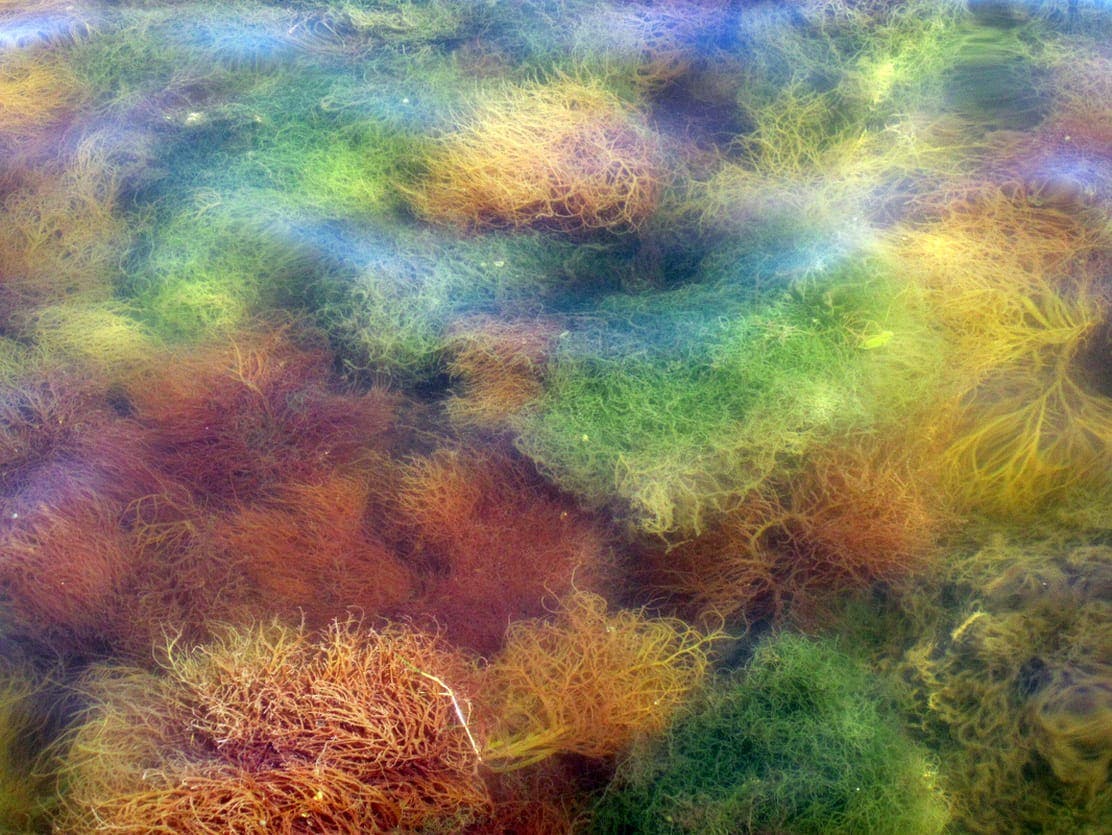 Our world is dependent on the planet’s natural systems such as coral reefs. NOAA reminds us that coral reefs protect coastlines from storms and erosion, provide jobs for local communities, and offer opportunities for recreation. They are a source of food and new medicines — over half a billion people depend on reefs for food, income, and protection.

Unesco’s community-focused initiative, Resilient Reefs, was created after data indicated that 21 of its 29 World Heritage-listed coral reef sites were already degraded. The collaboration takes a “macro, holistic view of the reefs’ specific ecosystem and community who depend on it.” They are incorporating a variety of expertise, including social, economic, and cultural resources to provide local people with the hope and agency they need to plan for future habitat changes, including loss of coral reefs.

While coral reefs are ancient and relatively adaptable, they are easily affected by warm water.

Coral exists in a mutually beneficial relationship with zooxanthellae algae, which live inside the coral’s polyps. The algae use the coral’s waste products and provide the nutrients to feed them both through photosynthesis. When ocean temperatures rise, the coral’s bright colors leave their host, causing it to look white, a condition known as “coral bleaching.” The loss of algae, which provide coral with much of its energy, make corals vulnerable to starvation and disease.

A study at the University of Miami in 2018 concluded that rapidly warming oceans are resulting in more frequent and severe mass bleaching events, while the uptake of CO2 by the surface ocean is driving down the pH, making it more difficult for corals and other organisms to build their skeleton and shells. The study allowed researchers to better understand how corals respond to heat stress and ocean acidification, which is important since these conditions are expected to affect corals in coming decades and to understand how these stressors are recorded in coral skeletons.

If current trends continue and the world fails to reduce greenhouse gas emissions, then severe bleaching will occur every year on 99% of the world’s reefs within the century. Researchers with Australia’s Reef Restoration and Adaptation Program warn that reef best-practice conventional management — while essential — is unlikely to be enough to sustain coral reefs under continued the climate crisis. Reducing emissions of greenhouse gases isn’t the only solution that’s necessary, either.

Innovation & Tech Can Improve the Vitality of Coral Reefs

Research can help provide strategies to build resilience in the world’s coral reefs. For instance, studies referred to by the Guardian show that reefs are more likely to recover from a heating event if they are protected from other stresses, such as overfishing, pollution from agriculture, and boat damage.

Scientists at the Australian Institute of Marine Science say they’re encouraged by the results of ongoing lab research to create “enhanced” corals — they’re gene-edited to make them more resilient to rising water temperatures. Lab and field tests show the hybrid corals have up to 26x better heat tolerance, which would make them ideal candidates for repopulating bleached reefs.

Project reef restoration scientist Kate Quigley says that, by pairing enhanced corals with enhanced symbionts, they were able to increase their heat resistance. “The early results we have found in regards to enhancing corals’ heat tolerance are encouraging,” Quigley explains. “I would describe these early experiments as successes.”

READ  How to make a face mask, according to scientists

The Coral Nurture Program, funded through the Australian and Queensland Government Coral Abundance Challenge, doesn’t claim to “Save the Reef.” Instead, the operation team created nurseries to supply a stock of corals by propagating parent lines, collected eggs and sperm, and fertilized them away from predators. Once they grow into baby corals, they are injected back on to the reef in a controlled manner.

Malin Pinsky, associate professor at Rutgers University, led a study about management for species network diversity. Pinsky outlines how their team found that a diversity of reef types provides the variety on which evolution depends. “We need to conserve hot sites, which are important sources of heat-tolerant corals,” he states, “as well as colder sites that can become important future habitats.” He adds that corals are already migrating in the directions of the poles, showing up in Japan, in places that used to be covered in kelp, and in southern Australia, “which is another sign of hope.”

New and emerging technologies like drones, autonomous underwater vehicles, 3D mapping and modeling tools, high resolution and nano satellite imagery, and a suite of monitoring and surveillance tools that are revolutionizing enforcement of sustainable reef fisheries. Yet Madin, Darling, and Hart, a research group writing in Frontiers in Marine Science, outline how maximizing the impact of these technologies requires addressing several significant barriers:

This multi-regional team identifies insights that can provide guidance for wise application of emerging technologies to coral reef science and conservation:

This research team concludes that, with robust data; meaningful collaborations between scientists, stakeholders and technology developers; and targeted funding to support the scaling up of coordinating technologies, coral reef science and conservation may just be able to keep up in a changing world.

Coral reefs are in a perilous state. 50% of coral reefs have been lost in the past 20 years. More than 90% are expected to die by 2050. But conservation innovation and technology can help.

Currently NOAA’s Coral Reef Conservation Program is awarding more than $10.5 million in grants to support coral conservation projects and scientific studies in 7 US states and territories, as well as international projects in the Caribbean, Micronesia, and the western and south Pacific.

Grant and cooperative agreement recipients are also providing more than $6.5 million in matching support — a total of $17 million for these critical projects. These projects and studies will help address the 3 primary threats to coral reefs: a changing global climate, land-based sources of pollution, and unsustainable fishing practices. The awards will also fund activities to heal and restore damaged coral reefs.

Appreciate CleanTechnica’s originality? Consider becoming a CleanTechnica member, supporter, or ambassador — or a patron on Patreon.

Carolyn Fortuna Carolyn Fortuna, Ph.D. is a writer, researcher, and educator with a lifelong dedication to ecojustice. She’s won awards from the Anti-Defamation League, The International Literacy Association, and The Leavy Foundation.
As part of her portfolio divestment, she purchased 5 shares of Tesla stock.
Please follow her on Twitter and Facebook.

Venus life: Phosphine discovery could be wide of the mark – study

AIB in exclusive talks to buy back Goodbody Stockbrokers