Volkswagen Australia admits it has been slow to join the electric vehicle market but has revealed how it will play catch up. The German giant has announced plans for 10 electric models by 2026, with many already locked in for local sale.

As was the case with small SUVs, Volkswagen Australia has been slow to react to the market shift, but as the success of T-Cross and T-Roc shows, the brand is capable of making up for lost ground. The process will begin in 2023, with the ID.4 and ID.5 locked in to begin sales in Australia before the end of the year and the ID.Buzz arriving in 2024. Volkswagen Australia has set aggressive targets too, underlining its confidence, believing it can sell 6500 EVs locally in 2024 and ramp up to an average of 30,000 per year before the end of the decade.

Beyond that, the company has revealed its aggressive expansion plans, with multiple new models to spin-off the ‘MEB’ platform. This will include a new compact SUV based on the ID.3 hatchback, which itself will get a facelift for 2024.

More exciting for EV expansion is the news the brand will introduce what it is calling a ‘Polo-sized BEV’, which is set to have a target price of €25,000 or approximately $39,000. While it’s too early to know if that price will be achievable, especially in Australia, it’s clear Volkswagen wants to make its EVs more affordable to a wider range of buyers.

Volkswagen Australia passenger vehicle product chief Michelle Rowney said the local operation is in discussion with head office to bring this new, more-affordable model to Australia but cannot say it is locked in just yet.

“We’re part of the project, so we’re working with the factory and planning but do we have confirmation? Not yet,” Rowney said.

There are no details of the ID.3-based SUV, but this would be a smaller alternative to the ID.4, giving Volkswagen a car to compete against the likes of the Kia Niro, BYD Atto 3 and Volvo XC40 Recharge.

While no further details of specifications of this new SUV have been announced, it’s likely the new model will be based on the upcoming MEB+ architecture recently announced by the company. This evolutionary platform will feature new batteries that VW Group claims will allow for certain models to boast a driving range of up to 700km on a single charge. It will also be able to accept up to 175-200kW charging speeds, according to the company’s press release. 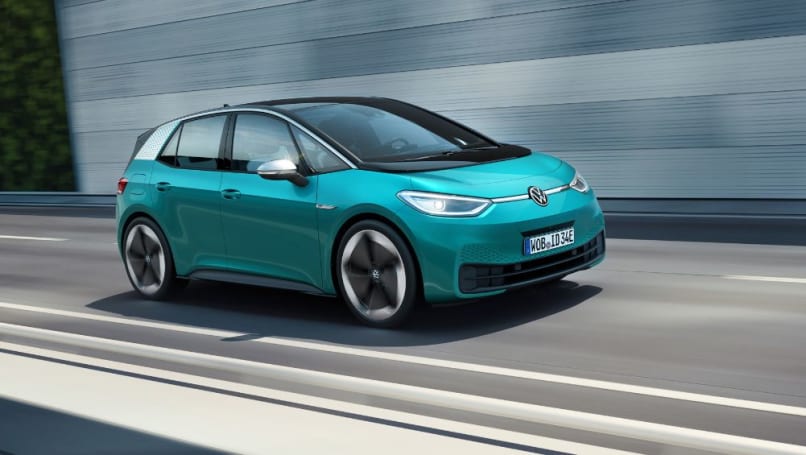 There are no details of the ID.3-based SUV, but this would be a smaller alternative to the ID.4.

This rapid EV expansion will impact most segments across the Volkswagen range, with plans for new models in the “performance and premium segments.” This fits with VW Australia’s announcement that the new GTX badge will play a significant role in its future, sitting alongside GTI and R as a sporty option in its line-up. The ID.4 and ID.5 GTX variants have already been seen and an ID.Buzz GTX has been teased for Australia.

The new MEB+ platform will also underpin a variety of other VW Group models, with Skoda, Cupra and Audi all set to benefit from the modular underpinnings.