Aurora resident Herbert Carramza admitted there was a lot of his plate over the long Fourth of July weekend but that didn’t mean there wasn’t an hour or so available to enjoy a local car show.

“I’m going to spend time with friends and a barbecue and I just left church, but I wanted to come and see all the cars here,” Carramza said as he walked along LaSalle Street in Aurora Sunday morning. “I like everything, especially Camaros and all the classics. I never owned (a Camaro) but I’d like to have this one I’m looking at.”

A $15 entry fee was charged for every car in the show, and about a half dozen sponsors also made contributions, organizers said. The event usually nets about $1,000.

Post Cmdr. Mike Eckburg said unlike some events held coming out of the COVID-19 pandemic, the American Legion only had to cancel the car show once, in 2020.

This year it had to be moved up for scheduling reasons.

“The show has always been the third Sunday in August, and we couldn’t have it then. So our only options were the end of October or July 3,” Eckburg said.

“We decided to have it this weekend and are hoping there are enough people around to come and see it as well as enough cars entered. We figured it was going to either be a boom or a bust.”

This year’s total reached just under 60 by the opening, which officials said “exceeded expectations.”

Among those who came out when the four-hour event started was John Aister, of Aurora, who said he served in Vietnam.

“I love vintage cars. They take me back to the days when I was young,” he said. “I had a ‘66 Malibu and I loved the car. I went into the Marine Corps and I had to sell it. I know I could find another one if my wife would let me have it. I’ve already had two Corvettes.”

Randy Classert, of Aurora, said his dad had a Model-A Ford when he was a kid.

“It had the rumble seat in the back,” he said. “I grew up in the ‘70s and saw a lot of cars then. My neighbors were always fixing them up. I think people keep coming to shows like this because the old cars, the shapes of the bodies, you don’t see them all the time. I think everybody enjoys old cars — I know I do. This is a time and place you can’t go back to.”

That theme of traveling to the past was echoed by Hector Sanchez, 26, of Aurora, who said looking at old cars “was like looking through a window in time.”

“This is a surprise. I live right here in the neighborhood and didn’t know this was going on today,” he said. “I did have an old Camaro at one point. Looking at the price of some of these cars, there’s one or two I’d really like to have.”

Juan Vasquez, of Aurora, said for him, “the construction and design of the cars” were among the most appealing aspects of what he saw Sunday.

Greg Clementz, of Oswego, said, in his opinion, classic cars will never go away.

“I have a candy apple red ‘32 Ford with a Chevy engine and I think cars like this will be around well into the next century,” he said. “We won’t be here, but I think our generation respected and loved them and will transfer them to their kids, who will keep them. I’ve had some for 50 years in my garage and I think there will always be a market for this.”

David Sharos is a freelance reporter for The Beacon-News. 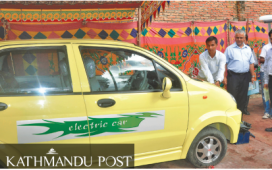 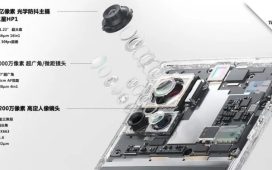 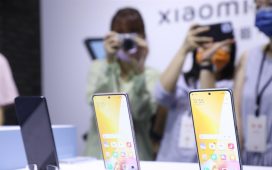 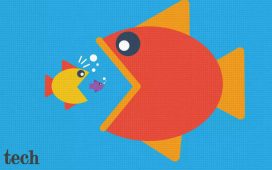