SALT LAKE CITY — A Utah father is recovering in the hospital after he was hit by a car that plowed into multiple vehicles at the airport.

David Harmer, 60, was at Salt Lake International Airport renting a car Monday morning. As he was walking to his rental car in the parking garage he heard a loud noise behind him.

“When I heard this engine roaring and wheels squealing, I turned around just in time,” David Harmer said. “I was smashed between a 3,800-pound vehicle and a 5,000-pound vehicle. I knew instantly that my pelvis was broken.”

Salt Lake police said the driver who caused the incident was a rental car company employee who was moving the vehicle, which had handicap driving accessibility features in it, when he lost control. He crashed into several parked cars and pushed another car into Harmer. Police said the driver was cooperating with the ongoing investigation.

“The paramedics estimated that he was going at least 40 mph when he hit the end of the line and that the car that injured me was going 20 mph when it hit me,” Harmer said. “They said had I been any smaller or less muscular, they would not have expected me to survive.”

Good Samaritans came to Harmer’s aid, including a third-year medical student visiting Utah from Alabama. He called Harmer’s wife, Elayne, who rushed back to the airport where she had just dropped off her husband.

“It was horrific. I mean, you don’t want to see your husband lying on the ground with paramedics,” Elayne Wells Harmer said.

Harmer’s pelvis was broken in three places. His recovery in the hospital has been slow but steady. Harmer said support from his family is helping him get through it all.

“A couple of the kids have even been staying nights along with Elayne, so they’ve been wonderful,” he said.

Through this accident, he hopes all drivers will learn to be aware of their surroundings and know how to operate the vehicle they intend to drive.

“If that had happened to an average consumer, they would be dead now,” he said. “Their family would be planning their funeral.” 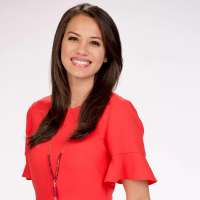 Ashley Moser joined KSL in January 2016. She co-anchors KSL 5 Live at 5 with Mike Headrick and reports for the KSL 5 News at 10.