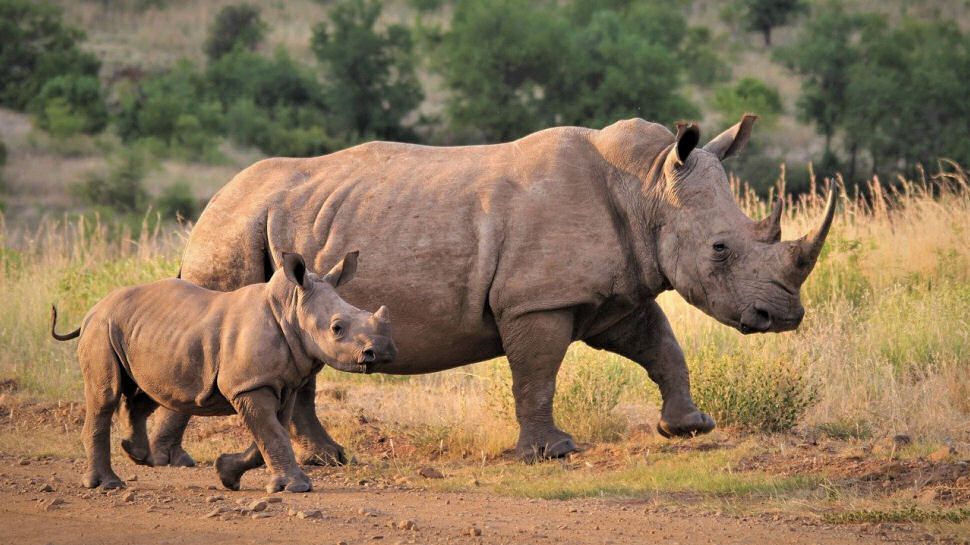 In 2015, it was estimated that poachers in South Africa killed one rhino every 8 hours. This equated to 3 rhinos a day, and resulted in devastating impacts on the nation’s wildlife population. Since then, the country has made ongoing improvements to its conservation efforts, however the situation remains critical. 80% of the world’s rhinos live in South Africa, and today, one rhino is still killed every 15 hours by poachers. While this is a step up from 2015’s figures, it’s clear that there’s more work to be done. With rhino population numbers continually decreasing due to poaching, rhinos run the risk of becoming extinct by 2025.

On hearing these numbers back in 2015, NTT Ltd. teamed up with Cisco to join the battle against poachers and launch Connected Conservation. The initiative uses smart technology solutions, such as sensors and thermal cameras, to proactively track the movement of people.

After initially launching in a private game reserve adjacent to the Kruger National Park in South Africa, the project successfully reduced poaching by 96% in its first two years of operation. Following this, Connected Conservation has now expanded to additional reserves in South Africa, and Zambia, as well as collaborating with the Northern Rangelands Trust to launch the project in Northern Kenya. The technology is now being fostered by six conservancies across Northern Kenya, spanning over 62,000 acres of land, which are home to 14% of Kenya’s rhinos.

Tracking the movement of people

The Connected Conservation solution is paving the way for a new era of conservation efforts, tracking the movement of people as opposed to the animals themselves. Each day, the reserves see endless flows of people entering and exiting the vicinity – from tourists to staff and suppliers. Without the right technology in place to monitor this movement, there was no way of tracking who was entering the reserve illegally and who was a potential poaching threat.

The Connected Conservation solution therefore uses IoT to detect people within the conservation areas it protects, and helps prevent any poaching activity. Rangers are notified of any potential threats in advance, allowing them to deploy security teams to patrol the specified area by sharing exact coordinates via mobile devices and alarm systems. The pilot project reduced the response time of the rangers from 30 minutes to 7 minutes anywhere in the private reserve.

In tracking the poachers, as opposed to the rhinos themselves, the initiative doesn’t restrict the animals, and instead allows them to wander freely within their natural habitat. It’s in proactively granting this freedom, while still protecting the land and the animals, that the initiative is a first of its kind.

As well as leading to a fall in poaching numbers, this approach also reduces stress or disruption for the rhinos. In the past, we’ve seen animals distressed as they are fitted with body sensors, or have their horns removed to deter poachers, whereas Connected Conservation’s innovative technology ensures the animals remain undisturbed.

The technology behind the initiative

To monitor and locate the animals themselves, rangers use cameras and thermal images, meaning they can track them from a distance. As well as supporting anti-poaching efforts, the thermal images also help rangers to monitor the health of the rhinos in Kenya. For example, through the cameras positioned at waterholes, rangers can see where the rhinos are, what their health condition is, and even if they’re experiencing unusual behavior – such as pregnancy or illness.

In Kenya, the initiative is also planning to connect all six conservation areas through wireless technology solutions, which will help rangers to easily communicate with each other. Improved communication crucially allows teams to quickly flag unusual activity, such as suspicious behavior on nearby Government roads. It also enables reserves to stop potential poacher intrusions before they escalate across their sites. Enhanced Wi-Fi and local networks have also improved communication between teams on the ground and in the air – meaning all bases are covered when a threat is detected.

While all elements are key to the solution’s success, data analytics plays a vital role. The Connected Conservation initiative uses an IT software tool called EarthRanger, which collects, integrates and presents both real-time and previously available data on a conservation area. By combining this data with existing field reports, EarthRanger can provide a unified view of activity within the protected area, as well as monitoring for threats such as deforestation and climate change. With this insight, rangers can detect trends and patterns to help prevent poaching before the threat arises. What’s more, teams can also leverage the data to support local communities by warning of any potential human-animal conflict.

Connected Conservation shows that technology can truly do great things. The project has had an immense impact on the reserves themselves, and the surrounding communities. Prior to the initiative, rangers in Kenya had limited access to connectivity, cameras and mobile devices. With NTT and Cisco’s technology, the teams are now able to proactively work to stop poachers in their tracks and protect the animals.

As well as majorly improving conservation efforts, the initiative also hopes to work with local communities to educate them on how the technology can protect the local area and the animals living there. Ultimately, the goal of Connected Conservation is to bring an end to poaching through new technology solutions. This will undoubtedly take time; however, it’s promising to see the progress that’s been made over the past 5 years – and exciting to look ahead to how this will develop even further in the future.

Finally, more companies should consider whether they can support purpose-driven projects like Connected Conservation and contribute to the United Nations’ Sustainable Development Goals. Aside from helping to create a better future, doing good is also good for business; companies want to work with companies that are changing the world and it’s satisfying for employees to work on projects that are truly transforming the environment. I’m extremely proud of what Connected Conservation has achieved so far and we will continue to support reserves in reducing poaching.

Dell's latest Chromebook is all about democratizing internet access

This notorious cybercriminal marketplace is closing its doors

How AI can create limitless boundaries for location intelligence

Yet another exchange is abandoning this massive cryptocurrency

Best Android tablets of 2021: which should you buy?