In 1982, the 3.0 engine was replaced by a cleaner 2.8 with fuel injection. Early versions of this unit had a four-speed gearbox. The 2.8i Special appeared with a five-speed ’box and a limited-slip diff in 1984. The 1.3 and 1.6 versions gave people a step up into Capri-land but it was the 2.0 that was the big seller. By 1984, the UK was the only country taking the Capri. In 1986, Ford had a final throw of the dice with the Capri 280 Brooklands, based on the 2.8i Special and finished in racing green. It was the last version off the production line.

Depending on the engine, you could have your Capri in L, GL, Ghia, Laser or S trims, but today such niceties have been elbowed aside by vehicle condition. Even mileage isn’t an issue because, at this distance, you’ll be wanting to lift the head and generally fettle anything that moves.

Depending on what you’re looking for, the parts situation is either okay or dire. At least, in the absence of good steel ones, someone’s making plastic bonnets now. Beware cars with poor interiors since trim is hard to source.

We joke about the name but the Capri is a lovable rogue. Just check for rust and filler, and don’t pay over the odds.

How to get one in your garage 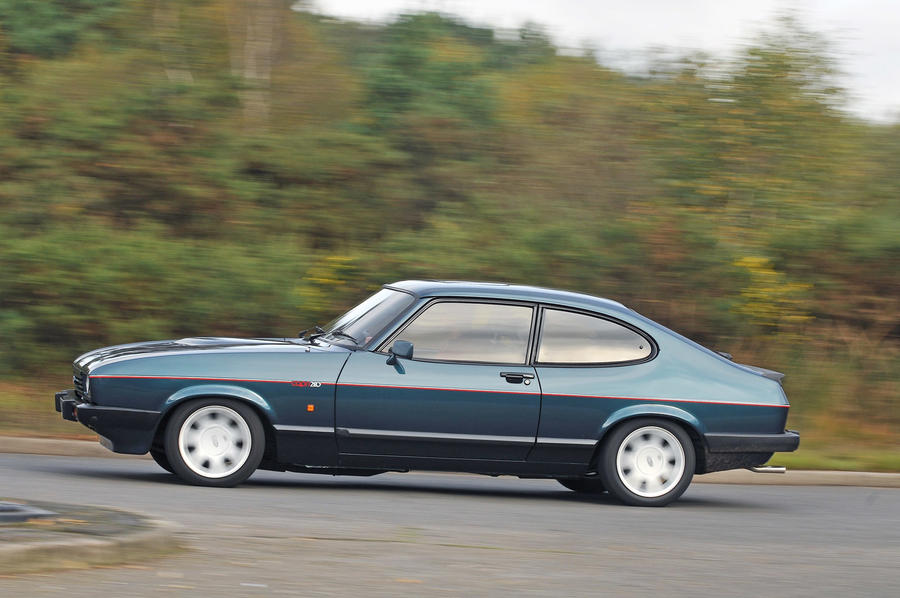 Martin Pawson, founder of Capri Gear: “I started my business in 1994 breaking Capris but today, with prices rising, I spend more time restoring and servicing them. There are a lot of awful, patched-up Capris out there but people just fall for the looks every time. There are fakes, too, such as 3.0-litre cars with 1.6 Laser body shells. The spares situation is getting critical, with many parts now scarce or unavailable. Corrosion is the big enemy. The mechanicals are easy to fix. My favourite is an early 2.8i fourspeed – not the Brooklands, because it was thrown together.”

READ  Out of the blue: how my stake in a green future is gaining ground - The Times

■ Bodywork: The body is a rust trap. Outer and inner wings, wheel arches, sills, door bottoms, chassis rails, suspension turrets, hinge mounts and even the fuel tank can all rot out spectacularly.

■ Engine: We could go on about the way V6s blow their gaskets and can even warp, how 2.0-litre Pinto engines suffer a worn camshaft, big-ends knock, the exhaust smokes, Ford carbs on base models can be troublesome from cold, the 2.8i K-Jetronic system fills with rust if unused… but, really, just expect the worst and check everything. This includes the condition of HT leads, watching out for mayonnaise sludge around the oil filler, for overheating issues caused by a clogged radiator and for leaks from the same.