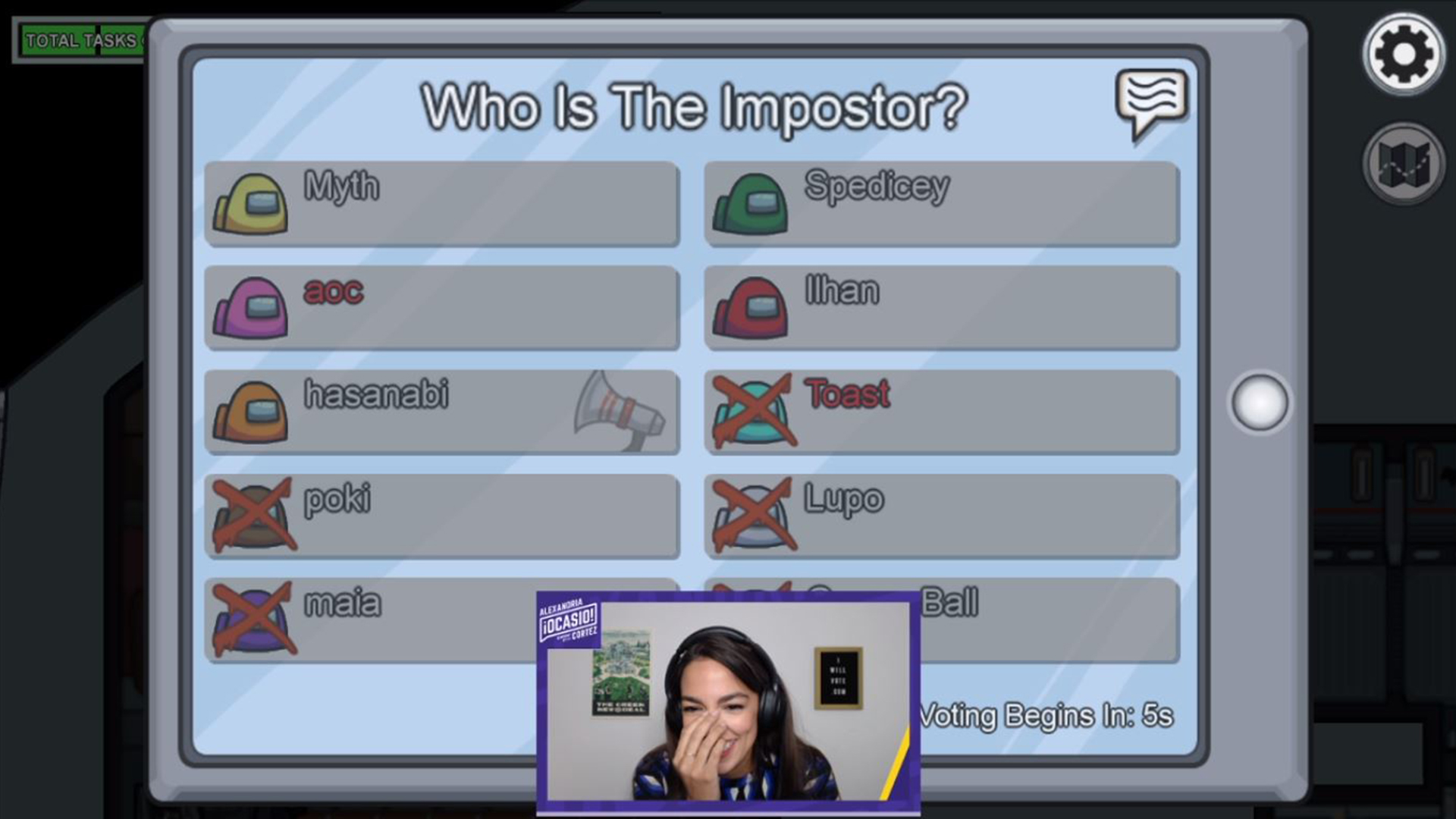 US Representative Alexandria Ocasio-Cortez has taken to online streaming platform Twitch and game Among Us to promote voting in the upcoming presidential election. Cortez is a New York Democrat who, like other politicians have started gaming to reach out to voters.

Among Us is one of the most popular games right now and sees millions of players playing it around the world. It has become especially popular in the past month or so and has seen hordes of memes being inspired from it.

AOC plays Among Us with popular streamers

Alexandria Ocasio-Cortez or AOC, in short, announced on Twitter that she will be playing Among Us alongside other popular streamers and live stream it on Twitch. The others she played with include Pokimane and Jacksepticeye. She was also joined by fellow Squad member Representative Ilhan Omar.

Her stream hit a peak of 435,000 viewers during her first match. She had a steady 200,000 viewers all the while she was streaming. Ninja holds the record for the highest views for his Fortnite stream with Drake.

Join me, @pokimanelol, @hasanthehun, & more on Twitch TONIGHT as we help folks make a voting plan at https://t.co/TskRLfhCt3 and officially declare orange sus on Among Us ?Tune in 9pm tonight at https://t.co/nZap5fuerN https://t.co/HeKMeDDjXfOctober 20, 2020

Among Us and what it is

Among Us is an online multiplayer social deduction game which has been developed and published by InnerSloth. The game was released back in June of 2018. Among Us is available on Steam for PC, Android as well as iOS. While it costs Rs 199 on Steam it is free to play on both Android and iOS.

READ  Who is your favorite videogame detective? - PC Gamer

There are three different maps that can be played at the moment called The Skeld, Mira HQ, and Polus. The Skeld is a spacecraft that is travelling in space when the game takes place. Mira HQ is a floating station up in the sky while Polus is on the ground on a volcanic planet.

There are different tasks for each map, but some of them are similar. It may be simpler for an imposter who just has to kill or sabotage different parts of the map using the mini-map.

Now, once a dead body is found, both the crew and the imposter can report it. In fact, there is an emergency button that can be used by both. When a dead body is reported or an emergency meeting called members to discuss the situation and then voting begins. Players can either vote for a person they think is the imposter or skip voting. Whoever gets the most votes is kicked out of the map.

Here's how FAU-G is different from PUBG

You can play Cyberpunk 2077 on December 9th instead of 10th, depending where you live

God of War’s Kratos is now available in Fortnite

As key leadership leaves, BioWare pushes ahead on Dragon Age 4 and Mass Effect