New updates are being added at the bottom of this story…….

Apple’s latest and greatest version of its mobile operating system known as iOS 14 was announced on June 2020, and subsequently released on September 16.

iOS 14 is arguably one of the biggest updates offered by Cupertino perhaps since iOS 11 for its iPhone series.

The operating system comes with a plethora of new features like widget support, App Library, Compact UI, search improvements and much more. 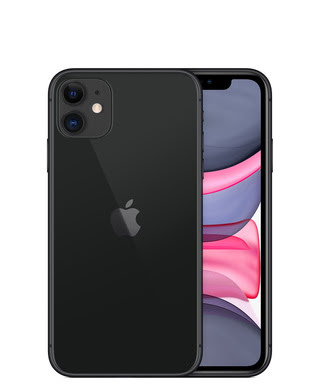 Moreover, Apple has yet again proven its reliability and continued software support by releasing the update for all the devices that previously got the iOS 13 update – all the way back to the iPhone 6s series.

And yeah, the iPhone 12 series comes with iOS 14 out of the box, of course. 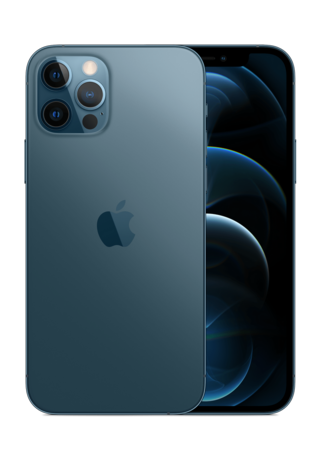 One unsurprising thing though, about not just iOS, but software in general, is the presence of unwanted guests. After every major update, the number of reports pertaining to all sorts of bugs see a huge spike.

The iOS 14 update is no different, and although Apple does offer a pretty systematic beta program to filter out potential bugs and issues, a few always end up reaching the stable releases.

These bugs/issues/problems usually get acknowledged almost immediately by Apple, while others stay on for a while.

With that being said, we keep track of such developments and provide crucial information about their status as soon as there are any updates, in this article.

IST 10:35 am: Many users on iOS 14 are reporting that they aren’t able to stack large widgets easily since the widget keeps jumping to a different page or creates a new one. Apple is yet to acknowledge the problem. Full story and workarounds here.

IST 10:39 am: Apparently, iPhone 12 series users are taking to Apple community forums and Reddit to share their concerns about the devices overheating. The problem seems to be most apparent on the iPhone 12 Pro, however, other devices in the series are also affected. Head here for more details.

IST 04:25 pm: Apple has released iOS 14.2.1 for the iPhone 12 series which apparently brings a few fixes for the company’s new smartphones.

According to the changelog, it fixes the bug which resulted in the Lockscreen becoming unresponsive. Further, it addresses the MMS messages issue. We’ve added a screenshot of the updatelog below: 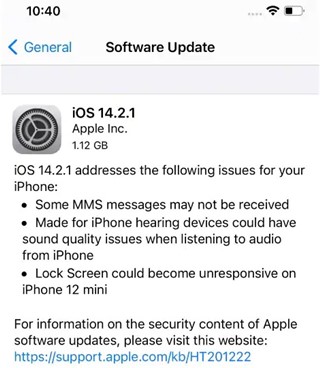 IST 01:15 pm: More reports from users are coming in suggesting that the missing push notifications issue has not been addressed with the iOS 14.2.1 update. Therefore, users will have to continue waiting for Apple to release another update to address the problem. More on this here.

IST 11:10 am: Many iPhone 7 users are reporting that the microphone has stopped working in most cases after installing the iOS 14 update. The issue has also been reported on other iPhones too. Head here to know more.

IST 11:15 am: Several iPhone 11 series users are also claiming that the speakerphone keeps cutting out during phone calls even after the iOS 14 update. The issue was first reported by users on iOS 13. Full coverage here.

IST 11:25 am: iOS 14 users have noticed that there is no option to turn off the headphone safety setting on their devices after the iOS 14.2 update. Further, this may not be a bug and, instead, is working as Apple intended it to. More details here.

IST 02:40 pm: Some users on iOS 14 are claiming that certain videos simply do not play and an error message pops up saying “Unable to load video”. There are a few user-suggested workarounds that you can try out in case you are experiencing the issue.

I did find a workaround… I was able to import into iMovie and play the files. This fits my needs for now but Apple…?? What is going on. This needs a fix. (Source)

Simply toggle favourite video on and off and immediately video is able to load. (Source)

Duplicate the video in Photos app fixes it for me. (Source)

IST 01:35 pm: Many iPhone users with the latest iOS 14.2 update installed on their devices are reporting that they aren’t able to use the Google Authenticator application. However, it seems the problem is fixed after re-installing the app. More details here.

IST 10:40 am: Several iPhone 12 Pro users have been reporting that they are facing issues while trying to charge the device wirelessly. Moreover, the latest iOS 14.2.1 update claimed to have fixed the problem, however, that does not seem to be the case. Full story here.

READ  Where to pre-order the Samsung Galaxy Watch 3

IST 07:30 pm: Apparently, many iOS 14 users are facing issues while trying to view the lyrics of a song on Apple Music. It’s possible that the iOS 14.3 update might fix the issue, until then, here’s what you can do.

IST 07:35 pm: Some users with devices on iOS 14 are seeing a “Decryption failed (null)” error when accessing password-protected Word & Excel documents. Head here to know more about the problem.

IST 04:55 pm: iOS 14 users are reporting that they are randomly getting a pop up asking for their email and password multiple times. The issue seems to be affecting those with Microsoft Outlook accounts the most. Full coverage here.

IST 10:20 am: iPhone 12 users are reporting that they are facing keyboard and lock sound issues even after installing the iOS 14.3 beta update on their devices. Head here to know more about the problems.

IST 05:30 pm: Users who have installed the iOS 14.2 update are reporting that sender names are now displayed in reverse within the Apple Mail application. Fortunately, there’s a temporary fix that you can try out. Head here for the full story.

IST 05:44 pm: After installing the iPadOS 14 update on their iPads, users are reporting that the mouse pointer size has become too large. At present, the problem can be fixed via a quick workaround that you can check out here.

IST 06:05 pm: Some iPhone and even iPad users are claiming that they are experiencing typing lag/delay issues in the Notes and Messages apps even after the latest iOS 14 and iPadOS 14 updates. Head here to know more.

IST 05:50 pm: Many iPhone users are just noticing that the iOS 14 update has removed the shooting start animation from iMessage. Head here for the full story.

IST 03:20 pm: After installing the iOS 14 and watchOS 7 updates, some Apple Watch users are complaining that their Watch doesn’t ring after using the wireless CarPlay function through their iPhone. For the workarounds and a detailed description of the problem, head here.

IST 07:05 pm: Several users with iPhones and Macs are claiming that their Safari tabs are not syncing properly via iCloud after they installed the macOS Big Sur and iOS 14 updates on their devices. Check out more details on the problem here.

IST 07:00 pm: Apparently, some Apple Watch users are still claiming that the Apple Watch application crashes on their iPhones even after installing the iOS 14.2 or iOS 14.3 (beta) updates which supposedly brought a fix for the problem. Full coverage here.

IST 06:00 pm: Some users who installed the iOS 14.2 update are claiming that no members appear in the contact groups feature in the default Apple Mail app. Head here for the full story.

NOTE: The table below is being updated continuously with the latest iOS 14 bugs, issues, and updates.

PiunikaWeb started as purely an investigative tech journalism website with main focus on ‘breaking’ or ‘exclusive’ news. In no time, our stories got picked up by the likes of Forbes, Foxnews, Gizmodo, TechCrunch, Engadget, The Verge, Macrumors, and many others. Want to know more about us? Head here.

Want to work for PiunikaWeb? You’ll be glad to know we’re hiring.

The Ring Video Doorbell Wired will cost less than £50

One billion active iPhones in the world, Apple claims

#RSAC365: How to Achieve Next Level Enterprise Security Automation – Infosecurity...