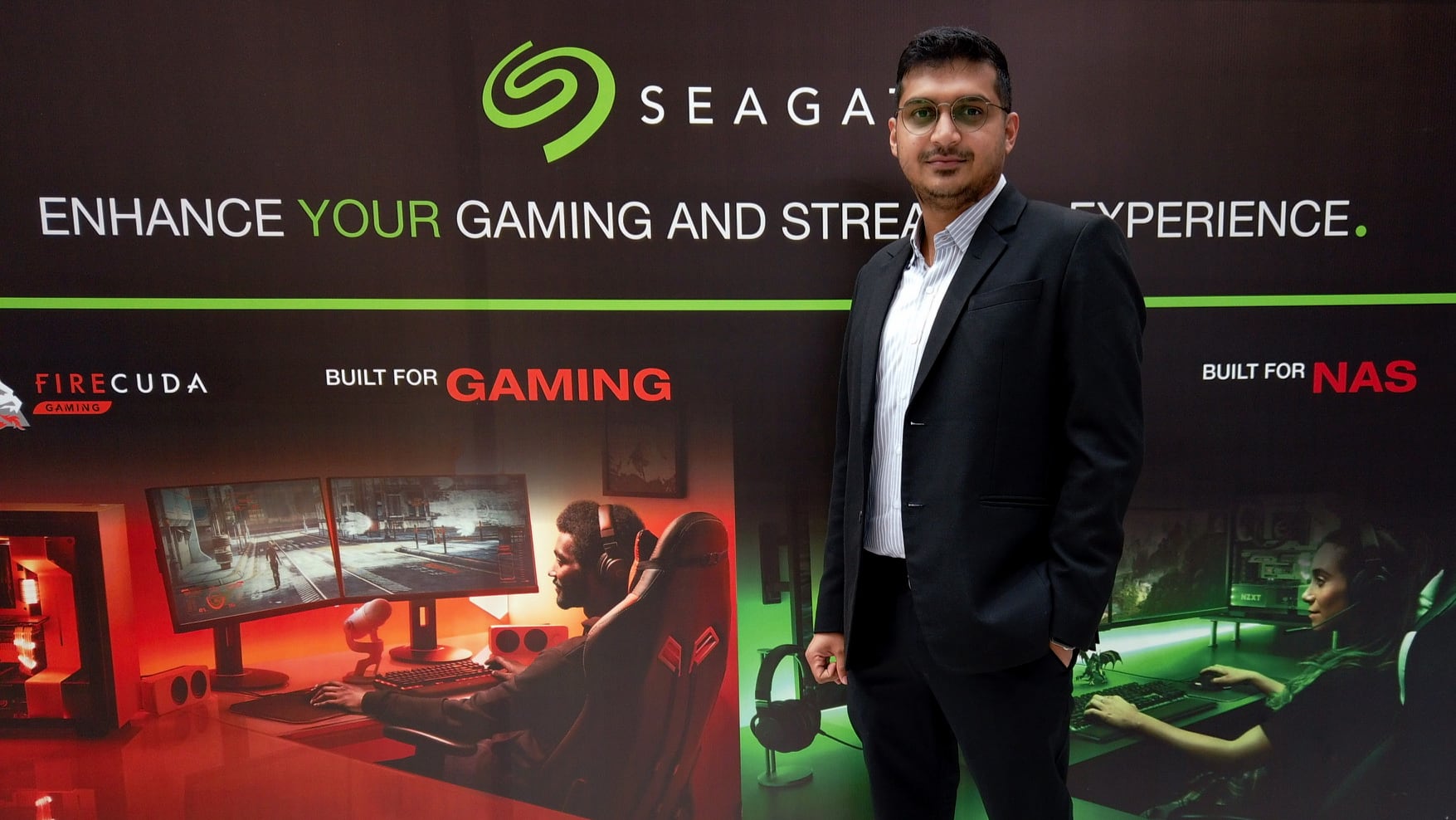 As difficult of a time has it been for many over the past few months, things could have been a lot worse were we not at a level of technology and computing that we are currently at. Being able to work from home wouldn’t have been half as efficient were it not for cloud computing and storage.

Seagate is one of the largest storage providers in the world powering everything from drives in your laptops and computers to servers resigning in data centers across the globe.

We spoke to Najeem Thajudeen, the Product Manage at ASBIS looking after Seagate Technologies on the impact that we saw on storage in the region.

Working from home and spending more time at home spiked the requirement of storage across categories. There was an uptake in external drives for more storage requirements related to school and work data, desktop & SSDs for upgrades as well as gaming drives for storage and performance.

Did SSD usage accelerate with COVID? How is that expected to play out over 2021 and beyond?

The demand for SSDs will rise over traditional, mechanical hard drives- we have been seeing this since the last three quarters. The pandemic has accelerated this change among home users.

As online streaming and activities have increased the requirement for speed and reaction time have also increased. Read and write performance is going to be heavily looked upon for decision making in the future.

We have New SSD products launched recently, and one of them is the New FireCuda 520 PCIe Gen4 SSD, our newest M.2 NVMe SSD built for pro-level gaming that’s nearly 45% faster than previous generations.

This solid-state gaming drive is out-of-the-box compatible with the new X570 chipset and easily plugs directly into any PCIe Gen4 motherboard for a performance boost to your PC build. It comes with a 5-year limited warranty, 1.8M hours MTBF, and up to 3,600 TB TBW (Total Bytes Written).

“The future is SSD” applies to all categories from gaming to heavy compute.

Microsoft and Sony are expected to release their next-gen consoles this holiday. How does Seagate see this?

The gamers market is growing, and we’ve been waiting for an upgrade for a while. The current generation of consoles have been in the market for some time now, and in that time the growth in gaming has been tremendous.

We already see a demand for games and storage related to these in the current market. The next generation of consoles are going to take the gaming market to the next level, and storage is going to be a part of this journey.

We also have customized External drives for Sony PlayStation with titles such as Last Of Us II and for Microsoft X-box with Cyberpunk HDD. These are very much in demand and are products that are attractive to gamers and their collections.

USB4 specifications have been finalized- what can we expect?

We are expecting to see USB 4 appear on computers as early as Q1 2021 Q1. The primary goal of USB 4 will be to deliver data, display and power delivery together to make the user experience even more prosperous.

We have already seen Thunderbolt offer power, data and display coming together and have the FireCuda Gaming Dock with expandable NVMe. This helps archive projects, store older games and media files, plus enjoy plenty of space for tomorrow’s hot titles.

We are also thrilled to see LaCie, a part of Seagate, push boundaries of speed, video bandwidth and compatibility with its latest Thunderbolt storage solutions. Users can ingest hours of RAW footage from a Blackmagic cinema camera into Adobe Premiere Pro in a fraction of the time. They can then edit multiple streams of ProRes 422 (HQ), ProRes 4444 XQ, as well as uncompressed HD 10-bit and 12-bit video. LaCie is committed to helping video professionals master ever-increasing data demands

Bringing these Thunderbolt innovations to consumers is going to be very exciting for USB and looking forward to how this is going to unfold.

Are there any new storage technologies that we can expect in the near future?

HAMR is a technology designed to enable the next significant increase in the amount of data that can be stored on a hard drive. It uses a new kind of magnetic technology on each disk that allows data bits, or grains, to become smaller and more densely packed than ever while remaining magnetically stable.

A small laser diode attached to each recording head heats a tiny spot on the disk, which enables the recording head to flip the magnetic polarity of each very stable bit, allowing the data to be written. HAMR is the future of high-capacity hard drives.

We’d like to thank Najeem Thajudeen for his time and valuable insights into storage technologies.

The next big Windows 10 update is finally here, but it already has issues

AMD vs Nvidia 2020: which makes the best graphics cards?

AMD Big Navi release date, price and specs: everything we know about RDNA 2

The Windows 10 October 2020 Update is out now. Here’s what to expect

Women do better, minorities worse, when it comes to the tech...