Space technology and the rapidly growing 5G network could provide a helping hand to the logistics sector – but the UK Space Agency and ESA need your ideas.

After the coronavirus pandemic put most the UK in lockdown, with many having to remain indoors, the ‘vitally important’ logistics sector was put in the spotlight.

Now, the UK Space Agency, ESA and other government bodies want innovative firms to propose ways to use the latest technologies to make the industry more efficient.

The aim is to find a way to better link delivery trucks, drivers and suppliers using space and 5G technology to keep everything connected in a safe, efficient way. 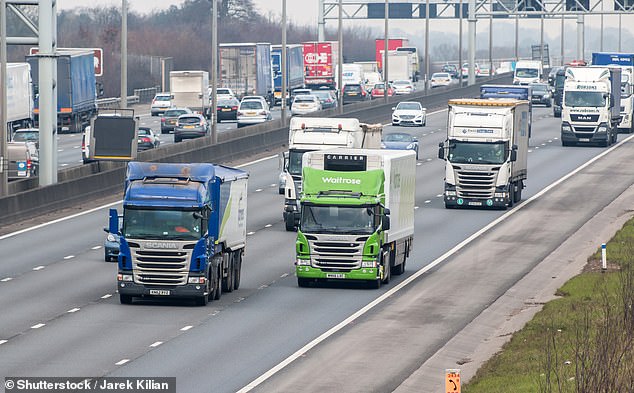 Government bodies including the UK Space Agency, European Space Agency and the Department for Digital, Culture, Media and Sport are working together on the plans that could see new satellites launched to support the logistics industry

The UK Space Agency, ESA and others want businesses to present suggestions that could help to close the digital divide for firms operating in the logistics sector.

‘A digital presence and the need to be connected is intrinsic to modern life and in recent times, new digital networks have increasingly been replacing old physical infrastructure as ever more services migrate online,’ the UK Space Agency said.

‘The rollout of 5G networks will play a vital role in supporting faster connectivity across the country and innovative new systems, such as the Internet of Things.’

The various agencies are hoping to hear a range of proposals from as simple as new techniques for tracking through to the launching of new satellites.

It is an interesting time for the UK space industry that has seen HMRC take a 45 per cent stake in failed satellite broadband startup OneWeb. Satellite broadband technology could play a part in enhancing the UK logistics industry

Its hoped ideas will be found that could make use of the Internet of Things from space – including controlling sensors, monitors or even vehicles.

The goal is to make sure the requirements of fleets of delivery drivers and trucks are met by modern technological infrastructure.

‘How do we better integrate space both physically and logically in to the end to end communications chain,’ a spokesperson explained.

If a satellite is going to be launched to achieve this goal then space, size, weight, power and performance are also vital to keep it affordable.

Proposals will consider what applications can be developed to make use of all that in a safe, secure manner to meet the needs of the logistics sector as an increasingly critical service, according to a spokesperson.

‘We’ve seen through the current pandemic, that logistics are vital to keeping the country going and space technology is a key part of making that happen.’ 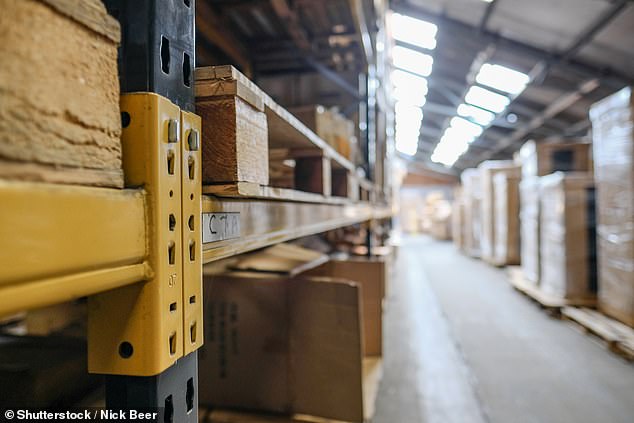 Proposals will consider what applications can be developed to make use of all that in a safe, secure manner to meet the needs of the logistics sector as an increasingly critical service, according to a spokesperson

‘In the context of the ESA 5G Strategic Programme Line, this Call for Proposals is intended to stimulate the emergence of sustainable applications relying on innovative 5G solutions, starting from the logistics sector,’ Vaissiere said.

THE INTERNET OF THINGS HAS ‘NO WIDELY ACCEPTED DEFINITION’

Although the term ‘Internet of Things’ (IoT) first appeared in 2005, there is still no widely accepted definition.

IoT includes gadgets bought by consumers, as well as products and services designed for businesses to help machines ‘communicate’ with each other.

For example, the term IoT can include the Radio Frequency Identification (RFID) tags businesses place on products in stores to track their inventory, or sensors that monitor electricity use in hotels.

Converged 5G involves the use of satellite and Earth-based broadband services working together to provide more reliable services to more places.

There are a number of challenges when it comes to integrating satellite, 5G and even fixed fibre technology in a way that works for the logistics sector.

For example, ensuring confidentiality, integrity and the availability of a signal even in the most remote parts of the country are all problems that need solving.

This is a critical time for the UK space sector with permission granted for the first spaceport in Scotland and a memorandum of understanding signed with the US government to allow American rocket firms to launch from the UK.

HMRC is also entering a partnership with Indian firm Bharti Global to take a 45 per cent stake in failed satellite broadband startup OneWeb.

The UK already hosts the European Centre for Space Applications and Telecommunications in Harwell, Oxfordshire and this will be an extension of that.

ESA announced at the end of June that it is to open a new ‘space tech incubation unit’ in Leicester to help start-ups access the expertise they need in space tech.

READ  'The costs are too high': the scientist who wants lockdown lifted faster

This is one of a number of business incubation centres across the UK supporting entrepreneurs and innovators who want to join our growing space sector.

EXPLAINED: THE EVOLUTION OF MOBILE BROADBAND UP TO 5G

The evolution of the G system started in 1980 with the invention of the mobile phone which allowed for analogue data to be transmitted via phone calls.

Digital came into play in 1991 with 2G and SMS and MMS capabilities were launched.

Since then, the capabilities and carrying capacity for the mobile network has increased massively.

More data can be transferred from one point to another via the mobile network quicker than ever.

5G is expected to be 100 times faster than the currently used 4G.

Whilst the jump from 3G to 4G was most beneficial for mobile browsing and working, the step to 5G will be so fast they become almost real-time.

That means mobile operations will be just as fast as office-based internet connections.

Potential uses for 5g include:

5G is expected to be so quick and efficient it is possible it could start the end of wired connections.

By the end of 2020, industry estimates claim 50 billion devices will be connected to 5G.

The evolution of from 1G to 5G. The predicted speed of 5G is more than 1Gbps – 1,000 times greater than the existing speed of 4G and could be implemented in laptops of the future

What kind of face mask is best against coronavirus?

A Drift to Nuclear War or the $700 Quintillion Alternative? – International Policy Digest