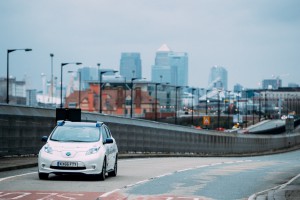 There’s a movement afoot in the UK to accelerate the time frame for the country to eliminate the sale of new gas- and diesel-powered vehicles to 2030 from 2040.

There’s a mounting push, in a number of markets, to reduce sales of vehicles running on gas or diesel, including outright bans in several countries, including the UK, which expects to eliminate sales of internal combustion-powered models entirely by 2040. Now, however, regulators are under pressure to speed things up, possibly to as early as 2030.

A new study, jointly prepared by Greenpeace and the Green Alliance, contends that would be necessary in order to meet Britain’s commitment to address climate change. And the proposal, which would eliminate as much as 90 million tons of carbon dioxide emissions just between 2028 and 2032, is winning support from both sides of the political aisle, with Prime Minister Boris Johnson expected to lend his support, according to British media.

“This is yet more compelling evidence that 2030 is the best option for a blanket ban on new polluting vehicles,” Doug Parr, Greenpeace UK’s chief scientist, said.

(UK latest to lay out ban on gas, diesel vehicles.) 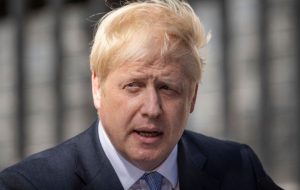 British Prime Minister Boris Johnson is suggesting that he will support the move to a 2030 ban of gas- and diesel-powered cars.

The UK is one of a growing number of countries that have either set in place outright bans, including India and Norway, with others considering similar moves, including Germany. Yet other nations, notably China, appear to be moving steadily towards electric-only automotive markets but have yet to lay out firm plans.

British regulators announced a ban on the internal combustion engine just three years ago, setting a target date of 2040. Meanwhile, they left open the possibility that the ban would allow some hybrids, most likely plug-ins, to continue being sold.

That has now been ruled out and has been mounting pressure to move up the target date to no later than 2035, according to various reports from British media, such as the Guardian.

Even before the release of the new Greenpeace/Green Alliance report, however, there seemed to be momentum to move even more quickly. The question was just how fast. The independent Committee on Climate Change, for one, had been proposing 2032 as its preference. 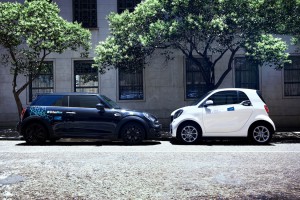 It has now joined Greenpeace and Green Alliance in opting for 2030.

Such a move could be critical if the country were to stay on track with its carbon dioxide reduction targets. It has done a good job, so far, but could face problems during the next two decades, according to a variety of reports.

A ban on gas and diesel engines would have a massive impact, according to the study. The reduction in carbon dioxide output between 2028-2032, it reported, would be equivalent to about a quarter of Britain’s entire carbon dioxide production last year.

There appears to be strong support from Britain’s Labour Party and, significantly, the newspaper the Guardian reports that Prime Minister Boris Johnson could announce his support before the end of the year – with Johnson confirming only that he will lay out his position on the timing of an ICE ban. 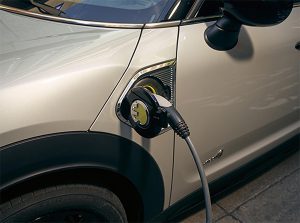 The current ban for the sale of ICE-powered new vehicles in the UK is set for 2040.

His Transport Secretary Grant Shapps, an EV owner himself, supports moving up the target date to 2030, according to the London-based Times. But it is unclear if Johnson and Shapps have a clear mandate from their own Conservative party.

Campaign Group FairFuel UK claims there are “dozens” of backers, though Craig Mackinlay, who represents the South Thanet constituency for the Conservatives, said: “You can be absolutely, doubly sure, that this MP is not & will not be among them (in supporting a 2030 ban).”

(Oil-rich Norway is the land of the battery-electric vehicle.)

British drivers appear to be embracing the move to electrified vehicles. Industry officials report that between April and June of this year, UK motorists registered 33,000 all-electric and hybrid vehicles, while demand for once-popular diesels dipped to 29,000.

Thanks for subscribing! Please check your email for further instructions.

Travel Tuesday: How To Ride Public Transportation During The COVID Pandemic – CBS Miami