Uber has partnered with American start-up Motional to launch a public robotaxi service in the US city of Las Vegas.

The service uses a fleet of Hyundai Ioniq 5 electric SUVs modified by the Korean car maker and Motional to be safe, reliable and cost-effective for the US market.

That means the cars can drive themselves without driver intervention or attention, albeit under limited conditions, and within an approved (geofenced) area.

The Ioniq 5s are otherwise unchanged, offering a range between 238 and 315 miles and 220kW rapid charging, allowing the batteries to replenish from 10% to 80% charge in 18 minutes.

They will be mixed in with regular taxis through Uber’s UberX and Uber Comfort Electri options, although a clear disclaimer will be shown to users assigned a robotaxi.

Those who accept a robotaxi will have control of the doors through a prompt in the Uber app, which shows once the taxi arrives at the designated pick-up point. 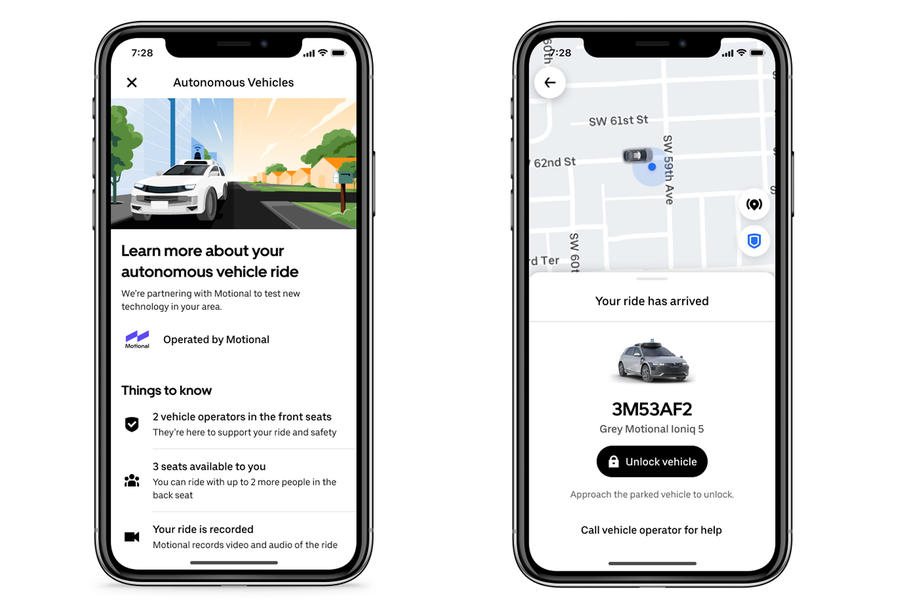 Motional said that should a robotaxi run into problematic conditions (roadworks or flooding, for example), an operator can remotely control it to guide it to safety.

The Las Vegas robotaxi service is the first to come of Uber’s 10-year partnership with Motional, announced in October.

“Motional now has unparalleled access to millions of riders and a roadmap to scale significantly over the next 10 years,” said CEO Karl Iagnemma.

Uber autonomous mobility and delivery boss Noah Zych said: “We’re thrilled to take this next step together in Las Vegas and look forward to continuing to integrate autonomous technologies into the Uber network to grow our business by providing customers with additional reliable, affordable and effortless transportation and delivery options.”