Speaking at the London Infrastructure Summit, Jamie Heywood, regional general manager for Northern and Eastern Europe at the ride-hailing company said the funding would help rollout chargers in the areas of the capital where the majority of its drivers live.

This includes areas such as Newham, Brent and Tower Hamlets, where there are fewer chargers than in more affluent areas such as boroughs like Westminster and Kensington.

“Drivers consistently tell us that having reliable, accessible charging near where they live is a key factor when deciding if they should switch to electric,” said Heywood.

“If we address this challenge for professional drivers now, it will help create a mass market for electric vehicles in the years to come. As we all know this is critical if the UK is to achieve our goal to be net zero.”

The charging infrastructure will be rolled out by 2023, helping to support Uber’s 45,000 drivers as the firm pushes a transition to EVs. Uber is planning for all its cars in the UK to be electric by 2030, and has a goal of reaching total electrification in London by 2050. 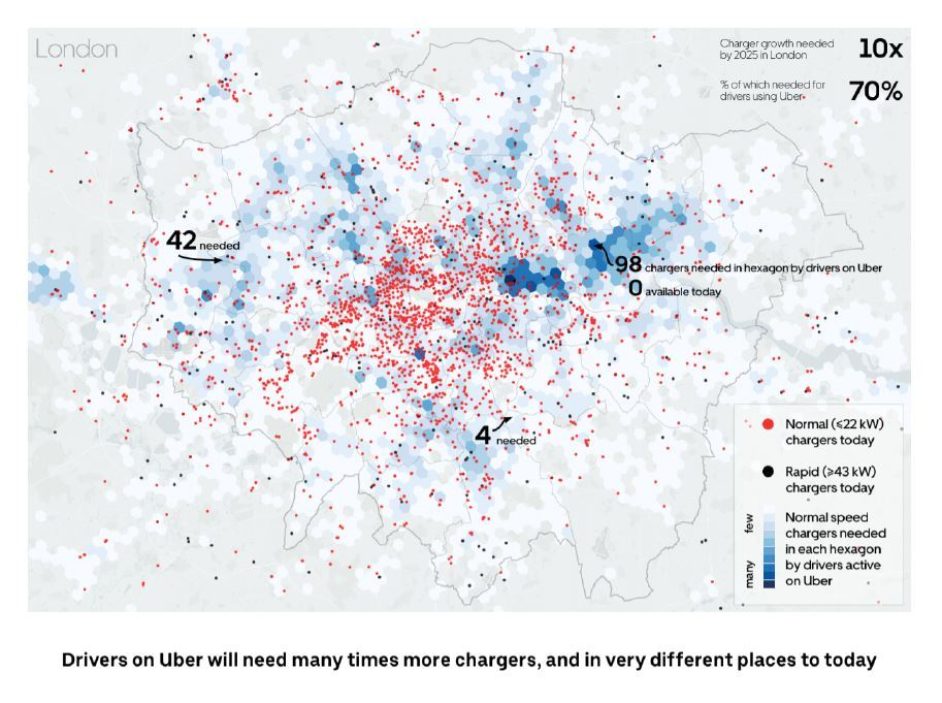 In 2019, the company launched its Clean Air Plan in London to help deliver this transition. According to Uber, more than 1.5 million trips were taken in EVs in the capital in 2019, amounting to 7.5 million miles. Additionally, over £100 million has been raised to support drivers in switching to EVs.

Earlier this year, Uber partnered with BP Chargemaster, with the taxi drivers able to benefit from discounts on the charging network.

“We want to work with councils and other industry partners to assess how best to allocate this funding as we work towards the electrification of all 45,000 cars on our app in London by 2025,” finished Heywood.

In September, Uber committed to transitioning to zero-emissions mobility in major cities by 2030, and globally by 2040. In order to hit this target, it has committed $800 million (£611 million) to help drivers transition to EVs and invested in a multimodal network to provide sustainable alternatives to personal cars.

Android Will Take Over the Car World, Beating Both QNX and Linux – autoevolution

How to charge an electric car

Indian State govts ban online games – So what happens to...