TweetDeck (for Mac) is dead. Here are some alternatives 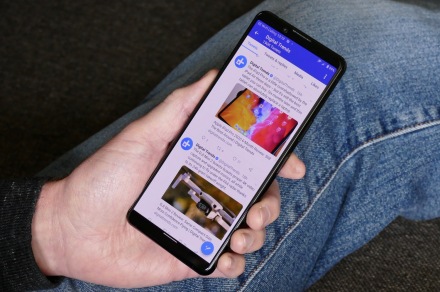 It’s official: TweetDeck for Mac is dead. It’s no longer available “beginning today.” And hopefully you’re not caught off-guard by that news since its shutdown was first announced on June 1.

But if you weren’t aware and now you’re scrambling for another social media management app to take its place, don’t worry. We’ve got you covered. Take a look at our picks for TweetDeck for Mac alternatives. You’re sure to find the right app to manage your tweets among the options featured below.

Beginning today, the TweetDeck for Mac app will no longer be available.

We appreciate all the feedback you’ve given us while we work on a new and improved TweetDeck. You can continue to use #TweetDeckFeedback to share your thoughts and suggestions with us. 💙

If you’re not quite ready to let go of TweetDeck outright yet, you don’t have to. Though TweetDeck for Mac has shut down, you can still access TweetDeck as a web app. It’s free to use and you can access it at tweetdeck.twitter.com. It has a simple, easy-to-understand interface. You can manage your own tweets and easily keep track of what’s going on in the world using its various customizable columns. You can also schedule tweets to publish at certain times.

If you’re not a fan of the TweetDeck web app and would strongly prefer a standalone desktop client to manage your tweets and other bird app activities, then Tweeten is likely your best option. It’s free to download and use and it’s available for both Windows and MacOS as desktop apps and as a browser extension for Google Chrome. Tweeten’s interface is also very similar to that of TweetDeck: You’ll still get all those columns you loved.

You can also expect to see other features like the ability to download videos, extensive filtering/muting options, a GIF search tool, and the ability to schedule tweets.

In general, Hootsuite lets you create posts, schedule posts, and do other things like view analytics and manage messages from followers/customers.

There doesn’t seem to be a standalone desktop app for Hootsuite, but there are Android and iOS apps for it.

Buffer is similar to Hootsuite in that it also offers a social media management dashboard service via a free plan or paid subscriptions. With its free plan, you can: manage up to three social media accounts and schedule up to 10 posts per social media account at once. There are some limitations though, especially with respect to which platform/accounts Buffer will support. While Buffer will support Twitter profiles, it does require that accounts for other platforms like Instagram or TikTok are “business profiles.”

Overall, you can use Buffer to plan and schedule your posts, view analytics (with a paid subscription), and manage your interactions with followers.

If what you liked most about TweetDeck for Mac was less about managing your social media profiles and more about having an easy-to-use desktop Twitter client with a customizable interface for browsing Twitter, then Tweetbot might be a better fit for you. It comes with a laundry list of features, including drag-and-drop columns, timeline filters, customizable mute filters, a fullscreen mode, and iCloud syncing between Tweetbot for Mac and Tweetbot for iOS. It’s mostly for browsing Twitter and composing tweets, and there are Twitter features it can’t support like polls or bookmarks (because they say Twitter doesn’t offer access to these features to third-party developers).

But overall, Tweetbot is a feature-rich Twitter desktop client. It’s also not free: It costs $10.