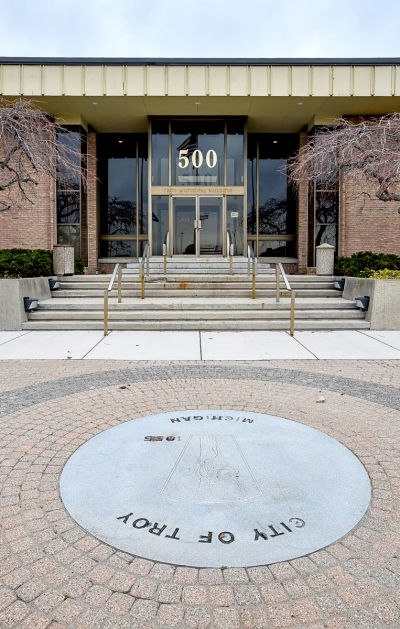 TROY — Many cities across the U.S. saw a sharp increase in absentee voting during the election Nov. 3, and a decrease in in-person voting — a trend that held true in Troy.

According to Troy City Clerk Aileen Dickson, the city’s total turnout was 49,724 voters, or 77% of the electorate. Compared to the general election in 2016, this was an overall increase of about 3%.

As for the presidential race, Joe Biden was the winner in the city of Troy, with 27,061 votes, while Donald Trump received 21,725.

Dickson explained in an email that there are many redundancies built into the election process to ensure security and accuracy.

At multiple points leading up to Election Day, the team goes through them all, name by name, verifying returned ballots against the list of received ballots in the Qualified Voter File. Hand counts are done to make sure they match.

One final verification of all the absentee ballots is done the weekend before the election in order to prepare them for transport to the counting board. There, the workers verify the count against the report, and they verify the ballot number of the actual ballot against the number on the envelope.

The City Clerk’s Office prints a final report from the Qualified Voter File, and the number of ballots processed by the counting board must match that report.

Meanwhile, at the polls, the workers must regularly verify that the ballot counts on the tabulator matches the electronic poll book — a program on a laptop. At night’s end, the counts must match.

“In all those checks and balances and verifications, there is a 0% margin of error. Even having a count off by one ballot stops the entire verification process, and the ballot must be accounted for,” Dickson said in an email. “There’s no such thing as an acceptable margin of error in elections.”

Elections are a complex process, the city clerk said, but it all comes together because of the hard work and dedication of the many people involved.

“Every municipal clerk knows that administering an election is only successful because of the many people who work both leading up to Election Day and on the actual day of the election,” Dickson said. “I am so fortunate and thankful to have an amazing team of people in the City Clerk’s Office who truly put out 100% and more into our efforts for really the entire year.”

She noted that 2020 had three major elections in Troy, two of which were during the pandemic, “so there were no breaks for us.”

Her staff worked tirelessly, stretching into evenings and weekends, for months at a time. A temporary team of election aides bolstered their efforts, helping to make sure the absentee ballots were verified and ready for processing by the counting board. A team from the city’s Department of Public Works, who are also sworn election aides, helped deliver equipment and supplies to precincts, troubleshoot the precincts on Election Day, and set up for the receiving board. The Troy police provided patrols and assistance on Election Day, while the city’s Information Technology Department assisted with precinct laptops and other tech equipment.

“They did it all with positive attitudes, and while providing excellent service to our voters,” Dickson said. “And there are many other departments I could name, and they’re all part of the overall effort in Troy to make sure our elections are safe, secure, accurate and successful for every voter.”

Her team also embraced new ways to help voters participate, including drive-thru services such as a ballot pickup that took place the last weekend of September.

“I’m so proud and grateful for everyone who worked up to and on Election Day,” Dickson said. “I’m proud of our work, and I’m grateful to the voters who turned out in record-breaking numbers.”

In a series of emails, other city officials shared their praise.

“Clerk Dickson is quite possibly the finest of Michigan’s 1,603 county and local election officials,” said Troy City Councilwoman Rebecca Chamberlain-Creanga. “She, along with her entire staff, administered a smooth, flawless election with a record-setting 77% voter turnout rate, amid a global pandemic.

“Her initiatives — like extended office hours, drive-thru AV ballot pick-up, and opening the Clerk’s Office in City Hall — all contributed to this high voter participation,” she continued. “I sincerely thank Clerk Dickson and her staff, along with the Troy Police Department, Department of Public Works and other city staff and scores of poll workers, who put themselves on the front lines of COVID-19 to ensure that we had a free and fair election in Troy. I am forever grateful.”

Added the city manager, Mark Miller: “Aileen Dickson and her elections team planned and executed the 2020 election with great care in the COVID-19 epidemic. This elections team processed more votes and more absentee ballots than any other election. These election workers deserve to be praised for their dedicated work and contributions to our democracy.”

“City Clerk Aileen Dickson has done an amazing job with two elections this year! We are fortunate to have her dedication, her creativity, and her absolute strict compliance with all election laws and requirements,” said Ethan Baker, the mayor of Troy.

“The voters turned out in record numbers this year and we had no issues with ballots in Troy,” the mayor added. “Our residents’ ballots were safe, they were secure, and they were all verified, tabulated and reported to Oakland County by midnight on Election Day. With City Clerk Dickson’s leadership, our city shined as an example of how to do elections right.

“We were also very fortunate to have an abundance of volunteers to work at the polls and in the absentee ballot counting board this year,” Baker said. “My gratitude goes to each and every one of them as well.”

Attacks move up the supply chain: 7 ways to secure your open source – TechBeacon