Those are the immortal words uttered by Colin McRae, who on this day 25 years ago made history by becoming Britain’s first — and the sport’s youngest ever — world rally champion.

I’m proud to say I was there, cheering him through the final stage in Clocaenog forest.

But it wasn’t just McRae who catapulted to world fame that day.

Or his boss’s mullet.

It’s funny how history is repeating itself.

Welshman Elfyn Evans is in touching distance of lifting this year’s world crown — he’s 14 points ahead going into the final round.

Even funnier, he’s doing it in a car which, like a Subaru sans McRae, is as fashionable as a hearing aid.

You’d normally see a Toyota Yaris outside a bingo hall or a doctor’s surgery but get ready for the GR Yaris to become the new darling of performance car fans.

Note the letters GR, which stand for Gazoo Racing.

That tells you this isn’t a regular Yaris in a tracksuit and trainers, this is a ground-up homologation special — the closest thing to a rally car for the road.

Built for racing and adapted for the road, rather than an existing road car adapted to go racing, if that makes sense. All under the guidance of Finnish rally legend Tommi Makinen, McRae’s old nemesis.

READ  Where Will Tesla Be in 5 Years? - Motley Fool

The GR Yaris has a bespoke three-door body, lightweight panels, trick suspension, four-wheel drive and, if you pay a bit extra, limited-slip differentials on both axles. It also has the most powerful three-cylinder engine in any production car in the world.

So it’s rare and special and bloody intoxicating.

Find an empty road and give it some, and it just gets better and better. Everything tight, everything right.

I honestly thought these days were gone but Toyota has delivered a blistering hot hatch with all-weather traction at an affordable price.

Everything is safe and controlled in Normal and Track but you could make a fool of yourself in Sport. Think playful puppy waggy tail.

You might also notice the manual handbrake. It gets better. Give it a tug and the four-wheel drive system disconnects the rear halfshafts to make you look like a pro.

Other observations. The all-independent suspension smooths out our rubbish roads. The seats are nicely bolstered. It sounds great.

But I do have a few niggles.

As remarkable as that engine is, it is a leeetle bit laggy. The touchscreen is as sophisticated as a school calculator. The boot is smaller than a microwave, with the battery hidden where the spare wheel would go.

But honestly, who cares? All the time and money was clearly spent on creating a true enthusiast’s car.

Best Toyota ever? Possibly. I love the old Supra and Celica but this is small and light and wired for fun.

I have absolutely no doubt the GR Yaris will become the next clubman’s rally weapon, just like the Group N Impreza of old.

Let’s finish with a few words from Elfyn, son of former British champion Gwyndaf, as he prepares for Rally Monza early next month.

He said: “I will need to be at my best. With the points situation as it is, the championship is still very much an open game. We will go to Monza trying to win the rally.”

If in doubt, flat out. 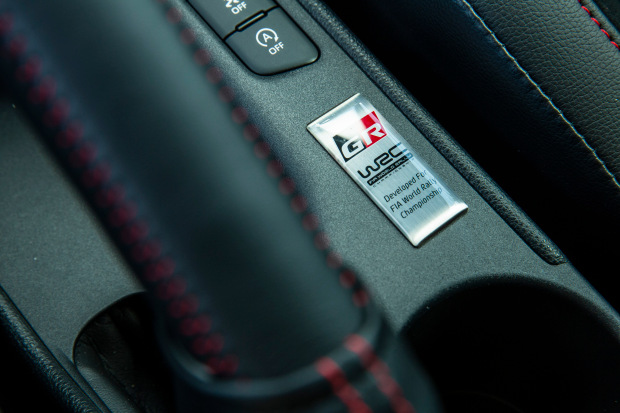 ON this day 25 years ago, Colin McRae won the world rally crown on home turf after a ding-dong battle with Carlos Sainz.

Dad Jimmy said: “I will always remember the finish and the doughnuts and the crowds, it was unbelievable.”

Now Jimmy is backing Elfyn Evans to become only the third British world champ – after Colin and Richard Burns (2001).

DON’T GET CAUGHT OUT

Drivers could be fined £2.5k for parking outside home in lockdown

Is it illegal for someone to park on your driveway or in front of your home?

How much does it cost to charge an electric car and how long does it take?

Can I drive during coronavirus lockdown? Car travel rules explained

Jimmy said: “A Scotsman, an Englishman and a Welshman. If he goes ahead and wins it, it couldn’t happen to a nicer bloke.”

Sadly, Colin and Burnsie are no longer with us.

Explainer: What the Brexit deal means for car manufacturers – Autocar

Dawn Schoate Killed In Auto Accident In Cleveland – The Chattanoogan

12 people arrested, 2 cars impounded after blocking lanes on I-5 in Seattle – KIRO Seattle

Honoring Dr. King and His Legacy With $150000 Donation to Atlanta's King Center – ReportAlert.info