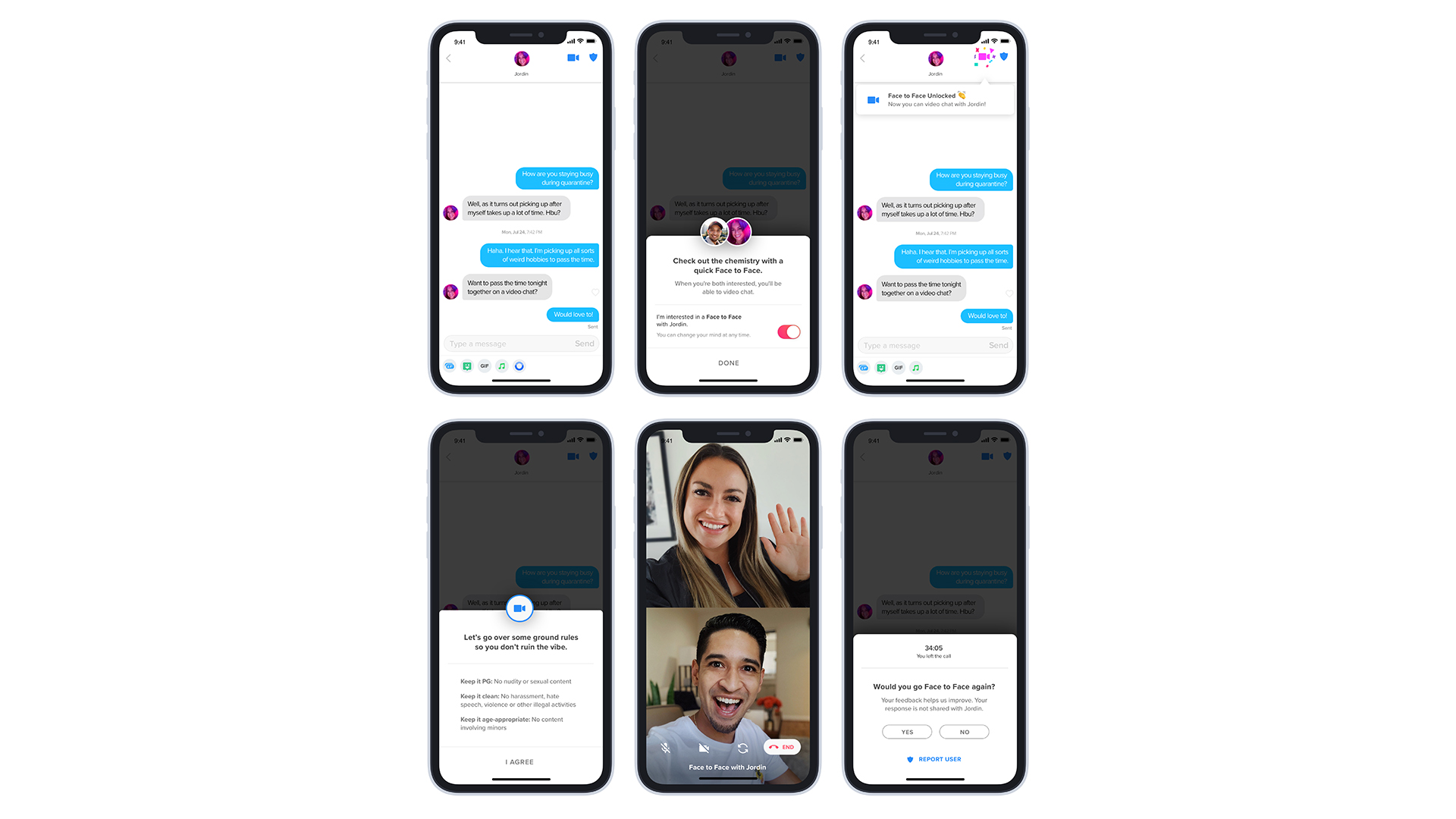 There’s a new feature on the Tinder app and this ought to make surprises during the first date less likely. The new feature introduced by Tinder is called Face to Face Video which will allow users to video call others on the app.

This comes at a time when everything is moving to the online phase with the covid situation around the world. According to the developers of the app the addition of the video calling feature will allow users to communicate better while at home.

According to a blog released by the devs, the feature is rolling out for testing in the US, Brazil, Australia, Spain, Italy, France, Vietnam, Indonesia, Korea, Taiwan, Thailand, Peru and Chile.

“With happy hours, concerts and coffee catch-ups becoming virtual by default over these past few months, our team had a lot of questions about how we could help our members get to know each other through in-app video: Would weekend date nights still be a thing? Would matches want to stream an entire season of that one series together? While we don’t have the answers to all these questions yet, the only way to find out is by giving our community the chance to try it out,” says the blog.

The blog mentions that the 1-on-1 video calls will prioritize control and comfort. Just like matching, the feature ensures both are on the same page with video. Once the conversation is flowing and users are ready to show interest in a Face to Face, they need to tap the video icon.

The feature won’t be enabled until both have opted in. And it doesn’t tell the match when the other has toggled it on. It can be disabled at any time after Face to Face is unlocked, callers must agree to Tinder’s ground rules so chat can start.

JavaScript, Python, and Java remain most popular languages on GitHub

What is Strava, how does it work and is it worth paying for?

Flipkart hives off PhonePe, chips in with $700 million investment – Here's why