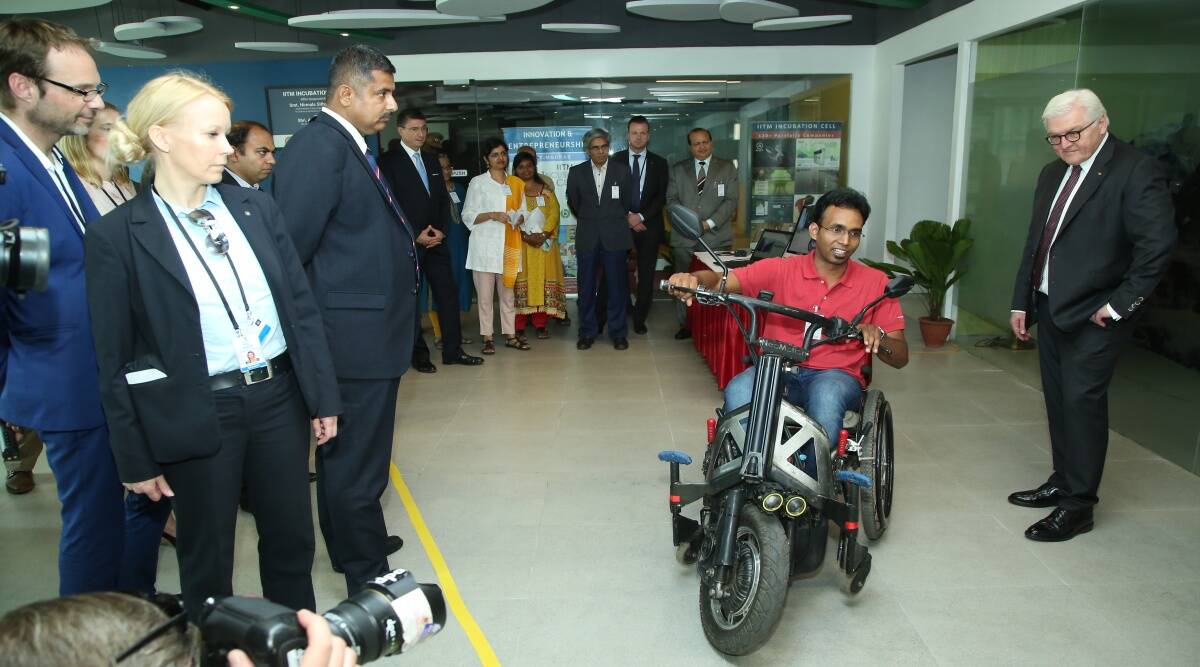 A device that detects hearing impairment in infants and small children; a wheelchair with 18 features to customise and a motor-powered clip-on that makes it roadworthy; and an app that automates speech therapy — three Indian startups have won the inaugural Prosus Social Impact Challenge for Accessibility (Prosus SICA), to mark the International Day of People with Disabilities on December 3.

Prosus, the global consumer internet group of Naspers, known for investing in companies such as OLX, Swiggy and PayU, among others, initiated the programme with the aim to scale technology for persons with disabilities (PwDs), where three assistive tech entrepreneurs could secure mentoring and a combined financial grant of Rs 55 lakh. In partnership with Invest India and Social Alpha, Prosus SICA will identify and support 15 entrepreneurs in all, who are engaged in developing assistive technology. Of these nine companies will receive financial grants from the Rs 1.65 crore committed by Prosus over three years, starting 2020.

Sohum Innovation Labs, NeoMotion Assistive Solutions and Stamurai from Demosthenes Technologies – all early-stage Indian ventures developing technology to aid PwDs, have been selected this year. While Sohum will receive a grant of Rs 25 lakh, NeoMotion and Stamurai will receive Rs 18 lakh and Rs 12 lakh respectively.

“We feel very strongly about inclusion and accessibility. While philanthropies and charities have done commendable work in the sector, we believe it was an opportune moment to demonstrate a business case for accessibility, and support entrepreneurs working on assistive technologies. We aspire to help them scale their ideas and become self-sustainable businesses,” Sehraj Singh, Director of Public Policy and Corporate Affairs, Prosus, told The Indian Express. They received over 200 applications, out of which a jury of 18 members arrived at the top three.

The first place was awarded to Bengaluru-based Sohum Innovation Labs, founded by Nitin Sisodia, which has designed a highly accessible device to detect hearing impairment in infants and small children, allowing for a non-invasive procedure that captures a child’s response to sound stimulus in just 90 seconds. 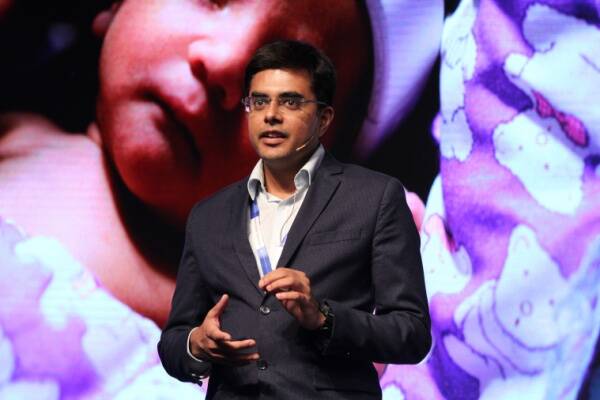 “In 2011, when I was working at the child development clinic at AIIMS during the Stanford India Bio-design fellowship, a five-year-old, who was not able to speak, was brought in by his parents. Upon examination, the doctor found out a hearing impairment and said it was already too late for any intervention. Later, I found out how this happens to eight lakh babies all over the world, and 90 per cent of them in the developing world, and there is a lack of appropriate technology in India,” said Sisodia, who set up Sohum in 2012.

Chennai-based NeoMotion, who won second place, makes bespoke wheelchairs, designed to ensure accurate posture, energy conservation and compactness to enhance accessibility and mobility. Founded by Swostik Sourav Dash, these wheelchairs also come with a motor-powered clip-on which converts the chair into a safe, roadworthy vehicle, eliminating the need for the user to transfer into other vehicles.

“In 2015, I was working on the research project Standing Wheelchair, and traveled across 40 locations in India and interacted with around 200 users. It gave me a first-hand understanding of the kind of products in the market. Every year, close to three lakh wheelchairs are sold in India, and 95 per cent of them are of the concept of one size fits all. This affects the health and posture of the users and their outdoor mobility is restricted,” said Dash.

Hence, he started developing a wheelchair with 18 customisations, based on the measurement of the person, terrain and the environment where it is being used. “If we do these 18 things correctly, the person will be seated with a great posture, the propulsion will be easy, a user will cover three to five times more distance for every push. And it is 30 per cent compact,” he says.

The third startup to secure the grant is Stamurai, a cost-effective and accessible mobile app that aims to address speech and language disabilities. Co-founded by Meet Singhal, Harsh Tyagi and Anshul Agarwal, all IIT-Delhi graduates, it automates speech therapy and serves as a personalised, digital coach to guide the user. 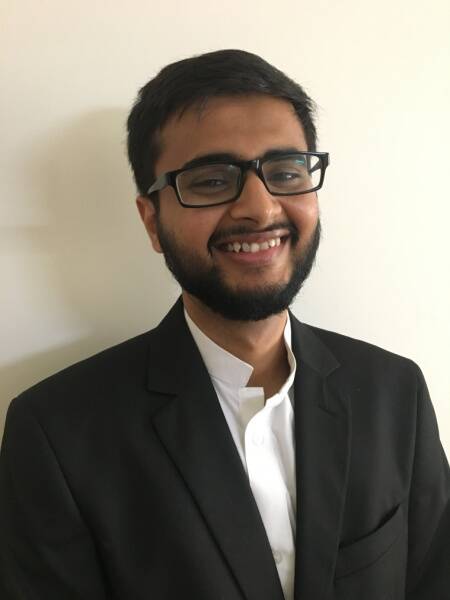 Stuttering not just affects a person’s speech, it affects one’s emotional state, said Singhal. “A person can be in a constant state of fear, shame, anxiety and self-doubt. I had gotten to a point where stuttering used to control my entire life. I preferred to walk three kilometres to reach the office and avoid talking to the bus conductor, or order dishes at restaurants that I could say more comfortably than the ones I like,” he said.

When Singhal decided to turn to conventional speech therapy, he found three major issues with it. “First of all, it is expensive, and ends up costing Rs 40,000 in India. Second, the relapse rate is over 80 per cent as it needs constant practice, with no one cure. The third is that speech therapists are scarcely available. India has only 2500 licensed therapists to cater to over 16 million people with speech defects,” he says. He then decided to team with two of his IIT-D batchmates to create Stamurai. “So we bring the costs down, make it more accessible – anyone with a smartphone gets access to therapy, which also means therapy never has to end, and the chances of relapse go down,” he adds.

Two more startups were selected for mentorship and guidance by Prosus – Cogniable and Thinkerbell Labs. While Cogniable, cofounded by Manu Kohli, is an autism management tool that aids with early automated screening and remote guided treatment; Thinkerbell Labs, led by Sanskriti Dawle, was chosen for their Braille literacy device, Annie, that helps the visually impaired read, write and type in Braille through interactive audio-guided content.