This gorgeous, easy to use coffee machine will definitely be appearing on a few Christmas lists.

It’s similar in size and functionality to other coffee makers in Lavazza’s A Modo Mio range. It measures 15.7 x 29 x 36.6cm, so it has a fairly small countertop footprint and, as it’s a pod coffee maker, it’s quick and convenient.

You only need to fill the water reservoir, add a pod and press a button to get your espresso hit. You can choose between a regular and a long espresso and the cup shelf is adjustable to fit a larger vessel. This type of machine is also very easy to clean.

It has a 0.9 litre water reservoir and will automatically eject capsules into a drawer, which holds six used capsules. The machine has light alerts to let you know when the capsule drawer is full, when the water tank needs to be refilled and when the machine should be descaled.

It’s compatible with Lavazza’s Eco Capsules, which come in seven varieties and are industrially compostable. What this means is that, although you can’t stick them on your compost heap at home, you can add them to your food waste and they’ll be broken down and biodegrade via your local council’s facilities. If you don’t have food waste collection, you can send them back to Lavazza for recycling.

What’s more, we think that the Lavazza capsules are about as good as it gets in terms of flavour for pod coffee, although those are fighting words as far as Nespresso fans are concerned. 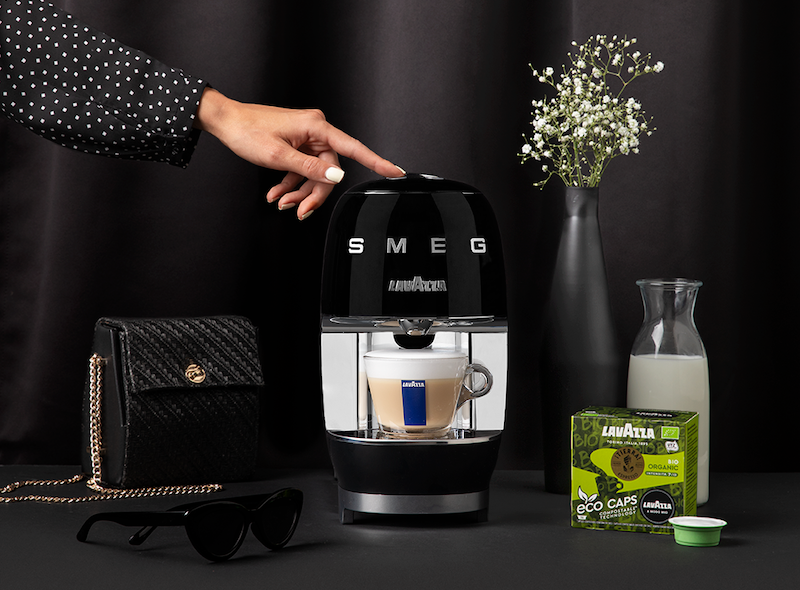 Still, the Lavazza A Modo Mio Smeg coffee machine has one limitation, beyond its overly long name. It’s espresso only, so it won’t make mixed drinks. That’s to say, if you’re a cappuccino or latte drinker, you’ll need to get a separate milk frother.

We can highly recommend Lavazza’s MilkUp (£59, available from Lavazza in black or white), or, if you have a bit more to spend, Smeg’s milk frother is £149.95 (available from John Lewis, among other retailers).

We’ve reviewed two of the machines in Lavazza’s A Modo Mio range and rated them pretty highly: the Desea and the Idola. They’re reliable and easy to use and we reckon the co-branded Smeg coffee maker will have very similar functionality to the Idola.

However, as handy as those machines are, they are not quite as attractive as a Smeg appliance, which is all gleaming retro curves. Smeg itself does a fantastic espresso coffee maker, which is compatible with both ground coffee and ESE pods. However, at £319, it’s over a third more expensive than the Lavazza-Smeg joint offering.

And that is really the key point in favour of the (deep breath) Lavazza A Modo Mio Smeg coffee machine. You’ll get all the countertop appeal of a Smeg machine at a Lavazza price point. 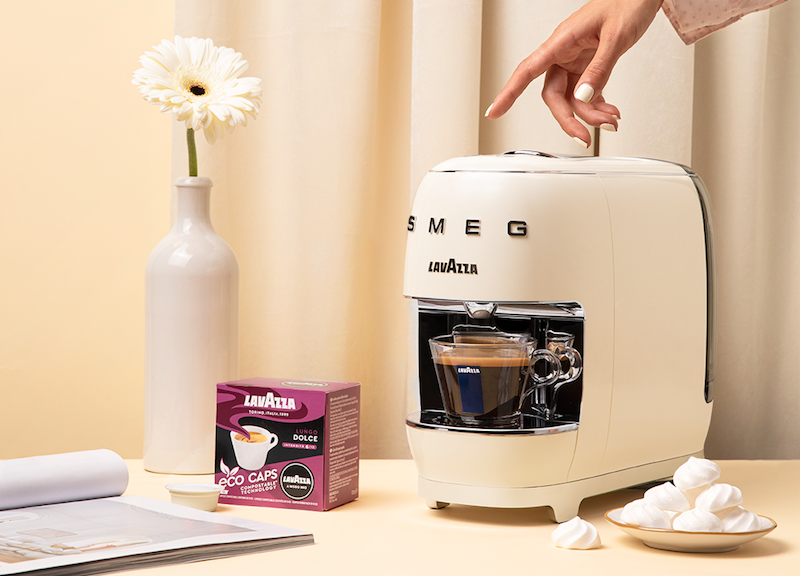 It cost £199 and is available in red, black or cream from the Lavazza site and will soon be available from John Lewis at the same price. In November, both sites will also launch a £300 bundle deal (saving almost £50), combining the coffee maker with Smeg’s milk frother.

It’s hard to think of anyone who wouldn’t be happy with this as a Christmas present.

If you’re on the lookout for more options, check out our round-up of the best coffee makers we’ve tested, where you’ll see three machines from Smeg and Lavazza in the top ten.

The Wristcam is a camera for your Apple Watch – The Verge