CHICAGO (CBS) — A thief was caught on video going to great lengths to steal a Wicker Park man’s packages — by first stealing his identity.

Police are still investigating. It’s something officers say they haven’t seen before.

Jordan Kamps said a thief used a fake ID with his name on it to get his extremely valuable package before it could even make it to his front door. By the time he got a UPS notification his package was delivered, the brand new Apple computer he spent the day tracking and waiting for was already in the wrong hands.

Kamps calls it a calculated crime.

“This is identity theft. This is package stealing on a whole other level,” he said.

A white SUV can be seen on video pulling up behind the UPS truck. A man in a mask and blue scrubs walks up to the truck, talks to the driver and walks back to the SUV, boxes in hand, pulling away by the time Kamps got outside to see where the package ended up.

But Jordan says the UPS driver was still there, confused when he approached him.

“He went back to his truck to see if it was there and came back and said, ‘I know what happened. I got robbed.’ And I’m like, ‘No, I got robbed.’”

The driver told him the man in scrubs had an ID with his name on it and was expecting the computer.

“‘My name, Jordan Kamps, on that ID?’ And he’s like, ‘Yeah, your name. I even looked your name versus the package name.’”

READ  Oppo smartwatch showcased by company exec ahead of launch

Jordan called for police. They took statements from him and the driver and they tracked down video, but no one has tracked down the man in blue scrubs yet. 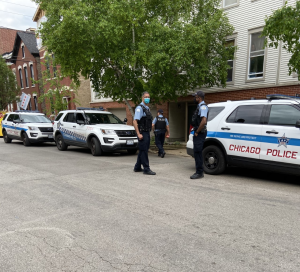 “They knew a lot about me and a lot about my package. Where I lived and what time the package was getting there,” Kamps said.

Friday night Apple was conducting an investigation of its own, planning to send a new package to Kamps. He said he will wait outside for it.

“I’m going to be out here all day,” he said. “I’m not letting this happen again.”

CBS 2 talked to a spokesperson for UPS on the phone and gave them all of the information about this. They are investigating and will give an update on Monday. The representative gave the following statement:

“Thank you for bringing this to our attention. Meeting our service commitments to our customers is UPS’s first priority. We are actively investigating the situation and will work with the customer to resolve the issue.”

iPhone 12 purchases will reportedly not include power adapter

Kuo: Apple will not include earbuds or charger in iPhone 12 box – 9to5Mac

The coolest things the Apple Watch can do – Tom’s Guide