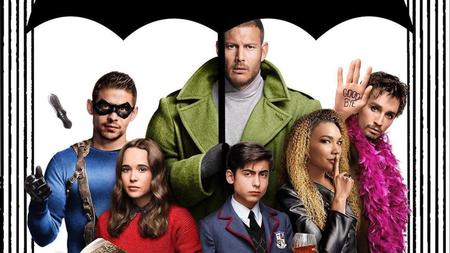 The second season of Netflix’s alternative superhero series – Umbrella Academy – is just around the corner. The series is an adaptation of the comic book series of the same name, interestingly co-created by Gerard Way from My Chemical Romance.

If you’re looking to tune into season 2, we’ve rounded up everything you need to know, including the plot details, air date and cast. We also have similar roundups of Amazon’s The Boys, and the next season of the fantasy series, The Witcher.

When will season 2 of The Umbrella Academy air?

You’ve not got long to wait, because The Hargreeves family will be back on our screens on 31 July 2020. Like season 1, all ten episodes should be released at once so you can binge them in a weekend should you wish.

Who will be in season 2?

As well as the entire Hargreeves crew, there will be three new additions to the main cast lineup. These are:

Whilst there isn’t an official trailer which details the plot, there is this low-key date announcement for the series with clips of the cast in their homes.

Warning – spoilers for season 1 below

Season 2 will pick up directly where the season 1 finale left off – when Number Seven/Vanya destroyed the moon, causing a catastrophe on Earth and leaving the academy no choice but to jump back in time to stop the events that lead to the apocalypse from ever happening.

When they land after time travelling, they’re in 1960s Dallas, Texas. Season 2 will take place across a period of three years, exploring how all of the gang are dealing with the new setting. Some have built a new life for themselves, whilst others are trying to reunite to prevent another doomsday that’s happening in the sixties.

In addition, there will also be a trio of ruthless Swedish assassins who are after the gang, making things all the more complicated. Allegedly the show will not be following the same pattern as the graphic novels exactly, so fans of the comic series will still be in for a surprise.

How to watch The Umbrella Academy season 2

To watch The Umbrella Academy, you’ll need to sign up for an account on the Netflix website. Plans start from £5.99/$8.99 per month. If you’d like to know how the platform compares to rivals, then take a look at our list of the best TV streaming services.

HMD Mobile: What is it, how much does it cost and how can I join?

New interface rolls out to Android TVs with Freeview Play