A little bit of history was made this past Monday evening through the efforts of the Southern Kentucky Chamber of Commerce Director Bruce Carpenter with an Internet version of “Meet the Candidates” for Williamsburg City Council when it was aired on Facebook. 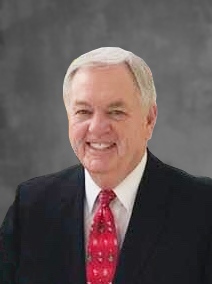 Don Estep is publisher of the News Journal.

I watched it on my iPhone and my compliments go to all who participated. From your home you could see and hear the candidates who are running for office.

The same thing will happen this Monday evening at 5:30 p.m. when the candidates for the City Commission in Corbin get their turn to be seen and heard.

It is a novel way of letting us meet people who are running for office that we know little or nothing about. I’ll confess, I don’t know many of the candidates. But I will also confess that I have already voted, and I voted for the ones I was familar with.

In future elections this kind of presentation could be done earlier. It can be most helpful in your decision on who will run the city’s government.

In years past, this newspaper has held several meet the candidates forums. We did one at the Civic Center on Highway 312 years ago, and invited the public to attend. A few interested parties showed up. We did one in recent years from the stage in the Betty Hamilton auditorium at Corbin High School. That one was televised on the local cable channel.

One thing that is apparent in local elections is that those who work the hardest or have the best name recognition get the most votes. This year nobody has knocked on my door and for good reason – COVID-19.

That puts those who work to get votes at a diasadvantage. Thus, it is more important than ever to present the candidates to you via the Internet.

It is easy to log on. If you have Facebook just open it and do a search for the Southern Kentucky Chamber of Commerce and you will be connected. You can use your phone, iPad, computer or whatever and be a part of this program.

As a rule, most citizens don’t attend local government meetings. But they do talk about them. People get their news from a newspaper, which is the most factual way. Others rely on sometimes twisted information via social media, and then there are those who get it by word of mouth.

Unless it is something controversial little is said about most meetings. It is most unfortunate, because you, as a taxpayer, have an opportunity to oversee the way your tax dollars are spent.

With any decision the office holders will get varying opinions on how to handle it. Especially on social media many think they have the right solutions and are quick to criticize.

That is why we should give our upmost respect to all candidates who are running for public office. It is not an easy thing to do.

Good luck to all who are running, and we hope our community will tune in and become more familar with those that will appear on this program.

In Brazil, 10 news outlets are teaming up to try to make journalism cool for young people – Nieman Journalism Lab at Harvard