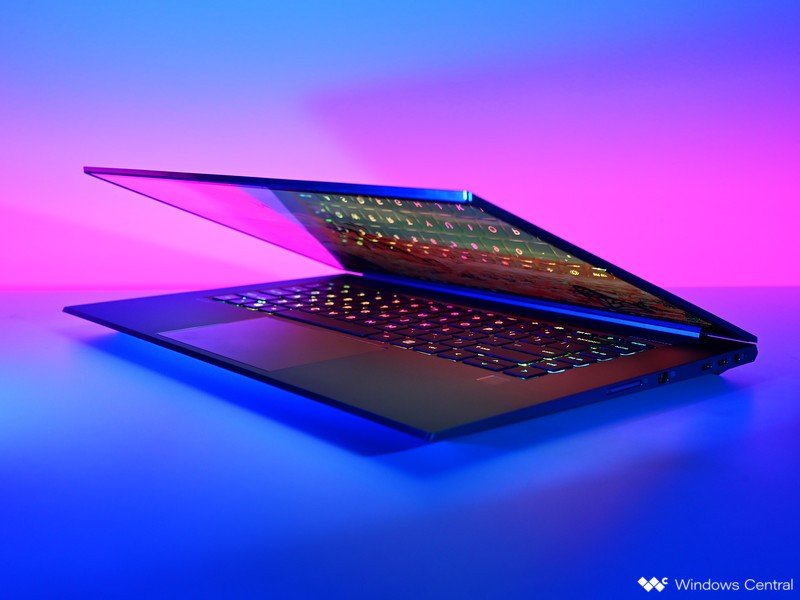 While many know of HP’s Spectre, Omen, and EliteBook PCs for prosumers, gamers, and enterprise, respectively, its ZBook line fills in the gap focusing on powerful mobile workstations. ZBooks are like EliteBooks, but with some OMEN GPU lineage to meet the needs of engineers and data scientists.

The ZBook Studio 15 G8, as the name implies, is the 8th generation and follows the major redesign of the 7th gen.

However, this is no ordinary laptop. I’ve spent the last ten days with the ZBook Studio powered by the all-new Core i9-11900H processor and RTX 3080 graphics. It’s all packed into a beautiful chassis that weighs less than 4lbs with a 4K touch OLED display. Oh, and HP put in a full RGB keyboard because data nerds and scientists may want to game in their off time too.

Here is what you need to know about one of the most awesome laptops of 2021 (so far).

HP refers to the ZBook Studio 15 G8 as “The ultimate benchmark for technical pros. Never has so much power been engineered into such a sleek package. Keep your best talent creating on the latest tech with the new benchmark for mobile workstations.” Indeed, the G7 redesign was so well-liked it won a Red Dot Design Award in 2020. The same looks and feel carry over to this year’s model.

For 2021, HP is upping the game with some impressive features and a few firsts too. It’s so commanding HP now refers to ZBook Studio as “the world’s most powerful laptop of its size.” A bold claim! Here is what’s new in the G8 version:

The laptop is clearly aimed at those who indulge in artistic endeavors relying on 3D design, video editing, and engineering (data scientists, developers, architects, etc.). HP even offers a data scientist software stack with about 13 software and developer tools to facilitate the setup for new users.

You can also configure ZBook Studio with Ubuntu 20.04 or FreeDOS 3.0 if that fits your workflow. There is similarly HP’s famed ZCentral Remote Boost, which lets the ZBook Studio login into a remote server for remote CAD work when even more power (or off-site assets) is required.

While I’m not allowed to report on the Core i9 processor benchmarks, as this is a pre-production engineering sample, let’s say I have never used a laptop with such powerful hardware that’s not a 6lb gaming laptop.

It’s fast. Very fast. Whether the task at hand involves speedily crunching data or fragging in some FPS video game, this laptop does it all. It’s also remarkably quiet thanks to the dual-fan liquid-vapor chamber thermal system and “liquid-crystal polymer fans” with three-sided venting. When using the ZBook Studio for non-GPU or CPU-intensive tasks, the fans are inaudible.

READ  Getting started creating scheduled tasks with PowerShell on Windows 10

The 4K touch OLED display with HDR500 is eye-wateringly gorgeous, but one does wonder what a 4K 120Hz DreamColor display delivers. 120Hz screens are only in gaming laptops right now, but many people see the benefit of high refresh displays for professional work, and HP has responded. That said, 4K OLED with HDR500 is an excellent bar for multimedia usage.

The ZBook Studio G8 is the coolest, most powerful workstation we have ever used.

Speaking of multimedia, the audio system features two tweeters and two woofers, all tuned by Bang & Olufsen. These speakers crank and have a resonance rarely heard in any laptop. It’s easily near the top, if not number one, for all Windows PCs.

I don’t want to harp too much on the keyboard. As I’ve repeatedly said in my laptop reviews, HP makes some of the best keyboards around. The ZBook Studio has crisp keys with Surface-level comfort that is perfect. The RGB option caused me to do a double-take as only Razer, so far, in its Book 13, has bridged the gap between gamers and prosumer level hardware. More companies should do it as it is splendid.

And if you do not like RGB keyboards? Just set it all to white, and you will never know. Everyone wins.

The only thing the ZBook Studio G8 is missing is 4G LTE or 5G. I asked HP about it, and they said pretty honestly there was just no room. That makes sense since this laptop also has a nicely sized 83WHr battery. While it will not beat a smaller Ultrabook in longevity (“up to 9 hours and 30 minutes”), that is a competitive size for a laptop this powerful.

Plus, if you want 5G in a ZBook, HP does offer it in the ZBook Firefly (review coming soon), which also has a full number pad.

Overall, I have not been this excited about a workstation-level laptop in years. Gone are thick bezels, clunky designs, poor speakers, and lousy trackpads. The ZBook Studio G8 is a laptop I could use every day, and I am not even its target audience.

We will, of course, have a full review of the ZBook Studio G8 closer to its launch, which should be later this summer. Pricing will also be announced later, but a system previewed here will drain your wallet, so start saving now. It will be interesting to see if anything beats it in size vs. power, but my money is on HP for this one.

The new ZBook Studio G8 packs up to an 11th Gen Core i9, RTX 3080, 4K OLED, or 120Hz LED 15.6-inch display in an award-winning design. HP claims it’s the most powerful laptop of its size, and it might be right. Plus, RGB keyboard. It ships this summer.


Intel has announced its 11th Gen H-series of processors aimed at high-end gaming rigs and portable workstations. Based on Willow Cove core microarchitecture on 10nm SuperFin the new chips feature Thunderbolt 4, Wi-Fi 6E, more PCIe lanes, and PCIe 4.0 on top of the “world’s fastest” single thread performance. Over one million of the chips have already shipped and are available in the…


Dell has today announced the brand new versions of its popular XPS 15 and XPS 17 laptop range, now featuring the latest 45W Intel 11th-generation chips for extra performance and a new 3.5K OLED display panel for the 15.6-inch variant. Featuring the same great design as last years XPS line, but with the latest and greatest specs.